United fell a goal down after just 17 minutes courtesy of a Paulo Dybala strike and were left constantly chasing the game.

The Italian giants were in cruise control and their fans were as audible as ever, with many deciding to get on Mourinho’s back. 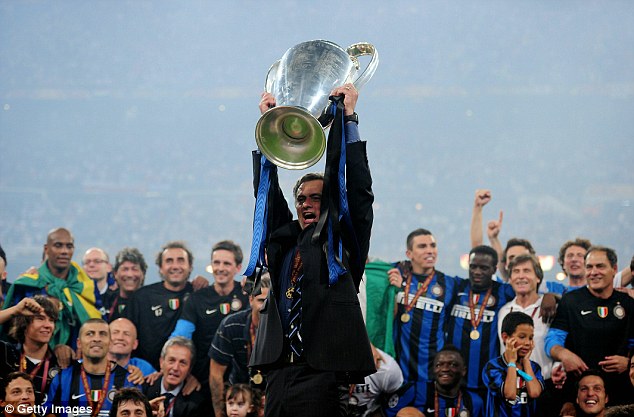 Juve supporters proceeded to take aim at Mourinho mid-way through the second half, reportedly singing songs and chants which included phrases such as ‘Mourinho s*** man’ and ‘Mourinho son of a b****’.

The Portuguese then responded by directing his three fingers towards the away end in a gesture which alluded to his time managing Juve’s rivals Inter Milan.

During Mourinho’s stint at the San Siro he bagged a stunning treble, during which his side knocked Juve out of the Coppa Italia at the quarter-finals and finished 27 points above them in the Serie A table.

The gesture comes after he did the very same thing at Stamford Bridge last weekend.

But, on Saturday, Mourinho returned to the Bridge with United and looked to have completed a sensational turnaround, courtesy of an Anthony Martial double, before Ross Barkley fired home a stoppage-time equaliser.

Some sections of Blues supporters jeered at the final whistle, to which Mourinho responded by throwing his three fingers up to the crowd, denoting his three league titles he won during his tenure there. 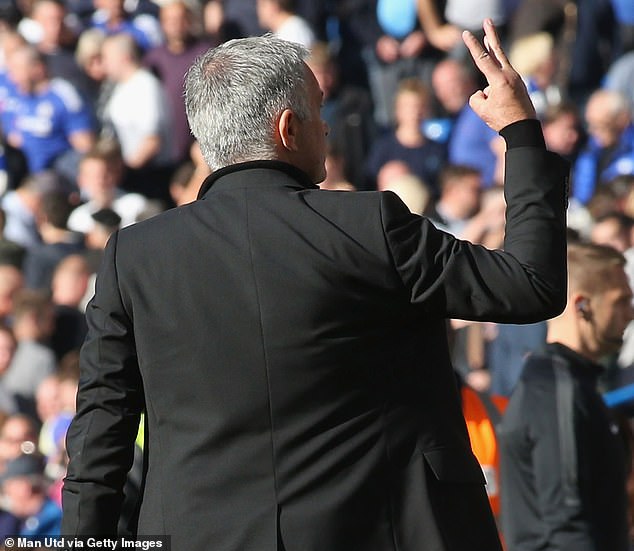