Why myna birds AREN’T as awful as you think: New study shows they’re getting a bad rap

Why myna birds AREN’T as awful as you think: New study shows the winged invaders Aussies love to hate are getting a bad rap

A new study has shown that ‘Australia’s most hated bird’ might actually be unfairly despised because they aren’t as bad for the country’s environment as we once thought.

An international study published in the Nature journal studied over 4,000 different cases of birds being introduced all over the world.

Experts examined 700 species of bird, including Australia’s least favourite variety,  the common starling – the family of bird the myna belongs to.

A new study has shown that ‘Australia’s most hated bird’ might actually be unfairly despised, and aren’t as bad for nature as we once thought 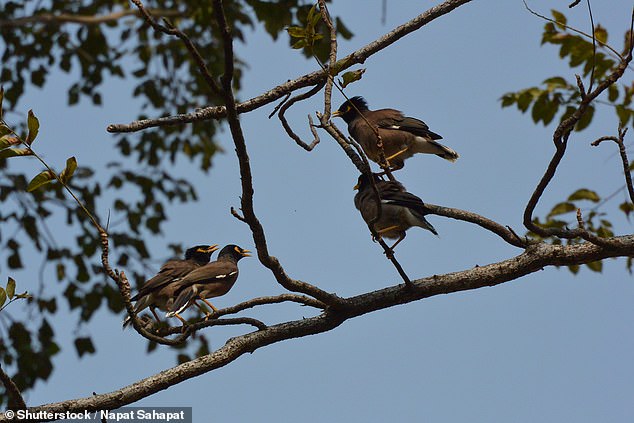 He said that the negative impacts of invasive birds like the myna on Australian wildlife are fairly trivial.

Mynas are so disliked that they’re often described as ‘flying rats’ or ‘cane toads of the sky’ and are among the world’s most invasive animals.

‘Invasive birds in Australia are really a very minor problem in terms of biodiversity, compared with habitat loss,’ Dr Major told the ABC.

He said that the loss of natural habitats is the main cause of animal extinction in Australian nature, and this isn’t going to stop any time soon.

He believes the myna has become very unpopular with Aussies for reasons not directly tied to their effect on other animals.

‘People don’t like them and this is really because they cohabit so much with people –  they live in the places where people do, so we have a lot of contact with them around houses,’ Mr Major said.

He said the myna’s native counterpart, the noisy miner (or Manorina melanocephala) has a much larger effect on the loss of biodiversity among native birds. 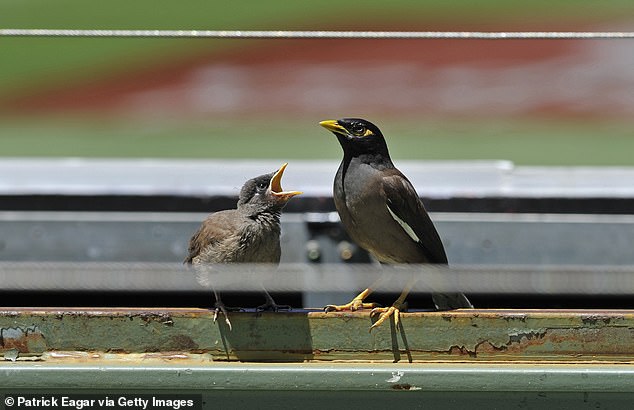 The overabundant species has made the most of human impacts and changes to the environment.

This could actually protect the country from even more invasive birds, according to conservation scientist Salit Kark from the University of Queensland.

Why are mynas so hated?

There is concern that common mynas have a negative impact on native birds through competition for food, nesting sites and territories

Despite being considered a highly invasive species, there has been surprisingly little research on the negative impacts of common mynas on native plants and animals

During the breeding season there is usually considerable competition for nesting sites. Favoured locations are in the walls and ceilings of buildings, making these birds a nuisance to humans

The Indian myna has the potential to spread avian malaria, damage fruit, vegetable and cereal crops.

They’re also known to cause dermatitis, allergies and asthma in humans