During the slow, middle hours of the afternoon in Café Hawelka, the mind turns to another coffee and perhaps a third buchteln roll, scattered with poppy seeds and filled to bursting point with plum jam.

Nothing ever changes at Hawelka, which isn’t far from St Michael’s Square — the perfect spot to wander with a takeaway if you fancy it.

It’s not the most famous café in Vienna, nor the most glamorous. But it is the most perfect example of a café — the concept which this city invented as mainland Europe knows it.

Simple pleasures: The Daily Mail’s Rob Crossan recalls a trip to Vienna where he visited the ‘most perfect example of a cafe’

Hawelka has marble and wooden tables that have seen decades of use. The coat-stands are actually used by customers, the fabrics on the furniture are a tad threadbare and the lighting is as dim and warming as the oldest of gas lamps. There’s no menu and never has been.

Customers take their pick from the vast stack of the day’s newspapers and are taken to their seat where the waiter will simply tell you what’s on offer.

That doesn’t change much either. Double espressos, hot chocolate, apple strudels, Viennese whirls, goulash with bacon and apple pie. These are the rich, hearty foods that make the Viennese long for winter, not dread it.

The café has been run by the same family since it opened in 1939. I’m not old enough to remember original owner Leopold Hawelka himself (he died, aged 100 in 2011) but the stories still get told of how many romances he forged by deliberately seating single customers at the same table.

I don’t remember its intellectual high water mark either; the years when everyone from Arthur Miller, to Andy Warhol, to Henry Miller would drop by for urgent, then languid, then slightly drunken debates.

Why can’t other nations get their coffee houses and cafés to be like this? Perhaps it’s the location of Vienna; perfectly placed in ‘mittle’ Europe to capture the fiercely strong coffee from further East and the bonhomie that ascends from southern Europe, all diluted to just the right strength by the homespun Austrian skills at restrained social poise and a comfort with being left alone in public places. 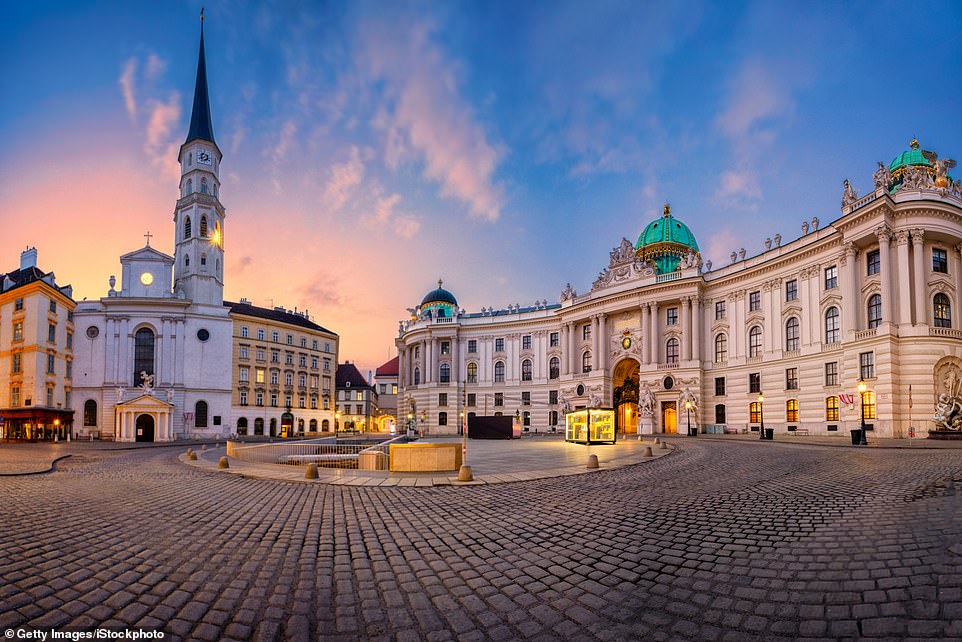 Impressive: St Michael’s Square in Vienna, which is a lovely place to wander around with a takeaway coffee 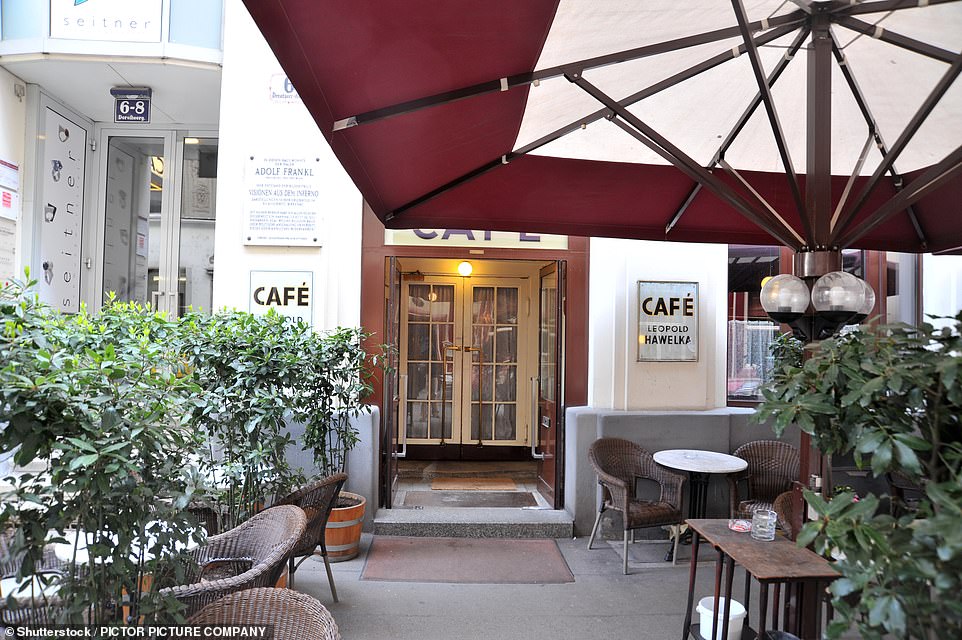 Café Hawelka has been run by the same family since it opened in 1939. Notable customers have included Andy Warhol

Outside, there is so much choice for things to do. I could see the works of Gustav Klimt and the other Secessionists who broke free from the Kunstlerhaus and reimagined modern art at the turn of the 20th century. I could head to the Volksoper and perhaps cadge a ticket in the cheap seats for an operetta. Perhaps I should go for an invigorating stroll amid the baroque finery of the Augarten before dusk draws too close.

But another customer has entered, bringing a gasp of cold Austrian air into the café in their wake. Best to stay put for now in the timeless warmth.