Why Schoolies are leaving celebrations EARLY

Teenagers attending this year’s Schoolies celebrations on the Gold Coast have been labelled the best-behaved group ever.

It comes as a fresh wave of Covid-19 results in some Year 12 finishers leaving the celebrations early.

Videos posted to social media this week shows that many students who had arrived to party have been confined to their rooms instead because of Covid outbreaks.

Despite fears of a sex and drugs rampage, teenagers attending this year’s Schoolies are being labelled the best-behaved group ever 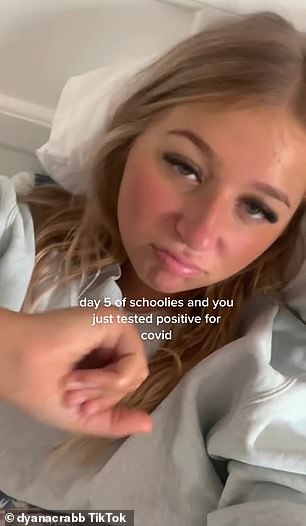 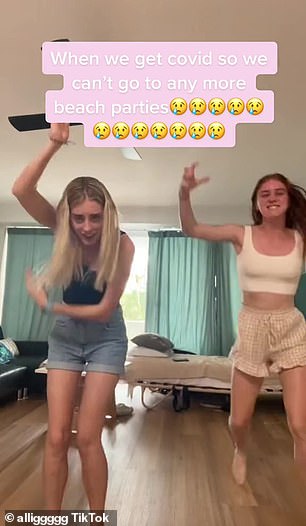 Videos posted to social media on Thursday show many students who had arrived to party confined to their rooms instead.

An estimated 25,000 Schoolies descended on the Gold Coast alone this year.

Thousands more also headed to Byron Bay, the Sunshine Coast, Airlie Beach and Lorne and even further afield to Fiji and Bali.

Covid cases spiked in Queensland just as the Year 12s started arriving, surging over 10,000 for the first time in months.

Friday’s figures show new cases have remained high at 10,082 for the seven days to November 23.

Outbreaks are now apparently common among the disappointed teens.

‘When we get Covid so we can’t go to any more beach parties,’ one video posted by two girls on Thursday was titled.

It showed friends in mock despair and indignation, pounding the floor, then laughing, as they are stuck inside while bright sunshine streams into their room.

Another teen posted a video titled ‘day five of Schoolies and you just tested positive to Covid.’

Two other teenage girls posted a similar clip expressing their disappointment and saying they were now leaving.

‘Point of view: you came to Schoolies for a good time, only to feel like s*** and both test positive for Covid today so she’s leaving tonight and I’m checking out a day early.’ 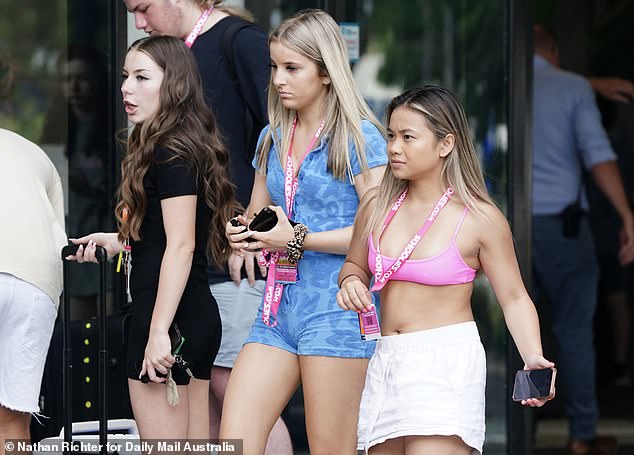 The latest Covid-19 upsurge in Omicron cases has one expert calling on party-goers to take precautions (pictured, partygoers on the Gold Coast)

Gold Coast business owners described a drop in usual trade despite the presence of the school leavers, the Gold Coast Bulletin reported.

One of the exceptions the the BWS store on Hanlan Street at Surfer’s Paradise.

A staff member from BWS said sales of Guava Vodka Cruisers had been ‘through the roof’.

A staff member from Surfer’s Paradise Tattoo said the students were getting ‘responsible’ tattoos and piercings.

‘A guy came in and got a rose for his grandmother, and someone got a butterfly for his mum,’ said Kangi, a piercer with the parlour.

At an airbrush tattoo parlour on Cavile Avenue, long queues formed as teens showed a preference for temporary ink. 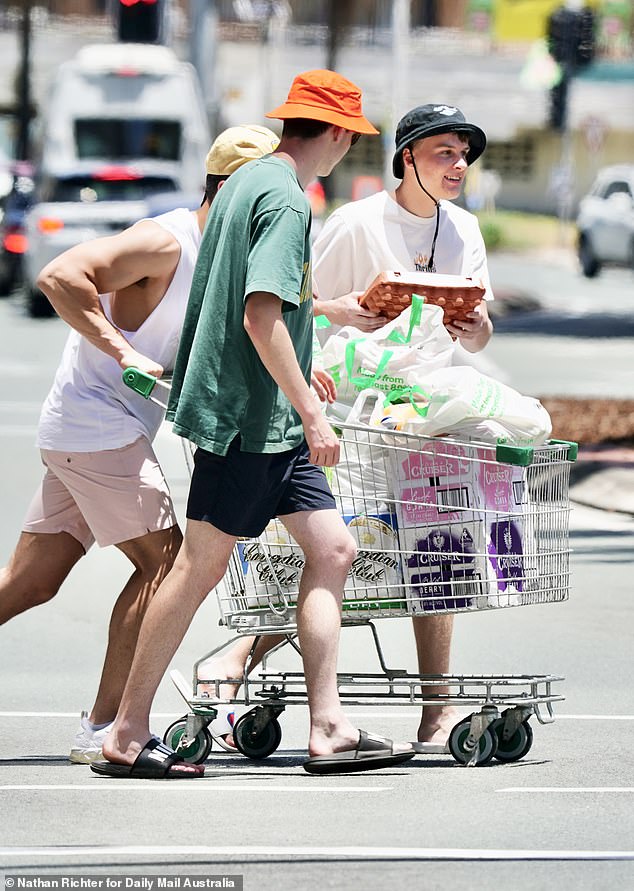 Most of the official events took place in outdoor venues, which minimised the risk of contracting the disease (pictured, boys getting the essentials) 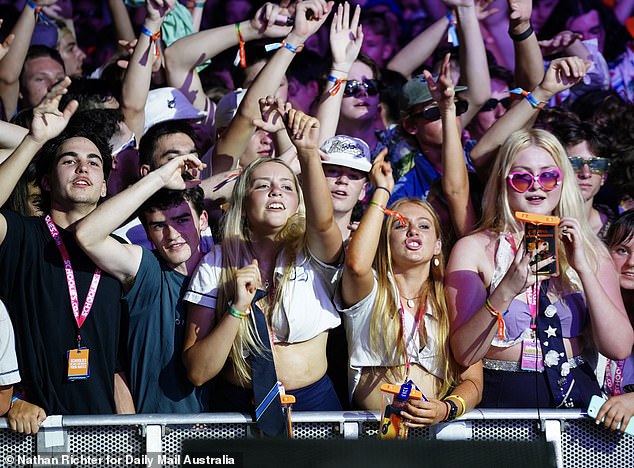 School leavers are pictured enjoying Schoolies in Surfers Paradise, where arrests have ticked up as the week goes on

Ahead of the celebrations, Covid experts were keen to issue warnings about the virus.

Griffith University infectious diseases expert Professor Nigel McMillan told the Brisbane Times most of the official events took place in outdoor venues, which minimised the risk of contracting the disease.

Professor McMillan recommended that festive goers should stick to the outdoor events and encouraged the basics of hand washing and general hygiene.

‘No one likes a ‘Toolie”, Mr Ryan said. ‘Leave this week to the young people who have worked hard and deserve to celebrate their accomplishments responsibly.’

Toolies are men, who have left school, that sneak into Schoolies events to have sex with female students.

Before the event a vile schoolies checklist aimed at teenage partygoers emerged online causing outrage and worry amongst parents. 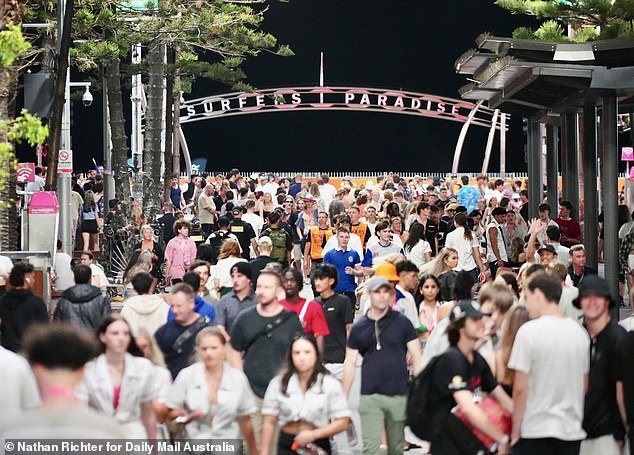 Around 25,000 people have gathered in Surfers Paradise (pictured) for the annual Schoolies celebrations

It outlined 10 challenges for boys attending, including a variety of explicit sex acts, sexual assault and drug use.

The first item on his list is to ‘do a line on a chicks ass’. Doing a line is a reference to snorting cocaine or amphetamines.

Queensland police commissioner Katarina Carroll said Schoolies had been generally well behaved despite an increase in arrests after a quiet first day on Monday November 20.