Why shopping at Aldi may only save you £5 a month: Meagre savings because middle-class still only do part of the shopping at budget retailers

Middle class shoppers switching to Aldi and Lidl are only saving £5 a month on groceries, figures show.

The average customer of the budget chains is spending £235 a month – while those who never go to the stores are paying out £240 a month.

Experts said the meagre savings were because middle-class shoppers were still only doing part of their shopping at the budget retailers, choosing to buy the bulk of their groceries at traditional chains. 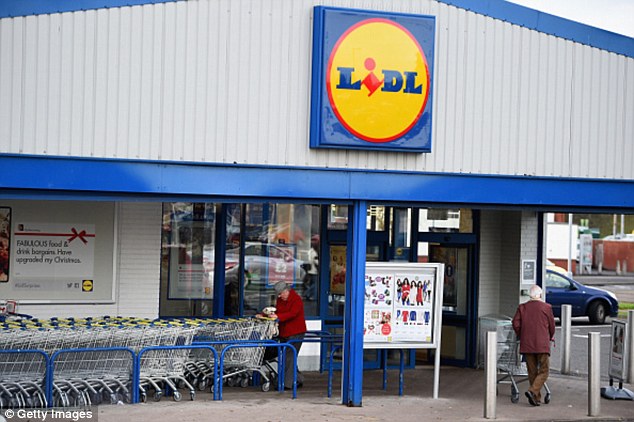 It means that occasional ‘top-up’ trips to Aldi and Lidl sometimes barely save shoppers enough money to cover their petrol.

In recent years, large numbers of shoppers have ditched established chains such as Tesco and Sainsbury’s in favour of cheaper alternatives. But research by retail analysts Impact Research found many still refused to exclusively shop at the German-owned discount stores, resulting in tiny savings.

Analysis of 1,700 shoppers found that just a quarter of Lidl customers did their ‘large shops’ at the store, rising to a third for Aldi customers.

The rest said they only used the stores for top-up shopping or to buy specific items, rather than get all their groceries there.

Customers who only did smaller shops at the cheaper supermarkets said they did so because they offered poorer choice and had a worse store layout.

By comparison, over half of Tesco customers said they did their ‘large shop’ with the traditional retailer.

Shoppers who used discount stores showed less loyalty to one store, shopping at around five different supermarkets, the study found. 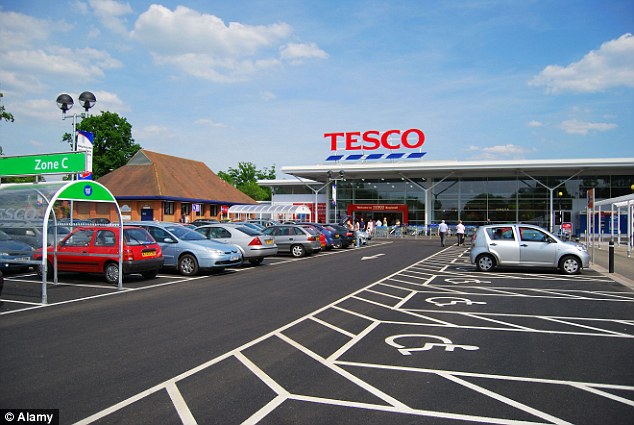 By comparison, over half of Tesco customers said they did their ‘large shop’ with the traditional retailer

This compared to just three stores among those who shunned budget chains.

British supermarkets have embarked on a fierce price war with discounters in recent months in a desperate bid to claw back customers who opted for cheaper chains following the recession.

The new report by Impact Research suggests that shoppers who made the switch may not be saving as much as they hoped.

It said: ‘Customers are not making huge savings as they are only buying a small proportion of their shopping here (at discount supermarkets).

‘This may change in the future, as 21 per cent of Aldi and Lidl customers claim they will shop there more frequently than in the past four months, meaning that the proportion of their monthly grocery spend on groceries spent in discounters is likely to rise.

‘For the time being, it is up to the individual to decide whether they are truly better off by shopping at the discounters.’

Aldi now accounts for 5.6 per cent of the market, while Lidl has 4 per cent.

In April, Aldi overtook upmarket rival Waitrose, which has a 5 per cent market share. 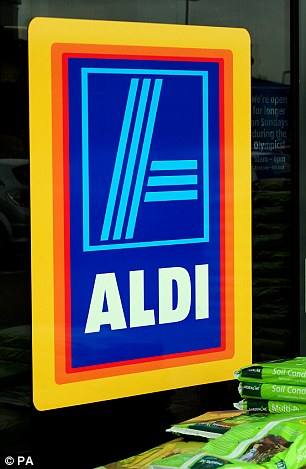 The supermarket is aiming to increase its UK workforce to 35,000, as well as open 130 new stores in the two-year planned investment, which it says will lay the foundation for 25 years of growth.

Aldi has boomed in recent years, and in April it overtook Waitrose as the UK’s sixth-biggest supermarket, with 5.3% of the market share.

Alongside a raft of other expansion announcements on its 25th anniversary, Aldi also launched its campaign as an official Team GB partner with a year to go until the Rio 2016 Olympic Games.

As part of the partnership, the supermarket has recruited six Team GB athletes including Nicola Adams, who became the world’s first female boxing Olympic champion in 2012.

‘Since we opened our doors in the UK in April 1990, we’ve worked hard to establish British roots, sourcing locally where possible and building long-term relationships with British suppliers,’ he said.

‘The partnership with Team GB celebrates this and epitomises the spirit of teamwork that is at the heart of how we give customers what they want and respect what matters most to them.’