Plant lovers are going crazy over a new shower terrarium trend after a thread of stunning before and after photos took the internet by storm.

The trend sees green thumbs plant an array of greenery atop their showers – namely, air plants, ivy, staghorn ferns, starfish plants and pilea as they thrive in light-filled, damp environments.

The trend will also give your health a boost, with indoor plants scientifically proven to improve mood, decrease anxious behavior and increase creativity. 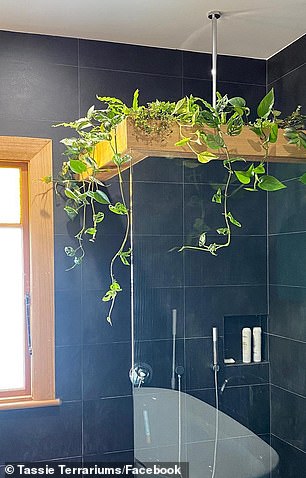 An Australian Facebook post from ‘Tassie Terrariums’ has captured the attention of thousands, with many praising its ‘modern jungle’ appeal.

It’s is not the first time a shower plant trend has wowed, with ‘eucalyptus showers’ previously making waves in the interior world.

The idea gained instant popularity and involves people hanging the plant from their shower heads to aid in sleeping habits. 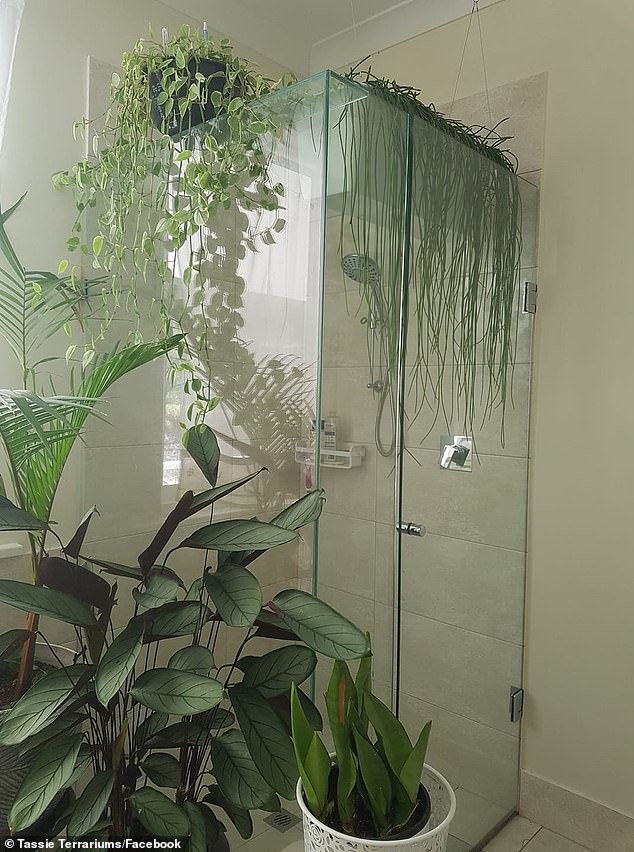 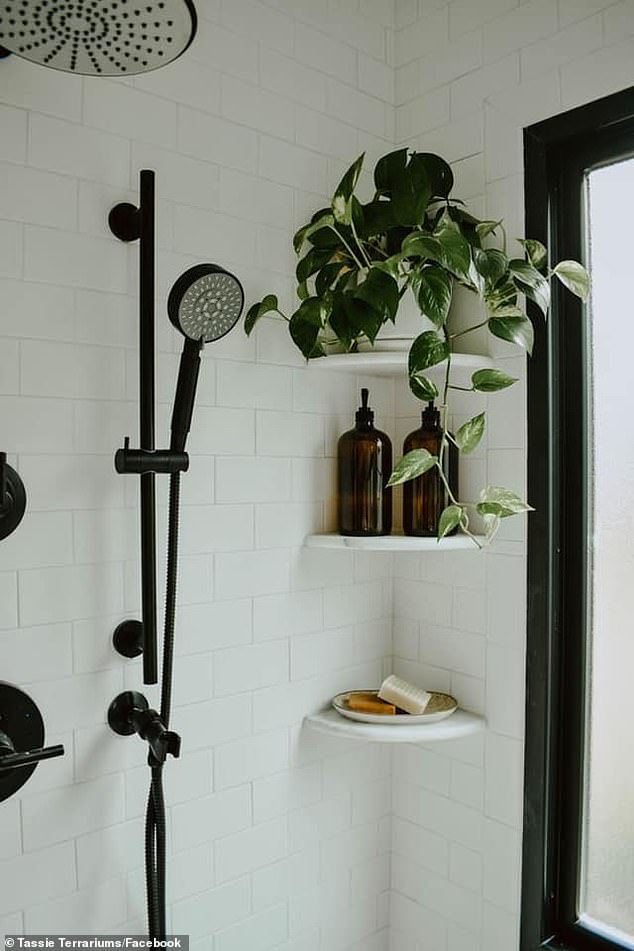 To jump on board this trend simply gather an assortment of fresh Eucalyptus leaves, tie the stems together and secure it behind the shower head, out of direct water stream.

Then, simply turn on your shower and enjoy all health benefits. A combination of steam and heat from the shower will help the greenery to release essential oils.

A eucalyptus shower will also help to give your home a spa-like feel – providing you with an extra boost first thing in the morning if you’re feeling sluggish.

If you’re coming down with a cold, the leaves will also help to clear your sinuses and make you feel refreshed for the day. 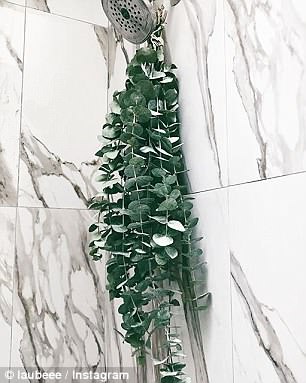 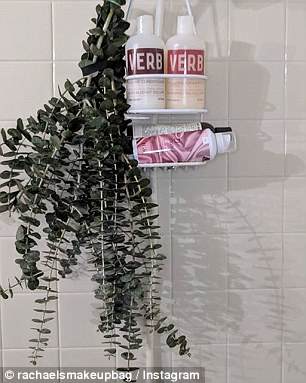 Eucalyptus showers help to boost immunity levels and prepare you for a good night’s sleep or morning wakeup, they have also proven popular online

‘I have been fighting a horrible head cold this week and it’s moved a bit to my chest. After some research at the bookstore I found that eucalyptus oil has decongestant properties,’ one person wrote.

Others have highlighted that the decorating trick not only looks good, but will make you feel even better.

Give a eucalyptus shower a go at home, and be prepared to instantly feel calmer and more refreshed. The plant should last at least a month, too.