Why that maddening itch may be more than a skin problem

Unbearable itching all over his body that flared up every evening made Gordon Brown dread going to bed.

‘It was maddening,’ says Gordon, 69, a retired airport worker who lives in Birmingham with his partner Patricia, 64. ‘I’d never experienced anything like it before — it was constant,’ he says.

‘The itching felt like it was coming from under the skin and affected all parts of my body. My skin didn’t look dry or cracked, and there was no rash — the only visible damage were the scabs caused by my intense scratching.

Itching could be a sign of something far worse than a skin problem, as retired airport worker Gordon Brown, 69, found out

‘I didn’t use any creams as the skin looked fine and I couldn’t tell where the itch was coming from, all I could do was keep scratching all over and hope it would go away.

‘I asked Patricia if she’d changed the washing powder, but she hadn’t — it was a mystery.’

It was only when he mentioned his itching problem in passing when he saw his GP about a lingering chest infection in December 2011 — three months after the itching started — that he realised it could be something more sinister.

‘As well as the itching, I was very tired all the time and had lost weight — I’d dropped from a 34 in waist to a 32 in in less than three months and had to make another hole in my belt. 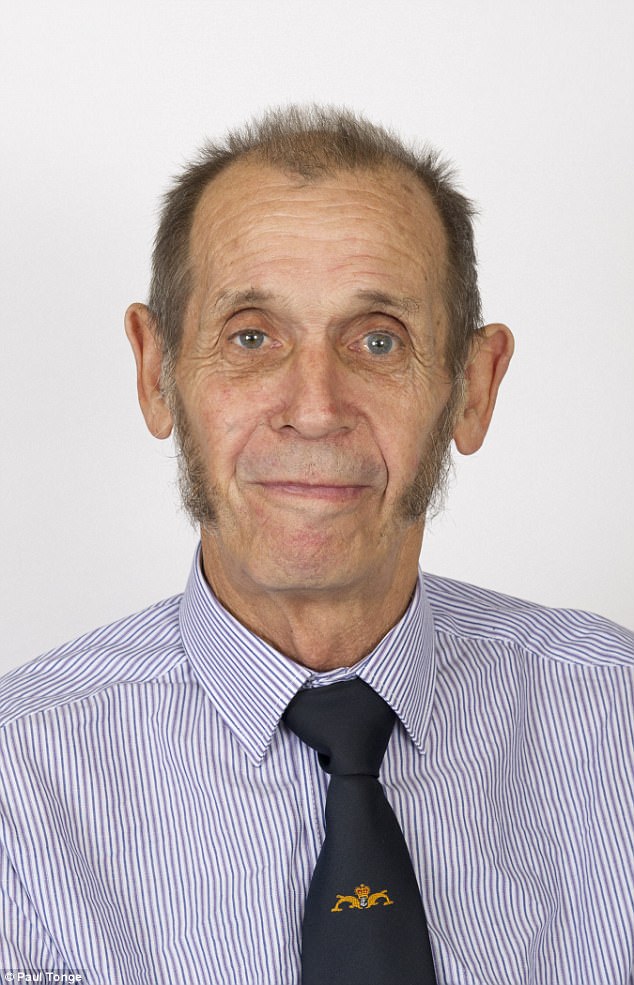 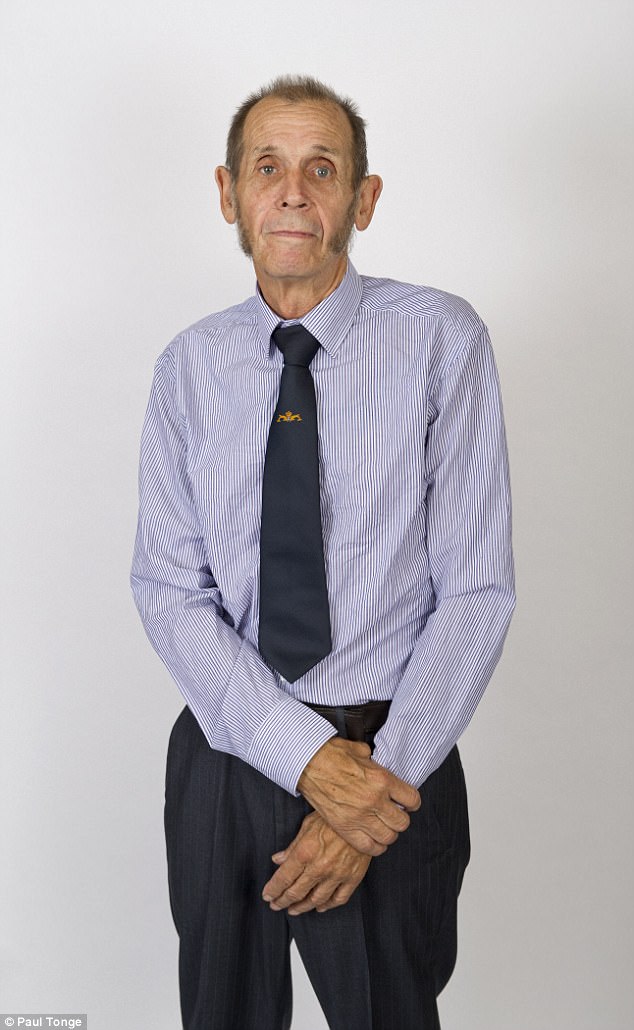 ‘When I told my doctor she looked concerned and fast-tracked me for tests at the local hospital. Obviously because of the weight loss and fatigue, cancer was my big worry.’

An X-ray, carried out three weeks later, was clear, but blood tests revealed problems with Gordon’s liver function and a scan showed the bile ducts in his liver — which move bile to the small intestine to help digest fat — were blocked.

Gordon was diagnosed with primary biliary cholangitis (PBC), a progressive disorder that causes severe inflammation and damage to the liver.

‘The diagnosis was a massive shock,’ says Gordon. ‘Apart from the itching and weight loss, I hadn’t had any other symptoms to suggest I had a life-threatening illness. The consultant said my liver had been silently deteriorating over the past five to ten years and the condition was now so advanced that without a liver transplant I would live a maximum of five more years.’

PBC is an autoimmune disease where the immune system sends antibodies to the bile ducts which attack them, causing damage and scarring to the tissue, stopping them functioning properly.

Exactly what triggers the autoimmune reaction is unclear but many believe it may follow an immune response to an infection or exposure to environmental toxins in people with a genetic predisposition.

As a result of the damage to the bile ducts, bile builds up in the liver, causing damage and scarring and impaired liver function. Bile also leaks out of the damaged ducts into the surrounding fluid and eventually into the bloodstream. It is this which is thought to cause symptoms such as itching, as the bile irritates nerve fibres around the body and triggers the itching response.

‘The itching is believed to be caused by bile leaking into interstitial fluid and the bloodstream and irritating nerve fibres in the skin,’ says Stephen Ryder, a consultant physician in hepatology and gastroenterology at Queen’s Medical Centre, Nottingham, and medical adviser to the British Liver Trust. ‘In many cases intense itching and fatigue are the first symptoms of PBC.’

There’s no cure, but Dr Ryder says the disease usually progresses very slowly and it can be successfully controlled and slowed down with medication. However a significant minority of patients, like Gordon, will develop more aggressive liver disease which can only be treated with a liver transplant.

But while this liver condition is relatively rare (affecting around one in 5,000 people in the UK), itchy skin is a common symptom of a wide range of conditions and can often be the first sign that something’s wrong — it’s not a symptom to dismiss, says Dr Ryder.

‘Itching generally is caused by the activation of a specific set of nerve cells in the skin that signal itch but not pain,’ says Dr Justine Hextall, a consultant dermatologist at the Western Sussex Hospital NHS Foundation Trust and Tarrant Street Clinic in Arundel, Sussex.

‘These nerve signals send uncontrollable signals to the brain which make us want to scratch that area to relieve the itch. But there can be a number of factors which activate these nerves.’

It’s no surprise that the vast majority of itching is caused by common skin conditions such as eczema, where the skin becomes dry, cracked and itchy, and psoriasis, where red raised plaques of skin form.

As Dr Anton Alexandroff, a consultant dermatologist in Leicester and spokesperson for the British Skin Foundation, explains: ‘Patients get trapped in a vicious circle of scratching and itching,’ he says. ‘If you scratch the same area every day, it will become itchy and this can be very difficult to treat.’ Part of the problem is that scratching an itch actually makes it itch more, adds Dr Hextall. ‘Scratching makes the itching worse because you stimulate more nerve fibres in the skin,’ she says. ‘Scratching also damages the skin barrier and stimulates the release of histamine, a chemical which causes more inflammation and this will lead to further itching — the so-called scratch-itch cycle that is common in eczema and psoriasis.’

Another common cause of itching is ageing as the skin barrier gets thinner. This means moisture escapes easily and irritants can also pass through the skin barrier causing irritation to nerve fibres.

Chronic sun damage can also affect nerve fibres in the skin which means they fire excessively and are hyperstimulated, resulting in itching in those areas.

Itching can also be caused by parasites such as scabies infesting the skin or bed bugs, small blood- sucking insects, which bite at night causing irritation and itching.

More seriously itchy skin can also be a symptom of chronic long-term conditions such as type 1 and 2 diabetes, says Douglas Twenefour, deputy head of care at the charity Diabetes UK. Itching can be a sign of high blood sugar levels caused by diabetes,’ he says.

‘There’s little detailed information about the science behind this but it’s possible that complications of high blood sugar levels such as poor circulation and nerve damage as a result of uncontrolled blood sugar play a role.’

More rarely, itchy skin can be a sign of liver damage (cirrhosis) caused by alcohol misuse, or a pregnancy condition called obstetric cholestasis (a liver condition which can raise the risk of stillbirth), as well as certain blood cancers such as leukaemia, lymphoma and myeloma.

‘Itching is a particularly common symptom of Hodgkin lymphoma, a cancer of the lymphatic system, a network of glands and vessels throughout the body,’ says Kirsty Crozier, an advanced nurse practitioner at Oxford University Hospital.

‘It is also common in blood conditions where too many red cells or platelets are made such as essential thrombocythaemia, polycythaemia vera and myelo-fibrosis. Sometimes patients will be diagnosed purely because they have been complaining of itching.’

After having a successful liver transplant in June 2013, Gordon is now determined to raise awareness of the possible causes of the simple itch.

‘I’ve taken Open University courses so I could understand more about liver disease and now give talks to doctors about my condition and recognising the symptoms.

‘I tell them to take itching very seriously and to always ask their patients about it. Itching for no obvious reason is a symptom you just cannot ignore.’

‘If you have persistent itching for a week with no obvious cause then something is not right and it’s worth seeing your GP for tests as it could be a sign of serious underlying illness,’ adds Dr Ryder.