Why thrills of top flight terrify our biggest clubs

Currently, the longest Champions League run of any Premier League club is with Manchester City, a seven-season stretch starting from 2011-12.

After that? Tottenham: two years. Liverpool, Manchester United and Chelsea made it this season, but not last. Leicester and Arsenal last season, but not this. Nothing can be guaranteed in the Premier League with six clubs, minimum, vying for four spots.

Compare that uncertainty to the sense of security felt on the continent for clubs such as Bayern Munich, (10 straight Champions League campaigns), Barcelona (14) or Real Madrid (21). Factor in that the grip of the biggest teams in many of Europe’s major leagues is only getting stronger, then add emerging powerhouses such as Paris Saint-Germain and a reborn Juventus, now recovered from the Calciopoli crisis.

The top of the Premier League is an exceptionally vulnerable environment for the elite right now.

Even City can take nothing for granted. They are the success story of the decade, with three titles — including one pending — and consistent qualification for the Champions League under three different coaches.

Yet when Pep Guardiola leaves, as he inevitably will some day, can a top-four place be guaranteed with the strength of the clubs around them?

Nobody in Spain competes at the financial level of Real Madrid and Barcelona, or of Bayern Munich in Germany, but as the Alexis Sanchez deal proved, some in England can still duke it out with City for the best talent.

Bayern Munich have to fall by 22 points to become disconnected from the Champions League slots in Germany, yet Chelsea have won one less game than Liverpool and Tottenham this season and risk missing out. The margins in England are so much tighter.

Tottenham are moving to their new stadium next season, yet defeat on Sunday at Stamford Bridge could play havoc with their revenue streams and best-laid plans. 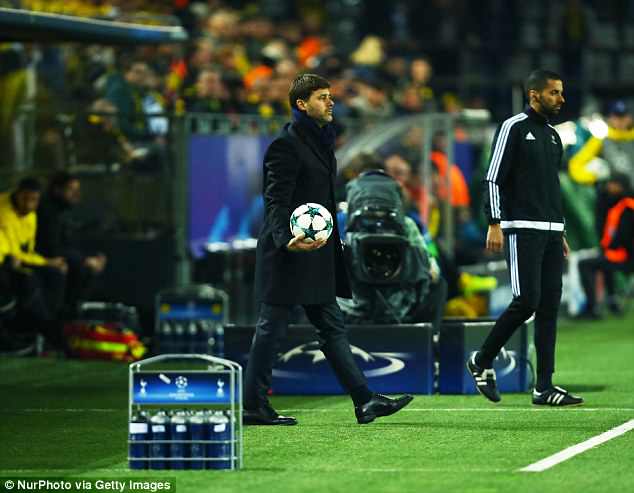 To go there as a Champions League club, or one in the Europa League, is a difference measured in 10s of millions.

Ostensibly, Chelsea versus Tottenham this Sunday is a routine fixture between fourth and fifth; in reality, it is one of the key games of the season.

If Tottenham win, or perhaps draw, even by Antonio Conte’s admission it is hard to see Chelsea making it to the Champions League. And while the cream of Europe can estimate what they will have coming in many years from now, imagine overseeing the financial planning at Chelsea.

Champions one season, 10th the next. Champions again — and then what? The Europa League, maybe? Right now, who can say?

And how should a paid up member of Europe’s elite budget for that? How to deal with a demanding manager like Conte not knowing the whereabouts of £50m or so?

And it isn’t just Chelsea living with this uncertainty. Manchester United needed to win the Europa League to make the Champions League this season and in 2014-15 they were not even in Europe.

Despite lucrative commercial revenue streams, these variables are enormous. United are stable but, despite that, there will be impact from failure. Executive vice chairman Ed Woodward believes the club could last no more than two consecutive seasons without Champions League football before there was some degree of commercial damage.

Back in 1999, at the end of another frustrating afternoon for Liverpool that saw an early Michael Owen goal erased by two late Manchester United ones, Gerard Houllier surveyed the impressive surrounds of Old Trafford. ‘The great thing with football,’ he murmured, ‘is nothing is for ever.’ 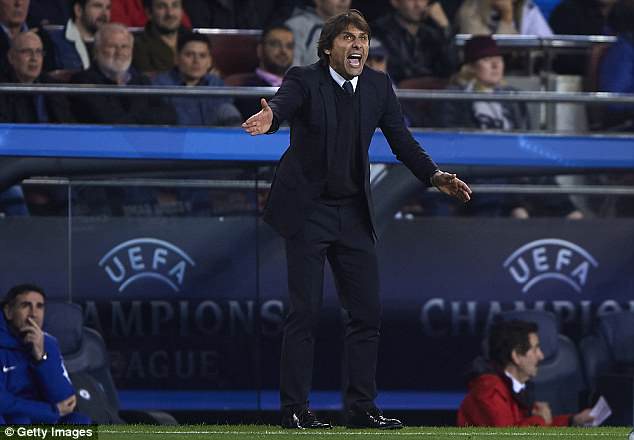 Maybe not in England — but elsewhere, UEFA have since done their best to make it so.

It was a bold prophecy from Houllier, even then. United would go on to win the treble that season, their supremacy under Sir Alex Ferguson greater than ever. But Houllier was right. Dynasties end.

Roman Abramovich would arrive at Chelsea four years later. Sheik Mansour’s acquisition of Manchester City was less than a decade away. Ferguson retired and United have not been the same since.

Arsenal, too, have waned and there have been wonderful surprises. Nearly 20 years on, Liverpool are still without a Premier League title, Leicester have won it more recently than Manchester United and no club in England can take Champions League football for granted. Not even Manchester City.

This is not the case in Europe. Now the major clubs have in effect got the super league they wished for, but notionally under UEFA’s auspices, there is no blot on the horizon, no obstacle to their domination.

It is unimaginable that Bayern Munich will fail to make it into Europe’s marquee competition any time soon, and the same can be said of Barcelona and Real Madrid in Spain, probably Juventus in Italy and PSG in France unless Qatar’s backing is withdrawn.

Real Madrid are having a very ordinary season by their recent standards, but stay third and are 13 points clear of a Europa League berth. Juventus have spent much of the campaign in second place, but have now overtaken Napoli and are on course for a seventh straight title, 21 points clear of fifth. In Germany and France, it is another procession; both Bayern Munich and Paris Saint-Germain are 17 points ahead and can factor in Champions League money for many years to come. 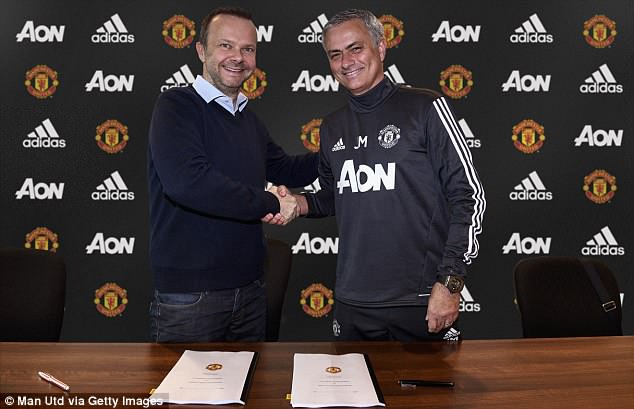 Yet while Manchester City have quite the lead in England, it is not the same.

Yes, to some extent, English football is insulated against temporary economic crisis by television revenues. Even clubs that have never played Champions League football are comparatively healthy financially and the envy of the rest of Europe.

Those at the elite end of the market, however, where transfer fees are routinely £50m or more and weekly wages of £200,000 are not uncommon, lead an increasingly uncertain existence, operating under conditions unlike any in Europe.

That a club of Manchester United’s stature has spent as many of the last four seasons out of the Champions League as in it, would be unimaginable in, say, Germany or Spain.

This is why there is talk of breakaways and increased slices of the broadcast share at the top.

The elite want to be insured against a competition that has become a little too open for their tastes. They don’t like a party that is no longer exclusive.

No major league in Europe offers less stability to its biggest and wealthiest than the Premier League and it terrifies them all.

Wonderful excitement for the rest of us, but you wouldn’t want to take a budget meeting. Not only is nothing forever, as Chelsea may find once more, the good times don’t even come with a 12-month guarantee.

Interesting to note that for all the talk of the clubs that do most to encourage young English footballers, still the one that had most graduates to this most recent England team are Manchester United — Marcus Rashford, Jesse Lingard and Danny Welbeck. 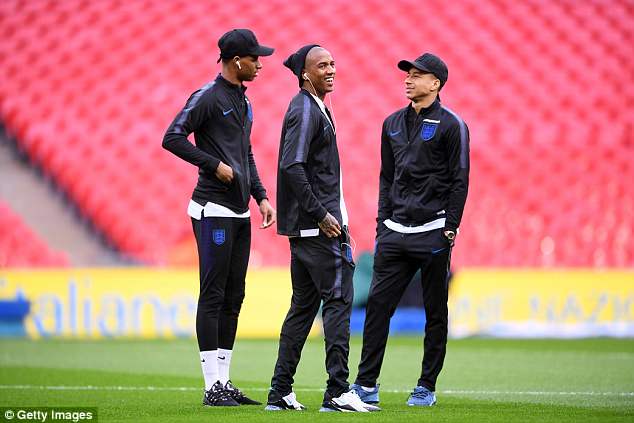 UEFAs bad idea factory rumbles on. From next season, transferred players will no longer be cup-tied in European competition. Instead, clubs will be allowed to register three new players after the group stages of the Champions League and Europa League ‘without any restrictions’.

What does this mean? Well, it makes it far more appealing for a buying club to force through a January transfer, knowing that the player is not limited having already played in European competition. As the draw for the knockout round will already have been made, a club could even weaken an opponent, if so inclined.

Say Liverpool had drawn Barcelona this year. The appeal of buying Philippe Coutinho would have been even greater. As it was, the fact that he was cup-tied in European competition could have been Liverpool’s best chance of keeping him until the summer had they wished, despite Barcelona’s huge financial advantage.

Doing away with cup-tie restrictions removes the last sliver of protection smaller clubs have against raiders — but since when did UEFA care about that?

Lehmann knew his time was up

It was his culture, created on his watch, so ultimately Darren Lehmann had to go. He as good as admitted this, 24 hours earlier. ‘I need to change and we need to change the boundaries within which we play,’ he said. ‘There is a need for us to alter some of the philosophies.’

Indeed — but whose philosophies? However upsetting it may have been for Lehmann to see Steve Smith, his captain, break down at his press conference earlier in the day, realistically he must have known long before where the buck had to stop. Smith captained Australia on the field, but the ethical code they took out there came from management.

Whatever Lehmann knew, or didn’t know, about ball-tampering specifically, he was responsible for the climate in which very ordinary decisions were made.

He was responsible for a climate that fostered some pretty brutal sledging and for the falsely high moral ground that set his team up for such a fall. James Sutherland, the chief executive, is a lucky man, too — it seems the full force of this calamity has dawned on Smith and Lehmann more clearly than it has on him. For if Lehmann knew the right course of action, why did Sutherland spend so long protecting him? 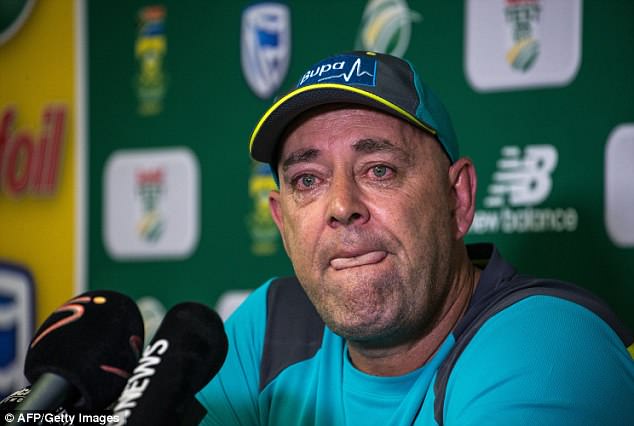 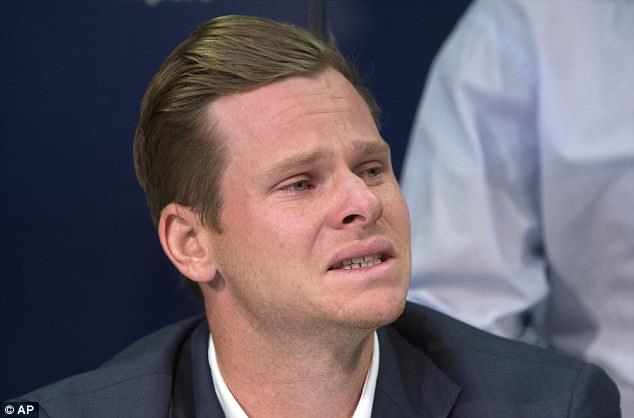 Somerset made the correct decision over Cameron Bancroft. Banned by his country for cheating, it was unthinkable that he could then play the summer over here. There is a clear path for his return in time for the Ashes, if selected, and it is for Australian grade cricket to begin this rehabilitation, not an English county.

No matter how many worthy financial regulations football passes, economic success at clubs is very often just a matter of good or bad business management. Barnsley put no sell-on clauses into the deal that took Alfie Mawson to Swansea, and may now miss out on a huge windfall if he moves to one of the Premier League’s elite this summer. Yet when Mawson was sold to Swansea, Barnsley handed 40 per cent of his fee — £2million of £5m — to Brentford. That was the clue, right?

A World Cup of racism and fear

FIFA are now investigating claims of racist chants aimed at France players Paul Pogba and Ousmane Dembele during this week’s friendly with Russia in St Petersburg. The governing body say they are gathering reports in a bid to find out what happened. But we know what happened. They gave the World Cup to a country that has consistently been soft on racism in sports grounds, therefore the racists within feel vindicated and emboldened by that decision. This is your festival of racism, hostility and fear, guys. Now own it. 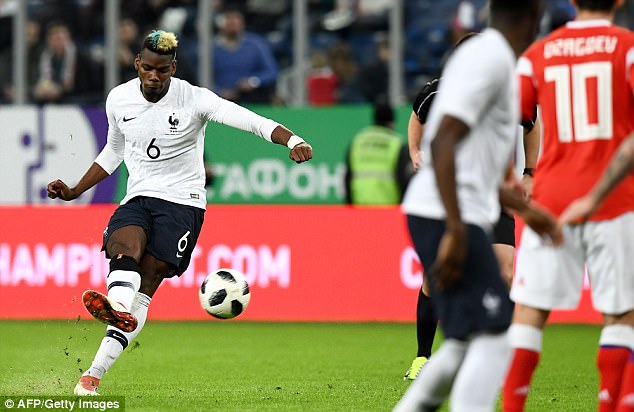 Win at Everton tomorrow evening and Manchester City could have the league wrapped up by April 7. Better to focus on the Champions League, runs the argument. Yet Pep Guardiola made similarly short work of the Bundesliga each year with Bayern Munich and went out to Real Madrid, Barcelona and Atletico Madrid at the Champions League semi-final stage each year looking suspiciously undercooked. Were City to get past Liverpool, it might not be the best thing to have the edge taken off their season. Not that they can do much about it.

Can anyone explain where West Bromwich Albion owner Guochuan Lai is in the current turmoil? Returning chief executive Mark Jenkins says the finances are in a shocking state and it is believed the previous CEO Martin Goodman and chairman John Williams were sacked for sanctioning the dismissal of Tony Pulis.

So what did Lai make of that? Did they go behind his back? Was he not informed? And why, when he heard of the decision, could he not rectify it, if he was outraged? As for the fiscal report, does he pay no attention to the books, does he not receive regular reports? Some bosses are more hands-on than others. This one appears to have been living in a cave.