Why Trump and Brexit have given new life to Dead Ringers

Five minutes in the company of Jon Culshaw is enough to be taken on a whirlwind tour of the famous, the infamous and the eccentric. A stroll down the road with him in search of a café in which to chat involves interaction with Alan Bennett, Sir David Attenborough and Professor Brian Cox, who you will suddenly hear wondering about the place of cappuccino in the space-time continuum. This is a man who cannot spend long in conversation without turning into someone else. Which is a useful tool to have right now, given that he reckons we are in a golden era for mimicry.

‘It seemed for a while as if the bland ones were in control,’ he says in his natural Lancastrian twang. ‘David Cameron and Nick Clegg were not the funniest of characters. But since Brexit, with Boris Johnson coming in and Nigel Farage and Jacob Rees-Mogg, there’s been an explosion of characters to work with. And then there’s The Donald…’

Jon Culshaw as Donald Trump. Dead Ringers has been sowing merry mischief on BBC Radio 4 since 2000

At which point Culshaw relaxes his wrist, places his forefinger to his thumb, purses his lips ‘just like the fastening on my gran’s handbag in the Seventies’, and becomes the 45th President of the United States.

‘He’s the king of the nausea-inducing parody characters. Everyone needs a Donald in their repertoire,’ he says, his tone, accent and mannerisms so precise it’s as if his listener has been transported into the Oval Office.

When it comes to being someone else, Culshaw cannot help himself. It has been like that ever since he was a schoolboy, doing impressions of Mrs Jump, his gran’s cleaner and Mr Naylor, the local coal merchant. And, he says, he could use the practice just now. He is about to embark on the first ever live performance of the much-loved radio show Dead Ringers, on stage at the Barbican next month. For that he has to get his Tom Baker in full working order. 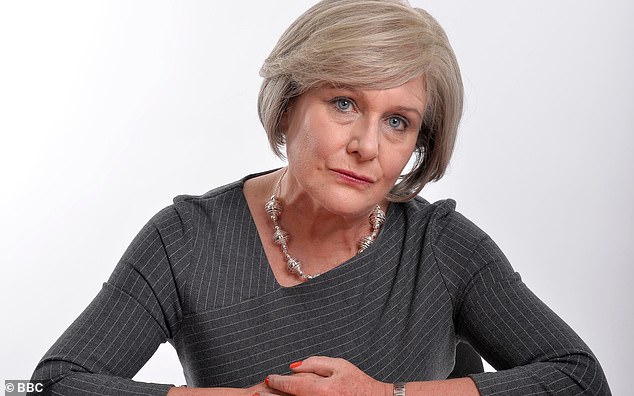 Jan Ravens as Theresa May. Nothing gives a more telling snapshot of the times than the rise in the number of female characters who now inhabit the show

‘I do him quite often,’ he says of the impression of the fruity-voiced erstwhile Doctor Who that has announced the start of the show ever since it was first broadcast. ‘I like it when the doorbell goes at home and it’s someone trying to sell me salvation. I can see them on my intercom and I respond as Doctor Who [slipping into Baker timbre]: “I would come down to speak to you, but I have a very important job to do involving the entire future of your species.” It’s so childish, but I’ve had that attitude since I was a lad: merry mischief.’

Dead Ringers has been sowing merry mischief on BBC Radio 4 since 2000. It fell off the airways for what Culshaw calls ‘a tea break’ in 2007, only to return in 2014 with a whole new roster of characters. For some of us, the 19 years since it was first broadcast may not seem a long time, but the list of the then famous folk who were parodied in the opening show reveals how much our cultural landscape has changed: Des Lynam, Brian Sewell, Barry Norman and Lily Savage. We know the names but these characters are no longer central to the national conversation. ‘The people you impersonate give a real flavour of the time,’ says Culshaw. ‘It gives a snapshot of the moment.’

Nothing gives a more telling snapshot than the rise in the number of female characters who now inhabit the show. Jan Ravens, who will be joining Culshaw on stage with her pitch-perfect impressions of Theresa May, Nicola Sturgeon and Fiona Bruce, joined the cast in the third episode of the first series, and recalls that back then women were noticeably absent from its scripts.

‘My first contribution was Posh Spice and a secretary,’ she recalls. ‘And that was it. I was forever trying to promote the female angle. It was hard at the time: there were lots of good male characters around, but not so many female ones. I was conscious of the world being quite male.’

Theresa May is all about the tension in which she holds herself, the walk like she’s pushing a drip trolley

Historically, celebrity impressions was never an equal opportunities art form: when Mrs Thatcher rose to prominence in the Eighties, ITV puppet parody show Spitting Image used a man to impersonate her voice. But since Dead Ringers began, Ravens has been on hand to give voice as women have been on the rise. ‘When Theresa May was Home Secretary, for example, I was saying to the guys: we’ve got to do her. But she hardly said a word – she hid away and waited for the posh guys to screw up, which they duly did. Then she made that speech in Downing Street, and everyone was: “Oh, hello.” I studied her, and I heard this thing that is like two voices at once, and once I’d got that…’ And off she goes in a May impression so pitch-perfect it is as if the Prime Minister is really there. 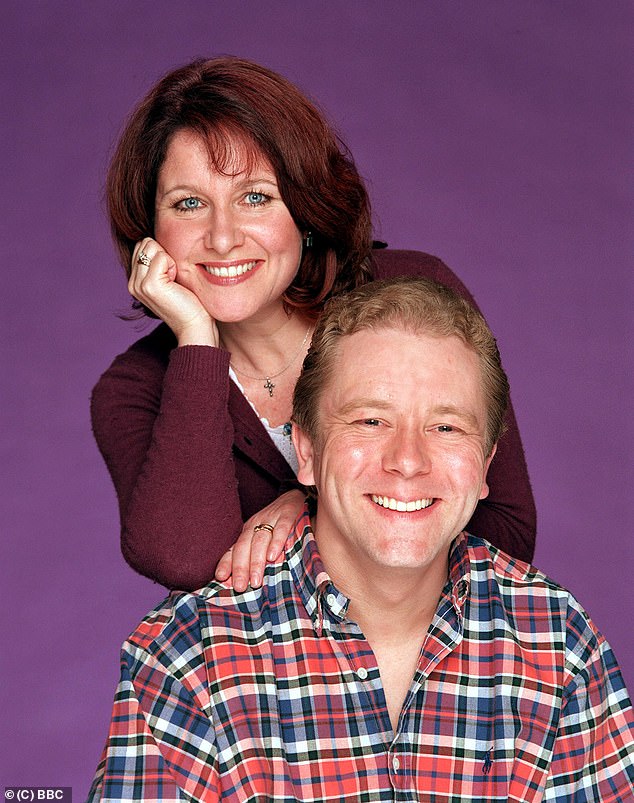 Dead Ringers’ Jan Ravens and Jon Culshaw. Ravens joined the cast in the third episode of the first series

Culshaw and Ravens insist that Dead Ringers isn’t an impressions show – it’s topical satire. Which means that the long-standing cast of Culshaw, Ravens, Lewis Macleod and Duncan Wisbey, under the direction of producer Bill Dare, have to be constantly abreast of the news, ready to impersonate those who make it.

‘Some of them leap out at you,’ says Ravens. ‘When I first saw Fiona Bruce on camera, I thought: she’s reading the news like she’s trying to seduce you. Once you have that, you have her. You want to be as accurate as possible, but almost more important is to bring out the comic spirit of the character.’

Culshaw agrees that getting the voice right is no longer enough. ‘It’s no good putting on a Frank Spencer voice and just saying “the cat’s done a whoopsie” – our characters have to say something funny, something relevant.’ Dead Ringers’ topicality, he insists, is its strength. And you don’t have to look the part to be convincing. ‘The attitude is in the writing and spontaneity of the performance.’

But Ravens points out that putting on a voice can have a transformative effect and she often finds herself almost becoming the person she’s parodying. ‘Theresa May is all about the tension in which she holds herself, the walk like she’s pushing a drip trolley. You have to get that in order to get the voice.

‘Doing an impression is a weird process – you can see and hear the character in your mind, and then you use your skill to recreate that. You’re pretending to be somebody that the audience knows full well you’re not. Get it right, and they buy into it. For a moment they think you are them. It’s like being a magician: the audience knows it’s a con, but for a second they have to believe it.’

That will be Dead Ringers writ large, she hopes: magic on stage.

‘Dead Ringers Live’ is at the Barbican, London, May 15-18, barbican.org.uk