Why was Nick Kyrgios kneeling before Laver Cup clash?

By Daniel Peters For Daily Mail Australia and Aap

Nick Kyrgios knelt down before his Laver Cup match against Roger Federer – on the same day NFL players dropped to the ground in protest of Donald Trump.

The 22-year-old tennis bad-boy was also in tears after the match but said that was because of how close he came to a second career win over the Swiss master.

The Australian knelt for about three seconds at the net ahead of the pre-match warm-up before losing to Federer in a third-set tiebreak in Prague on Sunday.

Earlier on Sunday more than 20 NFL players knelt during the American national anthem at Wembley in response to inflammatory comments from Trump. 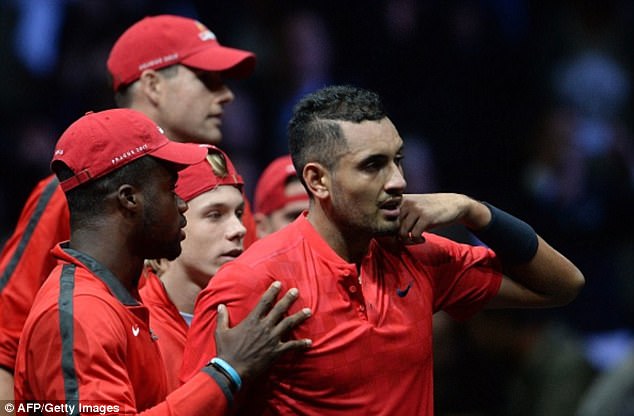 The 22-year-old tennis bad-boy, who broke down in tears after losing in a tight third-set tiebreak, said the move had nothing to do with Donald Trump’s recent comments

Trump earlier attacked protesting NFL players by suggesting anyone who took a knee during the national anthem was a ‘son of a bitch’ and should lose their job.

Kyrgios, who made headlines in January when he wore an anti-Trump t-shirt, spoke after the match and rebuffed claims he had joined in the protest.

‘F**k no. Serious?’ the Australian responded to the question from journalists.

‘I’m doing that before most matches just to remember, you know, the two most important people that have passed away.’

Kyrgios has lost a grandmother and grandfather in recent years.

The Australian, playing for Team World, had a match point but ended up losing to the 19-time grand slam winner Federer 4-6 7-6 (8-6) 11-9, with the Swiss star clinching the inaugural Laver Cup for Team Europe. 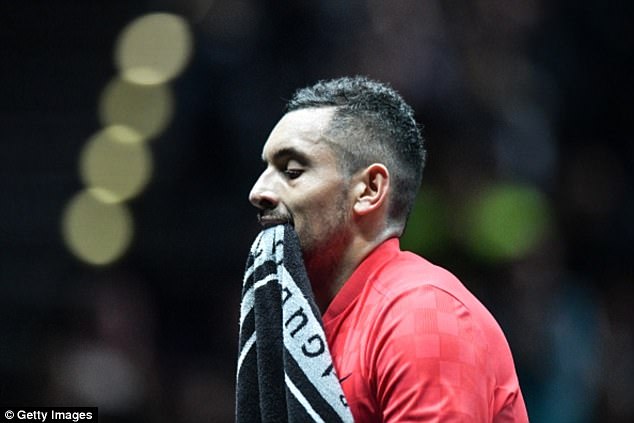 Kyrgios, who made headlines in January when he wore an anti-Trump t-shirt, said he had knelt before the game to remember his grandmother and grandfather who recently died 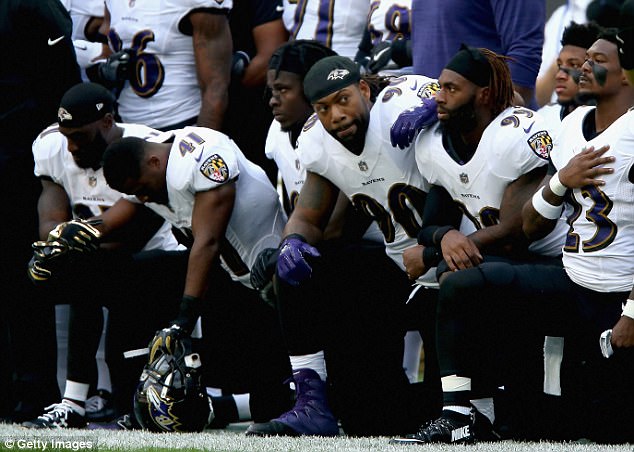 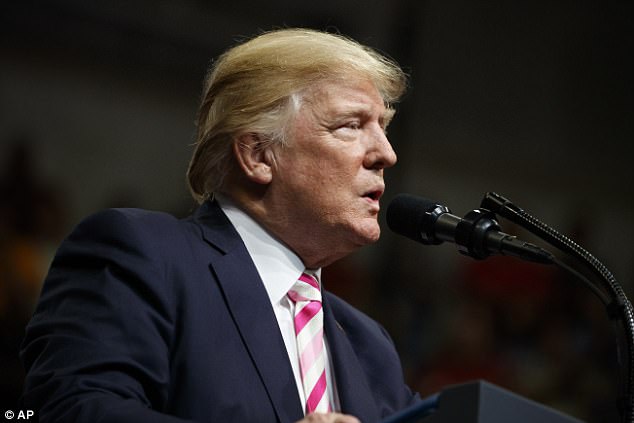