FinistEre, the westernmost of Brittany’s departments, is a favourite summer destination, but come autumn the crowds thin out and the region’s Celtic wildness goes up a notch, particularly around the picturesque town of Pont-Aven.

This is my first visit and I’m smitten. It could be the dramatic coastline, the magical wooded valleys, or an artistic heritage that includes the major painters Paul Gauguin and Pierre Bonnard, who both stayed in the town.

But actually, if I’m honest, it’s the biscuits. Pont-Aven is the birthplace of galettes. Not the buckwheat pancakes – though they are pretty good too – but an irresistible combination of flour, eggs, salted butter and sugar of the same name.

Spellbinding: A lighthouse looks out over the dramatic coast of Finistere

The Biscuiterie Traou Mad claims to have come up with the first commercial recipe in 1920, though local baker Isidore Penven created a version in 1890, and the shop that bears his name has been making them ever since.

If you’re cutting down on sugar, you will need someone strong-willed alongside you to take away the box after the first three or four biscuits (though you may fall out when they do).

While you’re there, also pick up some of the fantastically rich local cakes, Kouign Amann, which are one-third butter, and a slice or two of relatively restrained Breton gateau. If you can’t decide, they’ll post you a ‘gourmet parcel’ selection to await your return to the UK.

Penven wasn’t the only genius in town. Pont-Aven was one of the most important centres of impressionist and post-impressionist art, giving a name to its own school.

If you want to sleep near the art, the engagingly quirky Hotel d’Ajoncs d’Or is next door. 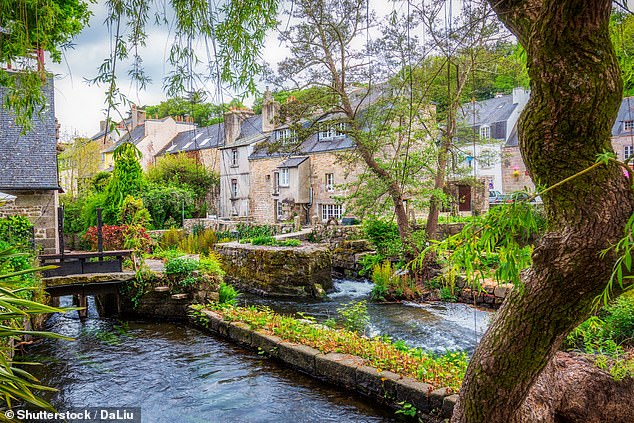 And if you want to see where the artists themselves slept, a two-minute walk takes you to the Pension Gloanec. Now a delightful book shop, this was once home to Bonnard and Gauguin, among other painters. Ask nicely and they might let you visit Gauguin’s bedroom at the very top of the house – but don’t worry if they’re too busy. Gauguin was like Mary, Queen of Scots: he seems to have slept everywhere and you’re likely to encounter another Gauguin bedroom.

Follow his footsteps instead through the Bois d’Amour, or ‘forest of love’ – dense woodland that hugs the path along a river that is scattered with boulders and dotted with watermills.

It has long been the place where couples go for privacy, though in the 19th Century they had to look out for the painters who thronged the bank. A famous work of French post-impressionist art was painted in this wood – The Talisman, by Paul Serusier, who was practising techniques that Gauguin taught him. The painting now hangs in the Musée d’Orsay.

Afterwards eat at the Michelin-starred riverside restaurant Le Moulin de Rosmadec, set in an ancient water mill. Ask for a seat by the river Aven and watch the water rush by as you dine.

You’re only a few miles from the sea, and the menu reflects it: huîtres de Belon glacées au sabayon, langoustines du Guilvinec, rouget de petit bateau en écaille – this is one occasion in life where French fishermen really are your friends. 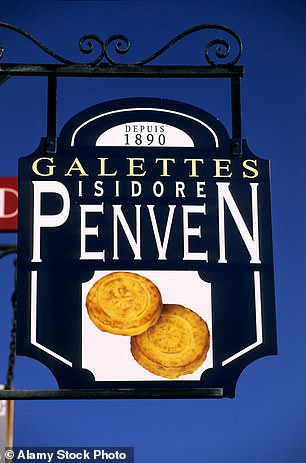 There is a hotel above the restaurant where you can load up on breakfast pastries the next morning. If you’re here on Tuesday, get up early and walk down to the weekly market on the quayside, where you can buy cheese, silk headscarves and leather goods (and there are boutiques in town selling Breton tops and knitwear).

For a longer walk, head to the chapelle de Trémalo, a 25-minute hike up the hill and then along an avenue of plane trees where, at the end, you will find one of the most delightful churches in France. Go there in the afternoon and you might see the local aristocrat who owns the church changing the flowers. This is the setting for a world-famous painting, Gauguin’s masterpiece The Yellow Christ (his Self-Portrait With Yellow Christ comes to London in the National Gallery’s unmissable Gauguin Portraits this week).

The wooden crucifix that inspired Gauguin still hangs on the church wall today. The wood is not noticeably yellow, but stand with the door open when the sun is on the horizon behind and you’ll see why Gauguin painted it that way – a pretty magical moment.

Look up and you’ll see wooden beams that were medieval ship’s timbers carved into the shapes of beasts’ heads swallowing the sins of the world.

Take a bus a few miles further east and you will find the small resort of Le Pouldu. Once the preserve of fishermen, the south-facing coastal village was colonised by artists at the end of the 19th Century. They came for the light and to escape the increasing popularity of Pont-Aven. The In The Footsteps Of Gauguin museum, also known by the original name, Buvette de la Plage, was once a small guesthouse for artists and is now a brilliantly evocative museum.

The landlady, who had lived in Paris, was ahead of her time, and upstairs – along with another Gauguin bedroom (told you one would pop up) – you’ll find one of the region’s first plumbed-in toilets. 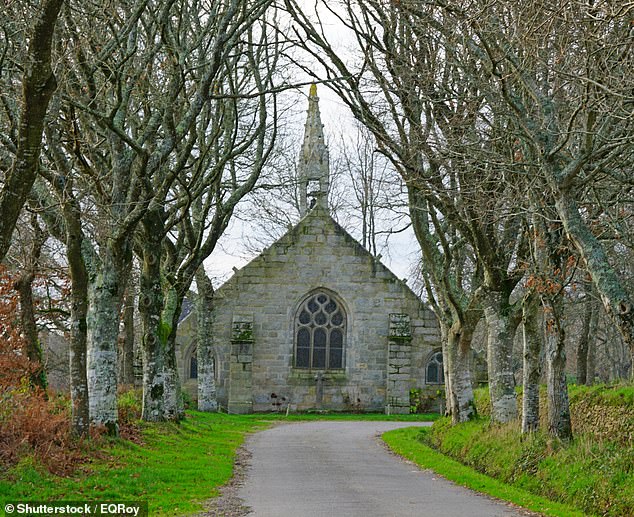 The chapelle de Trémalo, which is ‘one of the most delightful churches in France’

Downstairs, the kitchen has an iron stove that, for 1890, was a very high-tech way to cook the onions, garlic and fish the artists’ diaries say they lived on (it possibly smells much better now than it did then). The dining room is decorated with a reproduction of the murals Gauguin painted for his fellow artists.

Walk along the cliff path afterwards and there are fabulous sea views out to the island of Groix and beyond it Belle-Île, where Claude Monet stayed in 1886. (The weather was so bad that he was obliged to paint landscapes from his bedroom window: his Rain In Belle-Île is in the Musée des Beaux-Arts.)

Look directly down from the clifftop and you’ll see a small bay that has clean golden sand and, even in October, is warm enough for a picnic on the beach. Time, perhaps, for just one more galette.

Brittany Ferries sails to St Malo and Roscoff. For more on Brittany, go to brittanytourism.com. Michael Hodges was a guest of the National Gallery (nationalgallery.org.uk). The Credit Suisse Exhibition: Gauguin Portraits runs from tomorrow until January 26 in the gallery’s Sainsbury Wing.