Why women are talking about sex… at last. But what took us so long? asks Elizabeth Day

What took us so long, asks Elizabeth Day

My Uber rating slipped recently. It was a 4.72 out of 5 (which for a perfectionist like me, is unedifyingly low). Then I took a journey with a friend, and on our way to our destination she revealed that she’d recently met a man I’d once had sex with.

What was he like, she asked? I responded with a brief summary of his character, and then told her what had happened when we’d slept together. Which, to cut a long story short, involved his pet dog standing guard at the bottom of the bed.

The man would occasionally call out his dog’s name in the throes of passion, shouting at the puppy to get out of the room. The dog would then scamper obediently into the corridor, only to return a few moments later and prop his head balefully on the side of the mattress, presumably wondering why his master was making all those funny noises.

The next morning, I couldn’t get out of there fast enough. I left the man and his dog happily in bed together. By the end of the journey, my Uber rating had dropped by a point. I can only think that the male driver found my conversation objectionable and shocking. Perhaps he wasn’t accustomed to a woman speaking so frankly about what went on in the bedroom. And, on reflection, I realised that even a few years ago I wouldn’t have been comfortable having that kind of chat in the back of a taxi either. I would have been embarrassed and a little bit ashamed. 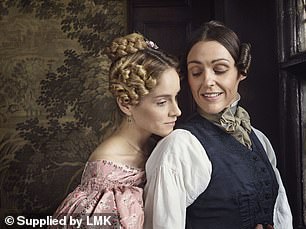 But times have changed. Whereas once the bedroom felt like a male domain, women everywhere are now talking openly about sex and unapologetically giving voice to their own desires. Even the Academy Awards have recognised this sea change – in February Olivia Colman won an Oscar for her performance in The Favourite, a film that focused on the sexual relationships of Queen Anne and her two female lovers – and the power play at the heart of their love triangle.

On TV, Phoebe Waller-Bridge has won plaudits for her honest depiction of the messiness of sex and relationships as well as the reality of female sexuality – from masturbation to one-night stands – in Fleabag. On Netflix you can find Gillian Anderson’s standout portrayal as an upfront sex counsellor (and mum) in the hit Sex Education, while the BBC’s Gentleman Jack depicts a charismatic lesbian landowner (Suranne Jones) who has no qualms about pursuing the women she lusts after. The popularity of the hit television drama Killing Eve, in which two highly intelligent women are obsessed with each other, is at least partly predicated on the fact that the sexual tension is not over-explained: it exists on its own terms, as an example of female sexuality that refuses to conform. And we, as viewers, not only accept it but relish it.

Even events on Love Island – ITV2’s record-breaking reality show where contestants compete to couple up – reflect this shift in attitude towards female libido. In the past, society took a dim view of women who were open about their enjoyment of sex, dismissing them as promiscuous. But on this summer’s show, 28-year-old Maura won fans for her honesty about how much she loves sex. Indeed, people were taken aback when she revealed the total number of people she’s slept with (four men and one woman). As a fellow contestant commented, ‘Really? You’re so sensual… and you love it. I thought you’d be higher than five but kudos to you. I’m proud of you.’

This year, the hottest publication (currently sitting at number two in Nielsen Book Chart, the industry gold standard) has been Lisa Taddeo’s Three Women, a nonfiction account of the love affairs, unmet needs and sexual obsessions of three ‘ordinary’ women in different parts of the US gathered from conversations with them over eight years. 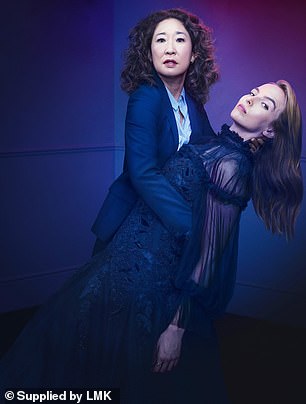 Taddeo’s descriptions of sex, as well as her analysis of the complicated dynamics of desire and power, have left reviewers reeling. There’s Lina, stagnating in a sexless marriage, who’s seeking to reignite her spark with a former flame. Then there’s Maggie, recalling her schoolgirl relationship with a teacher, and Sloane, who has somehow ended up as a sexual object for her husband, who enjoys watching her having sex with other men and women. Gwyneth Paltrow, for one, claimed she ‘could not put it down’.

‘Sometimes we worry so much about what frightens us that we wait to have an orgasm until we are alone,’ author Taddeo writes. ‘We pretend to want things we don’t want so that nobody can see us getting what we need.’

While it’s true that women can still feel abashed by admitting their most private desires, the very fact that a critically acclaimed book has been devoted to the topic suggests that the tide is shifting.

This is not just a trend in books and films. My own experience bears it out. I spent the majority of my 20s in long-term monogamous relationships, then got married at the age of 32. Three years later, I was divorced. This meant that I entered my late 30s as a single woman, for the first time in 19 years. As I was to discover, the landscape of intimacy had changed dramatically.

I went on all the dating apps, where I immediately found that the available men were vastly outnumbered by single females. This meant that, superficially at least, men held the power: they could decide if they would reply to your message or agree to meet in real life, safe in the knowledge that there would be dozens of other opportunities if they turned you down. 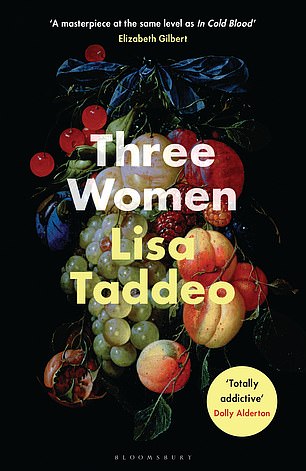 At first, this was dispiriting. But after a few months of it, I realised I had no time to waste on men who were going to waste mine. I became a lot more cut-throat about who I swiped right on. I set the parameters clearly: no men more than a couple of years younger than me; someone who wanted children; no one who posed shirtless in a hotel-room mirror for their profile photo. And when I met the men who had wriggled through the net, I was unafraid to state what I wanted. If they didn’t like it, I moved on. That went for the bedroom too.

Now that I’m happily in a long-term relationship with someone who believes communication to be as important as I do, I feel no fear or embarrassment in stating what I desire. And when I speak to single male friends who are still on the dating circuit, they tell me semi-comic anecdotes about meeting women who take sexual control on a first date. One recently told me how he’d invited a woman he’d messaged through an app to meet him at a bar. She’d turned up half an hour late, downed the glass of red wine he’d ordered for her and told him with a glint in her eye that she was taking him back to hers to tie him up and have her wicked way with him. He went willingly.

‘Honestly, it’s kind of intimidating,’ he said. Then he grinned: ‘But it’s also kind of great.’