Why won’t men go to the doctor? How to persuade your husband to go to the GP

They moan when they have ‘man flu’ but so many men would rather ignore serious symptoms than seek medical help. Richard Godwin investigates.

Avoiding GPs: 53 per cent of women in full-time work have visited the doctor within the past three months compared to only 37 per cent of men

Few nights ago, I was lying in bed imagining the circumstances surrounding my own death. Please don’t think me morbid! It’s just that, sometimes, I find morbid thoughts rise to the surface all by themselves, particularly under a clammy duvet at 3am.

See, I’d had a wheezy rattle in my chest for a month or so. Nothing debilitating, exactly; nothing a bit of Lemsip hadn’t sorted out before. But I was still waking up feeling lethargic and out of breath. Maybe it was bacterial this time? Could it turn into pneumonia? Or worse?! And then I thought back to that tipsy cigarette I’d shared with an old colleague a few weeks before, and then I thought about Breaking Bad, which all begins with a stressed-out father receiving a lung-cancer diagnosis…

‘But seriously,’ said my mind. ‘It’s hardly out of the realm of possibility, is it?’ And so I began to imagine my four-year-old son weeping on my hospice bed, the soundtrack at my funeral, my distraught wife… And then she stirred next to me.

‘Are you OK? What are you thinking about?’

‘Oh…nothing.’ Which is precisely what I did the following morning: nothing.

I share this tiny drama not because I want any special sympathy or because I imagine my night thoughts are particularly unusual. It’s because I reckon they’re common as muck – and they’re typically male, too. A problem arises: maybe you need to pee a bit more than usual, maybe there’s a funny swelling behind your knee. But it’s embarrassing, annoying, inconvenient – and, besides, you don’t want to make a fuss and risk being accused of having ‘man flu’. So you squish it into a box, boot it into the basement of your brain and try to ignore the knocking.

I’m fine, by the way. (The problem went away by itself.) But many men who go through some version of my insomnia scenario are not. The recent news that prostate cancer survival rates are now lower than breast cancer survival rates has prompted some much-needed reflection on this male theme.

A significant reason for this shift seems to be that women are much better at seeking help, both on an individual level (visiting GPs, discussing fears with friends) and on a collective level (organising campaigns and lobbying for research into cures).

It’s true that men are getting better at this: initiatives such as Movember – where men get sponsored to grow unruly levels of facial hair in order to raise money and awareness for male health issues – have helped change the conversation. Men’s Health magazine’s #MendTheGap campaign has sought to destigmatise mental-health problems in men. 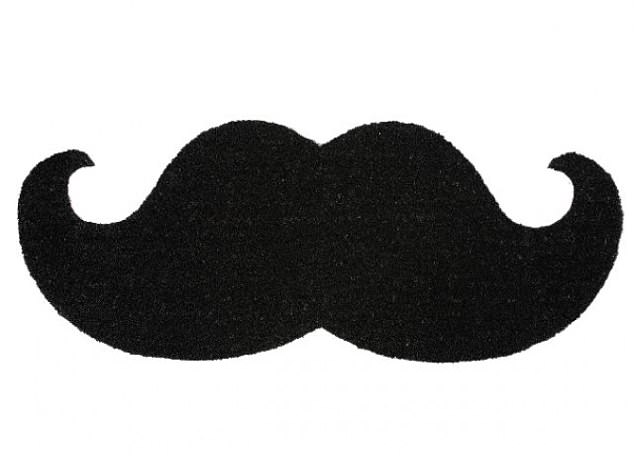 Initiatives such as Movember have helped change the conversation

But among those who have opened up about prostate cancer, an initial reluctance to seek help still seems a common theme. Jeffrey Archer recently confessed that it was his wife forcing him to see a specialist that saved his life.

The former BBC newsreader Bill Turnbull admitted: ‘Maybe if I’d caught it earlier and stopped it at the prostate, I’d be in a much better state.’ Indeed, previous to his diagnosis, he prided himself on the fact that he hadn’t needed to go to the GP for four years. And it’s not just prostate cancer. Earlier this year former Health Secretary Andrew Lansley revealed he had bowel cancer and only went to see his GP for his back pain ‘after much nagging from my wife’.

It’s almost archetypal. You might remember George, the hero of Mark Haddon’s novel A Spot of Bother, who becomes convinced that he has cancer, decides to operate on himself with a pair of scissors and nearly bleeds to death. Or the hero of Leo Tolstoy’s masterful story The Death of Ivan Ilyich, who falls off a chair while hanging drapes but doesn’t bother going to the doctor until his wife gets fed up with him being irritable the whole time. ‘The pain did not decrease; but Ivan Ilyich made every effort with himself to force himself to think that he was better. And he was able to deceive himself so long as nothing agitated him.’ What happens to Ivan? Well, the clue’s in the title.

‘A lot of men don’t want to confront the truth,’ says Cary Cooper, professor of organisational psychology at the University of Manchester. ‘They fear hearing that they have prostate cancer or heart disease or whatever it is. When men have depression, they suffer quietly. Women go for counselling much sooner than men do.’ His research has shown him that women deal much better with all forms of stress. ‘Women seem to confront the reality of what’s causing the stress – they do something about it and they seek social support as they do it – whereas men’s coping strategy is avoidance. You don’t find many men who confess to their friends that they’re worried to death and then start crying because they’re urinating ten times a night.’ 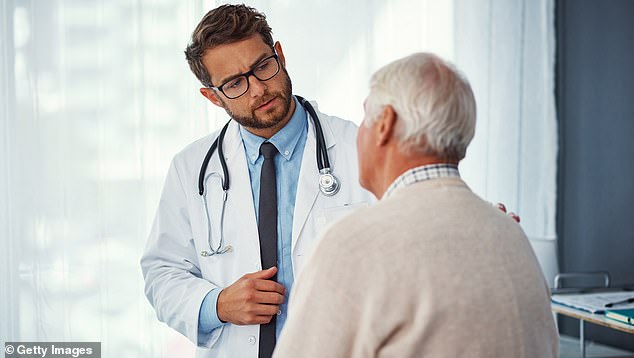 A lot of this has to do with society’s expectations. ‘Men feel that they have to be the strong one in the family. Even when the man is not the main breadwinner, they tend to think of their own career as being more important.’

Kenny Mammarella-D’Cruz has made a career of trying to redress this balance. He is the founder of MenSpeak, a network of groups that aims to get men to open up to one another about everything from major health issues to relationship worries. ‘With the prostate thing specifically, men often say, “I don’t want someone’s finger up my bum.” They’re worried that it will be uncomfortable.’ (By contrast, they’re fine with playing up symptoms for motherly attention when they know they’re actually fine, hence the ‘man-flu’ stereotype.)

But Mammarella-D’Cruz reckons this conceals our deeper fears of letting everyone down, which is even more absurd, when you consider it: nothing would let people down more than, for example, dying of a heart attack when you could have done something about the underlying issues years beforehand.

How to persuade a man to go to the GP

‘Totally! These are completely illogical, irrational, emotional responses,’ he says. But they’re ones that go deep with most men. ‘Generally, a man’s greatest fears are humiliation and abandonment. The mantra of most men that I see is: “Why do the other boys in the playground not want to play with me? Who’s laughing at me?” If that’s men’s default position, then they definitely can’t afford for anything to be wrong with them! And sadly, there are many men who would rather take their own life than deal with a mental, physical or social issue: “I would rather be dead than helpless or humiliated.”’ Mammarella-D’Cruz notices this most often with working-class men: ‘Men on lower incomes are in general less inclined to seek help. They often say, “I can’t afford to be ill.”’

However, Martin Tod of the Men’s Health Forum cautions: ‘I find the culture of man-blaming frustrating. We often talk about health services as if we live in a world where all employers are enlightened and sympathetic. Understandably, people are cautious about expressing weakness in the workplace.’

This often runs in concert with a particular type of male pride – the idea that we’re indispensable. (But, then again, it is often the man who brings home the larger income, so it’s no wonder many men feel they can’t afford to be ill.)

A GP friend of mine admits this is something he encounters daily in his surgery. ‘One of the issues is that we’ve medicalised being a woman in a way that we haven’t being a man,’ he says. Women, typically, have far more contact with doctors. ‘When they’re teenagers, they’ll often come to see us for contraception. From the age of 25, we call them in every three years for cervical screenings. It’s usually the mums bringing in the children for their jabs. And as women get older, we manage the menopause by prescribing them drugs.’

A healthy man might have nothing to do with a doctor for decades of his life, which makes him far less inclined even to consider it as an option when health issues start rearing their heads, usually in his 40s or 50s. 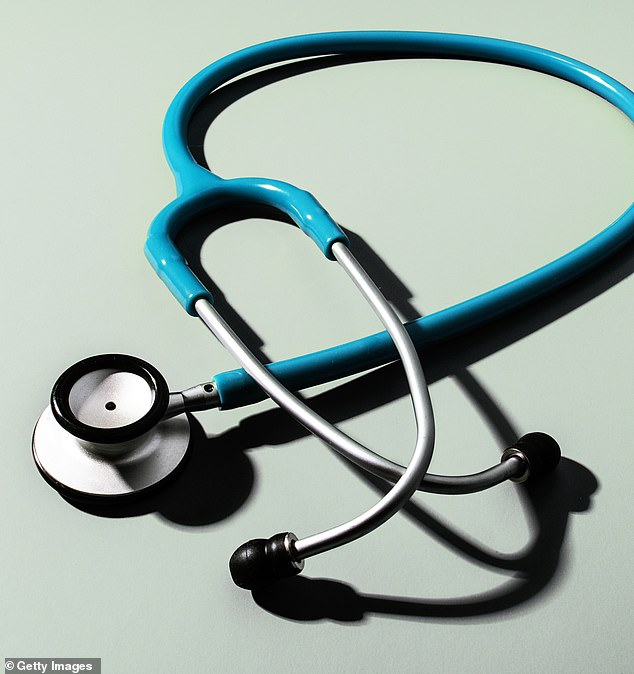 Fear of doctors?  Dr Mammarella-D’Cruz reckons men’s reluctance to go tot he doctors conceals our deeper fears of letting everyone down

So what’s a partner of a GP refusenik to do? Well, the first thing to note is that spousal pressure works: it’s one of the reasons why married men are generally healthier than the unmarried. Cooper is very much in favour of nagging, and says if gentle persuasion fails, literally drive him to the doctor. I would also suggest that forcing men who have children to play a more active role in childcare – including taking children for jabs – is not such a bad idea.

The more contact a man has with the medical system, the fewer barriers there will be to booking an appointment for himself. You might also gently ease him into looking after himself with care-themed treats: perhaps a massage or some acupuncture for his birthday.

Another effective way is to play on all those fears of not being able to provide: ‘Stop being so emotional about it! You’re letting down your family and friends by not getting checked out.’

‘It’s a bit like when you’re on an aeroplane and you’re supposed to put on your oxygen mask before you deal with anyone else’s,’ says Mammarella-D’Cruz. ‘When you’re dealing with children, you have to remember that they’re going to copy what you do. You need to teach them how to take care of themselves.’ The same, of course, is true for men who don’t have children. The simple fact is that each of us would be missed.

Perhaps we need to redefine that horrible phrase ‘man up’. ‘People use it to mean, “Come on, don’t make a big deal out of it, there’s nothing wrong with you,”’ he says. ‘But to me, manning up is about talking about the problem, admitting the problem, sharing your experience. You’re never alone.’