Why you keep getting cystitis, how to treat it successfully

Some describe it as peeing on barbed wire. Others feel that passing ‘burning knives’ or ‘flaming arrows’ is more accurate.

However you refer to the physical sensation of trying to wee while you have cystitis (trying being the operative word- sometimes only an excruciating drop comes out), it’s an ordeal that you probably wouldn’t wish on your worst enemy.

Given that at least 50 per cent of women will experience it, it seems especially unjust that treatment options are limited and often reduced to old wives tales.

Now the authors of a new book, Wonder Down Under, aim to counter underwhelming sex education and a lack of research in women’s health and anatomy.

Here in a piece for Get The Gloss, Nina Brochmann and Ellen Støkken Dahl dispel the myths about what works and what doesn’t when it comes to cystitis.

From cranberry juice to painkillers to methods of contraception, here’s what helps to put out the fire, what could make the flames worse and possible reasons you’re cursed with cystitis in the first place.

Treatment options for cystitis are limited, and some of them are not better than old wives tales

In a nutshell, your bladder in a very distressed state.

According to the NHS, cystitis is typified by bladder inflammation, usually triggered by a bladder infection.

Your bladder can become infected due to bacteria being where it shouldn’t (more on that in a moment), and once it’s there, causing mild discomfort or sheer agony, depending on how severely you’re suffering and how often you get it.

There’s a biological reason you get it and your boyfriend/ husband/ brother don’t.

Why women get cystitis?

It’s pretty much down to anatomy, as Wonder Down Under authors, doctors and women’s health experts Nina Brochmann and Ellen Støkken Dahl explain.

They say: ‘Urinary-tract infections are crappy and as a woman you’re particularly prone to them. Our short urethra is to blame. As is the fact that our anus is in close quarters to the urethral opening.

‘Bacteria from our anus work best if they stay where they belong, but it’s difficult to fence bacteria in.

‘They can easily climb into the urethral opening and move up through it until they have settled on the mucous membranes inside the urethra and bladder. Once there, they cause inflammation.’

Male cystitis is possible, but it’s rarer and more often an indicator of an underlying condition, so the NHS recommend that men always see their GP if they suspect that they’re suffering with cystitis (you can also find more information on UTIs in men on the Patient Info website).

You’re more prone to cystitis if you:

At this point, what doesn’t invite cystitis may seem like a more pertinent question, but if you’re in any doubt, here’s how to tell if you have it, if the pee sting hasn’t given the game away yet…

How to know if you’ve got cystitis

It’s all in all pretty horrible, but that should be your lot for your average case of cystitis, although be on wary of worsening symptoms. Nina and Ellen explain the rarer implications of cystitis:

‘The vast majority of urinary-tract infections in young women, as many as 95 per cent, are what we call uncomplicated. This simply means that the infection is considered to be less dangerous and requires simple treatment or none at all.

‘Of course, you should always be alert to any deterioration.

If you develop a fever or the pain worsens, especially if it moves up towards your back, you must visit your doctor as soon as possible, at the out-of-hours surgery if need be.

Cystitis is inflammation of the bladder, usually caused by a bladder infection.

It’s a common type of urinary tract infection (UTI), particularly in women, and is usually more of a nuisance than a cause for serious concern.

Mild cases will often get better by themselves within a few days.

However, some people experience episodes of cystitis frequently and may need regular or long-term treatment.

There’s also a chance that cystitis could lead to a more serious kidney infection in some cases, so it’s important to seek medical advice if your symptoms don’t improve.

This may be a sign that the bacteria have caused pyelonephritis and there’s a risk that you may end up with a messed-up kidney.’

By that, they mean that you could be at risk of developing a kidney infection, which can make you feel extremely unwell, or if left untreated, permanent kidney damage.

This is rare, but if your cystitis symptoms have progressed to intense pain, fever or you notice blood in your urine, get thee to the doctor’s.

Equally, if you’re pregnant and have cystitis, don’t hesitate to get it checked out by your GP, and if you experience symptoms frequently, you could be suffering with interstitial cystitis.

As above, this punishing condition is somewhat shrouded in mystery, but Nina and Ellen shed a bit of light:

‘It’s often necessary to investigate more closely what kind of bacteria are involved, and sometimes checks will be carried out to see if you have an underlying condition that makes it easier for you to become infected.

‘Having said that, some women get urinary tract infections again and again without our knowing why. It is suspected that these women may have slightly different immune defences in the mucous membranes of their urinary tract, which makes it easier for the bacteria to gain a foothold.’

Joy of joys, and at present there’s no cure for interstitial cystitis- your GP or specialist will devise a plan of action depending on your individual medical history and any test results, but lifestyle changes are almost always recommended to ease your pain, possibly combined with painkillers, physiotherapy, medication to relax bladder muscles and repair the lining and, as a last resort, surgery, which could involve stretching the bladder, cauterize ulcers or inflamed areas and even using Botox for pain relief.

Be reassured that this type of cystitis is rare, but if you are a sufferer, or know one, you can seek support through the Bladder Health UK charity.

How to cope with and treat cystitis

Cystitis and I are familiar bedfellows, in that the dreaded pee knives have left me bedridden on more than one occasion.

One particularly memorable cystitis flashback was when it decided to aggressively come along for a short holiday with my boyfriend and I in Rome.

I’d actually felt the twinges before I left, but like 31 per cent of women, according to a survey of 2000 adults by Pharmacy Outlet, I ignored it, and merrily continued swigging espressos and red wine as my main fluid intake while shunning sleep for more fun activities and trying to hold the sensation of needing a wee (s) while we queued our way around the Vatican.

Boy did I pay for that lax behaviour.

I ended up feverish in my Best Western, with blood in my wee that eventually led to a trip to A&E, where I was leap frogged by nuns in the queue (true story) and then had to mime my issue to the bemused and time pressed nursing staff.

After the best part of a day I was duly dispatched with antibiotics after a urine test confirmed the bacterial invasion, plus a list of ‘do’s and don’ts’ in Italian. I speak Spanish and French so roughly deciphered through Latinate similarities that this meant I should avoid coffee, wine, tomatoes, lemons, sweet things and sex.

So basically all of the things you came to Italy to enjoy in the first place.

The ‘do’s’ corresponded with sensible NHS advice – to recover fully, R&R is essential, as is…

Take painkillers if you need to, but this is where recent research gets interesting, in a bad way for cystitis sufferers. A recent Norwegian trial involving 383 women diagnosed with cystitis showed that taking ibuprofen delayed recovery compared to antibiotic treatment.

Half of the women involved in the study took ibuprofen, while the other half were given a standard three day course of antibiotics. After four days, 74 per cent of antibiotic takers had made a full recovery, compared to 39 per cent in the ibuprofen group.

Overall, women taking ibuprofen took three days longer to recover, with 46 per cent needing to make a return trip to the GP within a month to treat symptoms that had either gotten worse or recurred, compared to just 10 per cent of those who had taken a course of antibiotics. 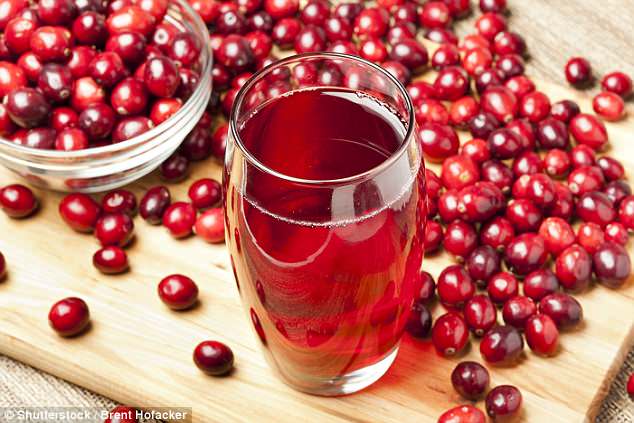 Considering the growing danger of antibiotic resistance, GPs and doctors are now increasingly reluctant to prescribe antibiotics for mild cases of cystitis, and more often than not the infection clears up by itself when following the lifestyle guidance above.

Painkillers can help to reduce discomfort, but the study’s authors caution that, until cystitis is better understood, ibuprofen in particular (often recommended as it’s an anti-inflammatory) can’t solve your cystitis woes:

‘Reducing the use of antibiotics came at the cost of stronger symptom burden, longer duration of symptoms, and more complications.

‘Until we can identify those women who will develop complications, we cannot recommend ibuprofen alone as initial treatment to women with uncomplicated urinary tract infections.’

Researchers point out that following lifestyle advice, taking ibuprofen and having a ‘sit it out and see’ approach could help to cap antibiotic use, as over 50 per cent of women did see cystitis symptoms clear up without antibiotic treatment, but always make an appointment with your GP if your cystitis doesn’t clear up over three days, if symptoms worsen or if they keep returning.

You may also be five liters into the cranberry juice by now, but unfortunately, we’ve got bad news in that department too.

If, like me, you may as well have bought shares in Ocean Spray with your cranberry vs. cystitis chugging over the years, you’ll be disheartened to hear that new draft guidelines issued at the beginning of this month by the National Institute of Health and Care Excellence state that there’s not sufficient evidence to recommend cranberry juice as a means of relief from cystitis.

Further consultation on the guidelines will close on the 5th of June, so if there are any berry related breakthroughs between then and now we’ll let you know, but it’s looking unlikely.

That said, Ellen and Nina reassure us that a glass of cranberry juice shouldn’t do any harm either:

‘It’s a common folk remedy that’s been used for centuries, and while it’s been indicated that cranberries have no protective effect, if you like cranberry juice there’s nothing to stop your trying it, and there are no side-effects.’

More recently, taking concentrated aloe vera has been suggested as a means to improve symptoms, reduce pelvic pain and decrease the frequency, urgency and burning sensation of peeing in interstitial cystitis sufferers in particular, although the latest study results were based on a self-reporting survey and further clinical research is required.

Consult your doctor before downing aloe vera juice, but a little every now and again is unlikely to do any harm. H2O is probably just as helpful to flush the bacterial buggers out, however, and at least it costs sweet nothing.