Why you shouldn’t eat your placenta like Coleen Rooney

‘Eating the placenta borders on cannibalism’, a leading expert has claimed.

The celebrity fad favoured by Kim and Kourtney Kardashian has no health benefits and could be deadly, according to Dr Alex Farr from the Medical University of Vienna.

Although previously praised as a ‘superfood’ that boosts milk production, prevents post-natal depression and aids pregnancy recovery, Dr Farr states nutrients are present in insufficient amounts to have any health benefits.

The placenta may also contain heavy metals, he adds. When ingested, these metals could cause headaches, seizures or even death.

Mothers were recently advised by The Centers for Disease Control and Prevention not to eat their placenta after a newborn developed life-threatening blood poisoning passed on from its mother when she took bacteria-contaminated pills.

This comes after pregnant mother-of-three Coleen Rooney, 31, who is married to ex-England football captain Wayne Rooney, told her Twitter followers earlier this week she plans to eat placenta pills after the birth of her new arrival. She has previously said they helped her regain her pre-baby body in past pregnancies.

Kim Kardashian, who is married to Kayne West, is also a fan, taking placenta pills after the birth of her second child Saint.

Coleen Rooney is a fan of placenta pills, yet a leading expert describes it as cannibalistic 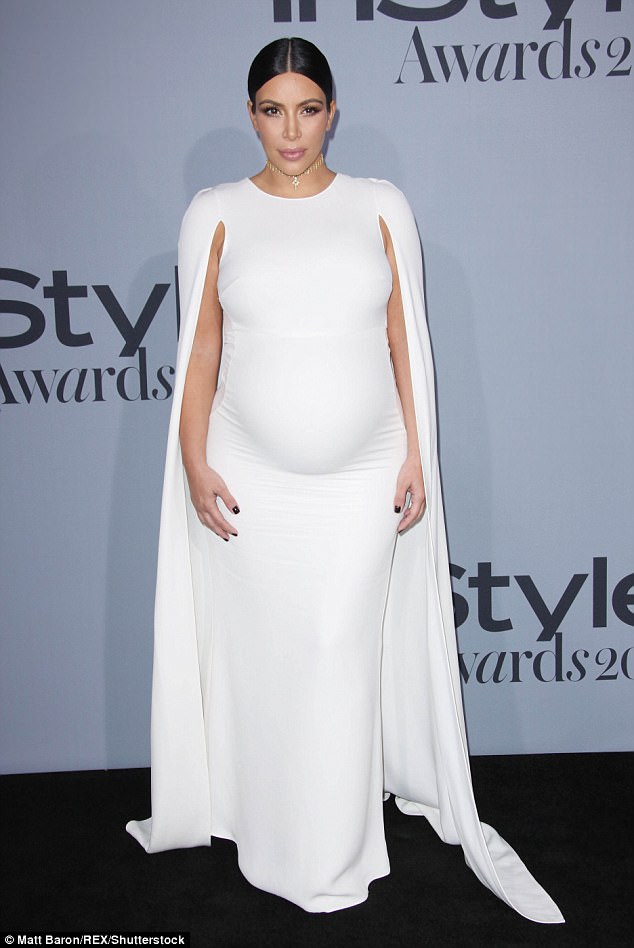 Kim Kardashian is also a fan, yet Dr Farr adds the act has no health benefits and may be deadly 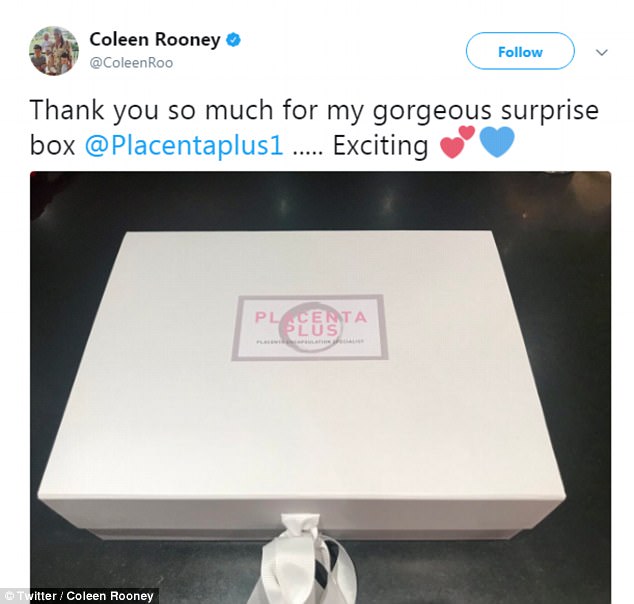 ‘Exciting’: Coleen took to social media earlier this week with an image of a delivery from Placenta Plus – a company which turns placentas into tablets for £200

OTHER CELEBRITIES WHO’VE EATEN THEIR PLACENTA

Mad Men actress January Jones credits placenta pills for giving her energy after the birth of her son Xander Dane in 2011.

Alicia Silverstone, best known for her role in Clueless, took placenta capsules after having her son Bear Blue in 2011, calling them ‘happy pills’.

In 2013, Playboy model and Hugh Hefner’s ex-girlfriend Holly Madison wrote on her blog saying she was planning on taking placenta pills after the birth of her daughter Rainbow.

Ex-Atomic Kitten star Natasha Hamilton said taking placenta pills ‘was the best money I ever spent’ after having her fourth child.

‘Eating the placenta borders on cannibalism’

According to Dr Farr, the placenta contains insufficient levels of nutrients, such as zinc, iron and selenium, to benefit women’s health.

It may also accumulate heavy metals, he adds, which could cause seizures and life-threatening complications if ingested.

‘Most mammals eat the placenta after birth, but we can only guess why they do so.

This comes after the Centers for Disease Control and Prevention’s recent statement warning new mothers not to consume their placenta after a newborn developed life-threatening blood poisoning passed on from its mother when she took tablets contaminated with the sepsis-causing bacteria Streptococcus agalactiae. 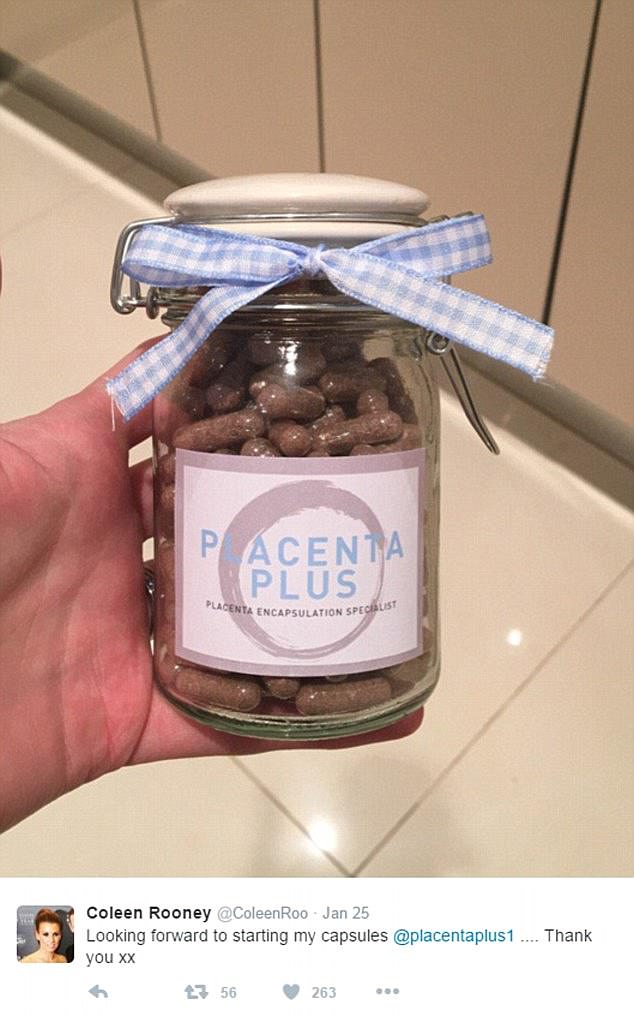 On Tuesday, Coleen Rooney took to Twitter with an image of a delivery from Placenta Plus – a company that turns the organ into tablets with the message of providing women with its supposed nutrients after birth.

The WAG captioned the picture: ‘Thank you so much for my gorgeous surprise box @PlacentaPlus1… exciting!’

It is not the first time Coleen has indulged in the £200-practice, having praised placenta pills for making her more energised, boosting her milk production and helping with weight loss after the birth of her third son Kit in January of last year.

The placenta is most commonly consumed in capsule form, but can be eaten raw, cooked, dehydrated or in smoothies.

The study’s findings were published in the American Journal of Obstetrics and Gynecology.