Why you shouldn’t panic if the property bubble bursts

Britain is approaching the end of a property price boom. Asking prices have risen for the fifth month in a row to reach another record high, with buyers facing an average price tag of more than £300,000.

In just one year, house prices have shot up by more than 10 per cent, according to Nationwide.

Desperate buyers, rushing to cash in on stamp duty savings or move to bigger homes, have been battling it out to win houses with gardens in sought-after areas, driving up prices.

Property bubble? In just one year, house prices have shot up by more than 10 per cent, according to Nationwide

But between March and April, the Office for National Statistics recorded a 2.2 per cent fall in house prices. Experts say this was a wake-up call that the market can go down as well as up.

So as the stamp duty holiday draws to a close, with family finances stretched to the limit and house prices beginning to fall, are those caught up in the property boom about to be caught out?

This can happen if you buy your home with a small deposit and, shortly afterwards, house prices fall sharply because of an economic downturn. Or if buyers have paid over the odds to secure a home in a frenzied market.

So will families who bid over the asking price by 10 per cent or 15 per cent wind up in negative equity? 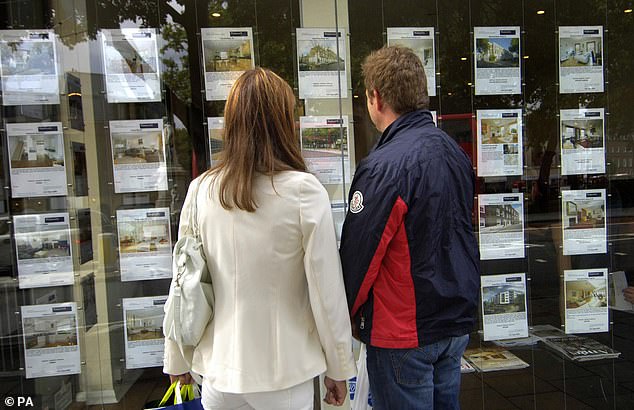 Desperate buyers, rushing to cash in on stamp duty savings or move to bigger homes, have been battling it out to win houses with gardens in sought-after areas, driving up prices

Lawrence Bowles, a research analyst at estate agent Savills, says this is unlikely.

‘If you are buying with a mortgage, your lender will instruct a surveyor to value the property,’ he says.

‘The surveyor will not agree with your purchase price unless there is evidence that it really is worth what you are prepared to pay.’

Mortgage brokers, however, have reported that some buyers are happy to go ahead with a sale even when the valuation report is lower than the purchase price — using their own savings to make up the mortgage shortfall. This increases the risk of negative equity.

Those who buy a home with a small deposit of between 5 per cent and 10 per cent and those who purchase new-build properties — which have a premium attached to the price — are the most likely to end up in negative equity.

So real is the risk that one mortgage lender is taking precautions: Skipton Building Society will not offer mortgages to new-build homebuyers who have only a 5 per cent deposit to avoid putting them at risk of negative equity. 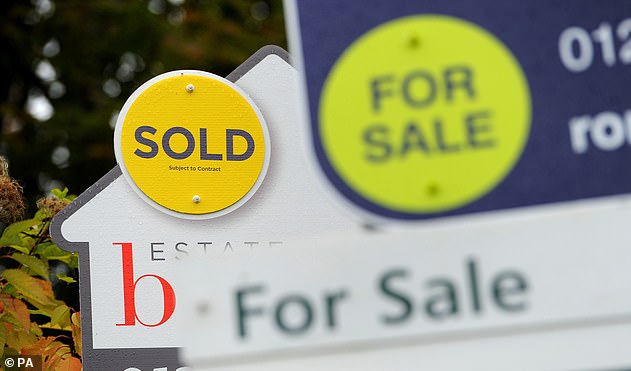 Wake-up call: Between March and April, the Office of National Statistics recorded a 2.2 per cent fall in house prices

More than 60 per cent of first-time buyers say they are worried their house in the future may be worth less than they paid for it, according to a survey by broker First Mortgage. And 42 per cent said negative equity would cause them a problem.

Nick Morrey, product technical manager at mortgage broker John Charcol, says: ‘It is an understandable fear, but given that house prices are expected to remain robust, it shouldn’t be a big problem.

‘The loss is only on paper unless you try to sell.’

He says borrowers who find themselves in negative equity should not panic.

‘At the end of your mortgage deal, call your lender and ask them for a new rate.

‘Even if your mortgage debt is worth more than your home, they will still be able to offer you a good deal.’

Even after the tax relief begins to taper off, forecasters say new buyers need not fear a property price collapse because the market is awash with house-hunters who are looking to upsize.

Recent faltering house prices, however, are not the only dark cloud on the horizon.

Rising inflation and the risk of job losses as a result of the pandemic could put a squeeze on household finances, making it harder to keep on top of mortgage payments.

‘Those who used up all their savings to buy a more expensive house may be wishing they had kept some reserves as a safety net,’ says Mr Morrey.

And borrowers who rushed to buy homes in the countryside miles from the office during lockdown may face stiff commuting costs when they are called back to work.

The good news is that, thanks to banks’ tough affordability checks, borrowers should be able to withstand some fall in their income or change in their circumstances.

All lenders have to ensure you can afford to pay your mortgage at an interest rate of around 7 per cent — 3  per cent above their standard variable rate. With banks prepared to offer home loans of between 1 per cent and 4 per cent, there is plenty of wiggle room.

But those who are made redundant should act quickly, says Mr Morrey.

‘Call your lender to discuss your options straight away.

‘Lenders can offer partial or interest-only payments, or look at stretching the mortgage term to bring down costs.’