Widow, 85, slugged with $12,300 rates bill after the council suddenly rezones her patch of farmland

An elderly woman has been left with a sky-high rates for near-useless land after a council rezoning.

Mary Daicos, 85, and her late husband Malcolm purchased the 3.5hectare site in Wollert, on Melbourne’s northern fringe, 30 years ago for $40,000.

The couple ran sheep and some cows for a while but since then the land has been sitting empty.

Last year the property was valued at $875,000 and classified as farmland, but is now classified as ‘light industrial’ and judged to be worth almost $5million.

The land is now worth $4.84million, according to the Whittlesea Council, and Ms Daicos, who would pay the bill in installments, now wants to sell up.

But there’s an issue – construction is banned on the back quarter of the site, which sits near a quarry, and the front has an overlap for a planned road expansion.

And the entire site is within the Environment Protection Authority odor buffer from the Wollert Landfill, which is nearby, after last years rezoning. 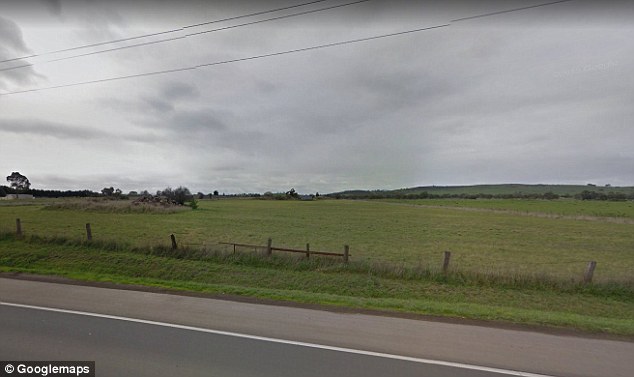 Real estate agents say the land in Wollert, Victoria would not get anything close to the $4.8million price tag

Real estate agents said the land would not get anything close to the $4.8million price tag.

Kate Donaldson, who is the agent representing Ms Daicos, said they would be lucky if the land was worth what it was valued at two years ago.

She said it would probably only interest someone looking for a place for cattle or sheep and they wouldn’t pay $4.8million for it.

‘The family asked me to put the land on the market, but when I looked into it, you can’t build a house on it, and within the buffer zone on it, you can’t even build a structure on it.’

Ms Daicos has contacted Whittlesea council, requesting a reassessment. The council is now reviewing its valuation.