Grieving mother, 32, slams ‘totally insensitive’ DWP after they posted a statement saying ‘your relationship has now ended’ after her husband died suddenly from a heart attack

A grieving mother has hit out at the Department for Work and Pensions for a ‘totally insensitive’ statement telling her ‘your relationship has now ended’ after her husband’s tragic death.

Charlotte Linniard, from Reading, Berkshire, returned from the supermarket in November last year to find her husband Chris had suffered an unexpected heart attack at the age of just 32.

The 32-year-old widow, who has a one-year-old daughter, later contacted the DWP to update her universal credit claim to a single person’s account.

But her grief was compounded when the department marked her online account with the note: ‘Your relationship has now ended’.

She called the statement a ‘slap in the face for someone who’s struggling to come to terms with the death of their soulmate’.

Charlotte Linniard, pictured with her daughter Livvy, has criticised the ‘insensitive’ DWP for the way it handled her husband’s death 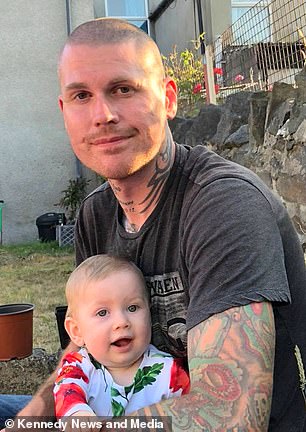 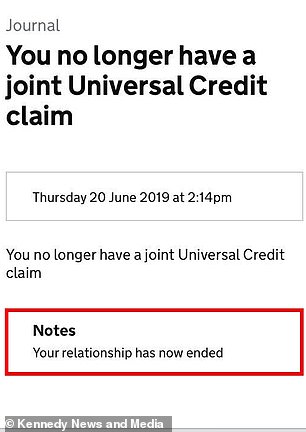 Chris Linniard suffered a tragic heart attack aged just 32 and collapsed while looking after his daughter. The DWP simply marked up his wife’s universal credit notes with the words ‘Your relationship has now ended’

Ms Linniard said: ‘When I logged on, I felt awful seeing that.

‘As far as I’m concerned, I’m still married. My relationship hasn’t ended – he was taken from us.

‘It’s always going to be awful regardless, but it’s one of those things. It’s annoyed and upset me.

‘I’m sure many other people in my situation feel the same.

‘I complained when I spoke to someone last week. I explained something should be done about it because it’s really insensitive.

‘They all blame it on this computer system, but it must be controlled by people?’

At the end of last year, Charlotte arrived home from grocery shopping to find that Chris, who was looking after their daughter, had collapsed. She performed CPR until an ambulance arrived, but he was pronounced dead at hospital.

Now Charlotte and their little girl Livvy, 21-months-old, are coming to terms with life without the little girl’s father. 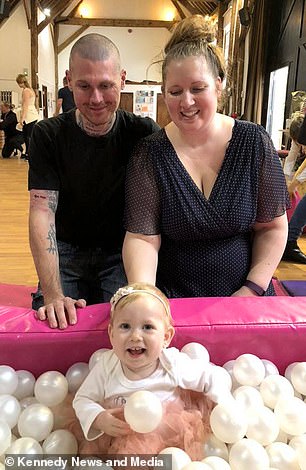 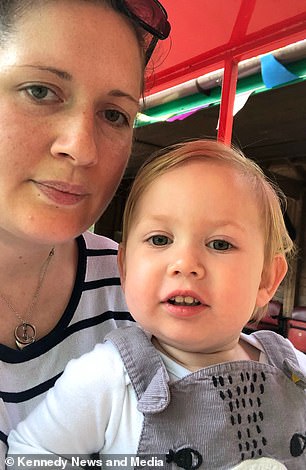 The couple with Livvy before Chris’s death and, right, Charlotte with her daughter

A spokesperson for the DWP said: ‘We have contacted Mrs Liddiard to apologise unreservedly for the distress caused.

‘We’re reviewing and improving our systems to ensure this is addressed.’

Vicky Anning, WAY Widowed and Young’s spokesperson, said: ‘To be told that ‘your relationship has now ended’ is a devastating slap in the face for someone who’s struggling to come to terms with the death of their soulmate – but this is truly just the tip of the iceberg.

‘Many members of our charity WAY Widowed and Young have been at the receiving end of totally insensitive and frankly bewildering treatment at the hands of large organisations like the DWP after their partner has died.

‘Our 3,000 members often report that they continue to receive mail and even tax demands and health appointments long after they’ve informed authorities about their bereavement.

‘A bit of common sense and compassion and a joined up bereavement policy across government organisations like the DWP and HMRC, for example, would go a long way to help avoid upsetting situations like these in future.’