A widow has told of her torment after her neighbour abandoned work on his half-finished property leaving their semi-detached countryside cottages looking like a ‘bomb-site’ for the past six years.

Susan Bird, 67, says her life has been made a misery after renovation work on the home adjoining hers ground to a halt and half of the building was left as an empty shell.

Not only is the site an eyesore, Mrs Bird says her half of the house has suffered cracks from the unoccupied adjoining property, as well as rats and mice scurrying in from the vacant plot. 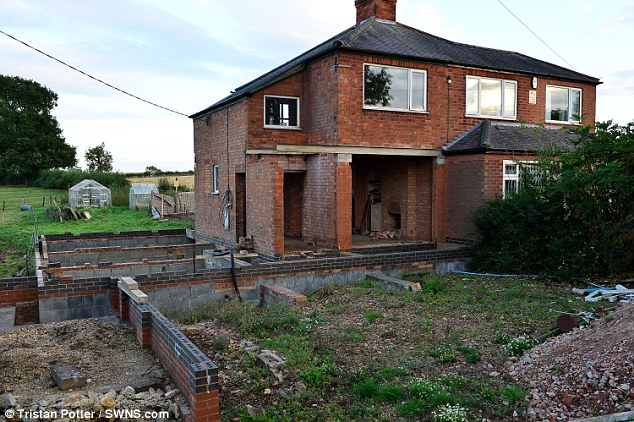 Foundations of the semi-detached home have been set, and walls removed, but the house has not been lived in for six years, causing upset for the widow next door

Art tutor Mrs Bird moved into her dream 1930s home in the village of Burton Overy, Leicestershire with her late husband Edward in 1998, when both of the countryside properties were occupied.

But her neighbour, a former farm worker and postman, moved out in around 2000 and the cottage was bought by the owners of nearby Grange Farm in 2005.

In 2006, the new owners were granted planning permission by the council for a large extension to the front, side and rear of their cottage.

They laid the foundations of the extension and six years ago knocked out the front and back walls of the cottage.

But they then disappeared and work ceased on the house, leaving behind a derelict mess which has left Mrs Bird’s £215,000 property plagued with problems.

She now has CCTV installed around her house and metal security screens on her front windows because she no longer feels safe. 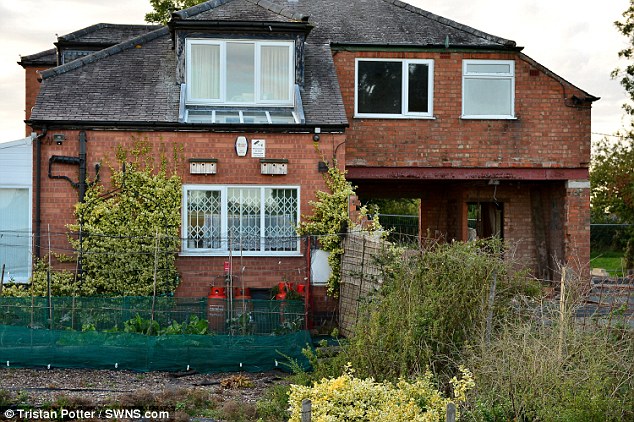 Mrs Bird’s home is stuck, attached to the exposed home, the ground floor of which is exposed to the elements 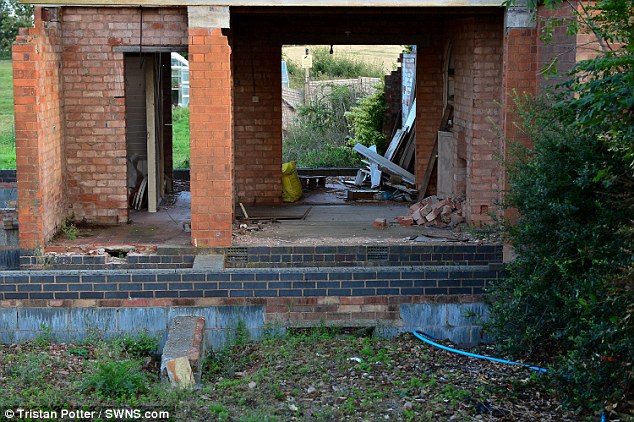 As well as the eyesore of the building, Mrs Bird is worried about the structural integrity

Mrs Bird said: ‘Life is just horrendous and I feel I’m living in a 365-day a year state of emergency here. The house next door is a bomb site.

‘It’s a health risk. I can’t go on living like this and nobody should be made to live like this.

‘The dereliction has all but destroyed the looks, value, sense of safety and enjoyment of my own home.

‘I’ve had rats, mice, red dust from building work, damp and hairline cracks in my walls.

‘I really don’t know how this has been allowed to continue for so long. I can’t believe the council has allowed a well-built 1930s home to disintegrate in this way.

‘Apart from all the problems it’s caused me, it’s made a shell of a perfectly good house that someone could be living in.

‘I’ve considered moving but it took Ed and me 15 years to find this lovely property. I feel I’m connected to the landscape here so why should I move?’ 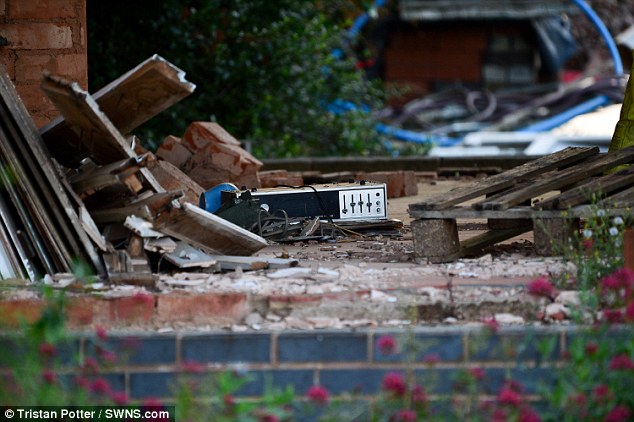 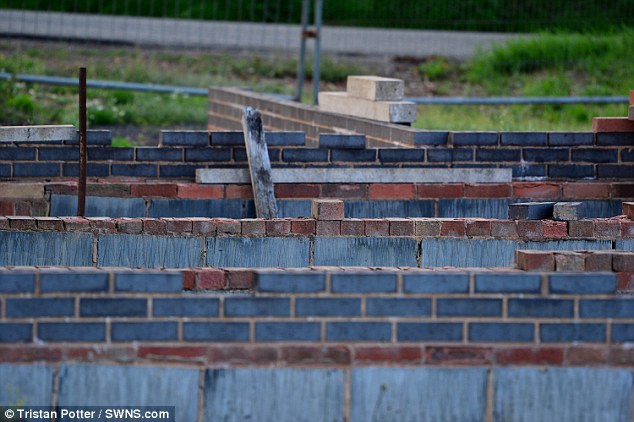 She said work started on the cottage next-door in 2008 when the owners ripped out everything and left piles rubble in the road.

Two years later, the elevations at the front and back were removed leaving it ‘completely open to the elements.’

She said that from 2012 onwards there has been thick dust coming into her house, which had even covered her bath, hairbrush and soaps.

She claims the farmer who owns the house laughed at her when she complained.

She added: ‘Harborough District Council have kicked it into the long grass. They say it’s the farmer’s land and they cannot interfere. But devastation to all my boundaries goes on, so it is not a civil matter.’ 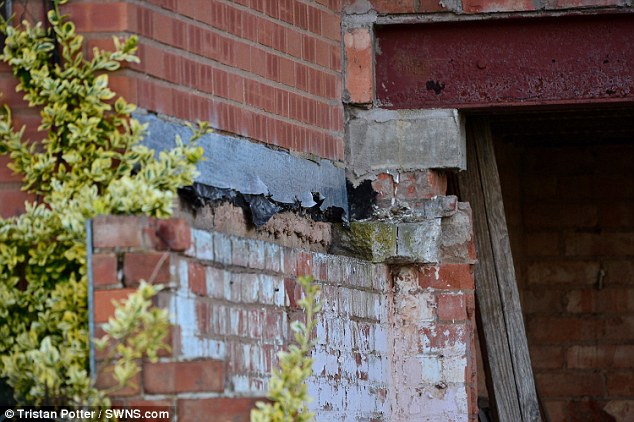 The owner of the adjourning property, David Holman, said: ‘I appreciate it’s not ideal, but I haven’t got the time and money to finish the house at the moment.

‘I wish that wasn’t the case. I would sooner it was done and someone was living in it. The site is secure and relatively tidy and I do what I can to keep Sue happy.’