The widow of a Philadelphia cop gunned down on duty 37 years ago says she is outraged that her husband’s killer has been granted the chance to appeal his life sentence.

A court ruling Thursday puts the 1981 murder of case former officer Daniel Faulkner back in the spotlight as Black Panther Mumia Abu-Jamal has been given another opportunity to appeal his conviction.

Faulkner’s wife, Maureen told Fox and Friends Sunday she is ‘absolutely outraged’ with Judge Leon Tucker for granting the appeal.

‘This is going to open the door for so many murderers to be able to do this and appeal this,’ she said.

Abu-Jamal, a one-time taxi driver and radio reporter, emerged over four decades in prison as a vocal critic of the American justice system, as his case drew the attention of Amnesty International, Hollywood celebrities and death penalty opponents worldwide. 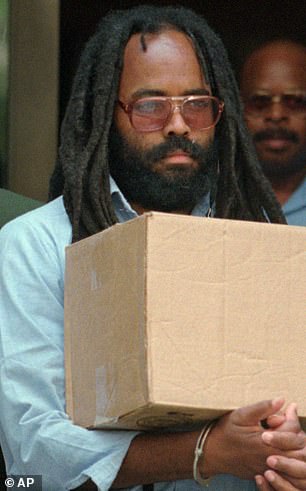 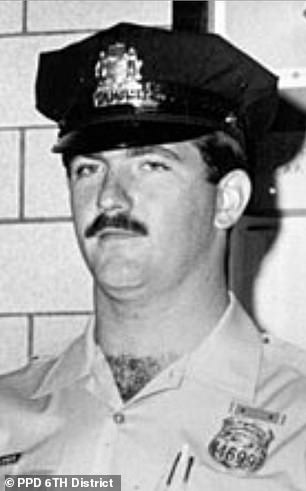 ‘Mumia Abu-Jamal shot my husband between the eyes, he executed my husband,’ Maureen said. ‘I’m never going to let this go. All over the country, they’re reducing sentences on murderers, they’re allowing them out of prison, and it’s wrong. It’s so wrong.’ 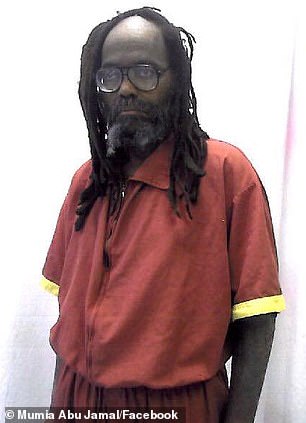 Abu-Jamal’s case has drawn attention over the years from Amnesty International, Hollywood celebrities and death penalty opponents worldwide (pictured in 2015)

Abu Jamal’s writings and commentaries from prison, including the 1996 book ‘Live from Death Row,’ have earned him acclaim from progressive scholars and activists – along with the disdain of police unions, conservative politicians and the Faulkner’s widow.

‘Thirty-eight years!’ Maureen cried out in court this fall during the latest post-trial arguments, leading city Judge Leon Tucker to have her escorted out. ‘This is wrong!’

Tucker’s ruling Thursday may prolong her agony, but follows a 2016 U.S. Supreme Court finding that former Pennsylvania Chief Justice Ronald Castille had been wrong to hear a death-penalty appeal that had come through his office when he was Philadelphia’s district attorney from 1986-1991. Castille had done the same in Abu-Jamal’s case.

The jury convicted Abu-Jamal of killing Faulkner, 25, after he pulled over Abu-Jamal’s brother in an overnight traffic stop. Prosecutors called the evidence against him overwhelming, and said he was shot by Faulkner during the exchange of gunfire.

He spent nearly three decades on death row before a U.S. appeals court threw out the death sentence over flawed jury instructions in 2008, after a hearing that attracted hundreds of chanting supporters.

Prosecutors dropped their bid to restore the death sentence, leaving Abu-Jamal to serve a sentence of life without parole. The buzz around his case largely died down, and his appeals hit a dead end in 2012.

But his closest supporters remained energized.

‘We had hope that something would come along, and lo and behold it was the Williams case,’ said Pam Africa, 73, a leading organizer for Abu-Jamal supporters, referring to the 2016 Supreme Court case involving Castille. 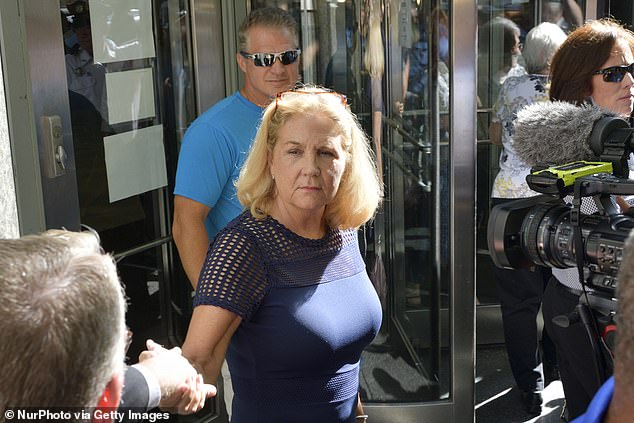 Maureen Faulkner, widow of slain office Daniel Faulkner speaks to the press ahead of a procedural hearing in the appeal revisitation case of Mumia Abu-Jamal, at the Criminal Justice Center, in August 2018 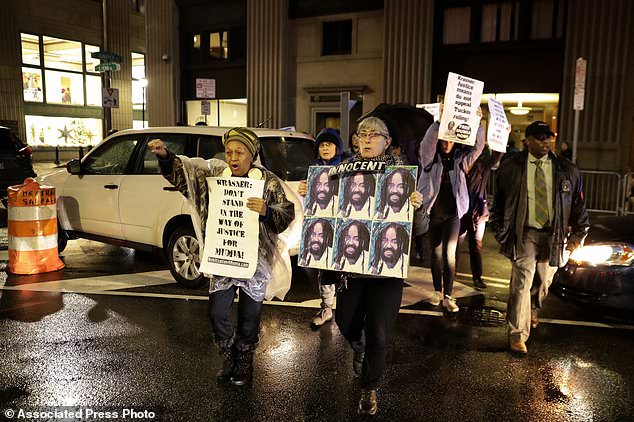 Protestors walk on Broad Street, Philadelphia, to demonstrate for Mumia Abu-Jamal outside the offices of District Attorney Friday, December 28, 2018 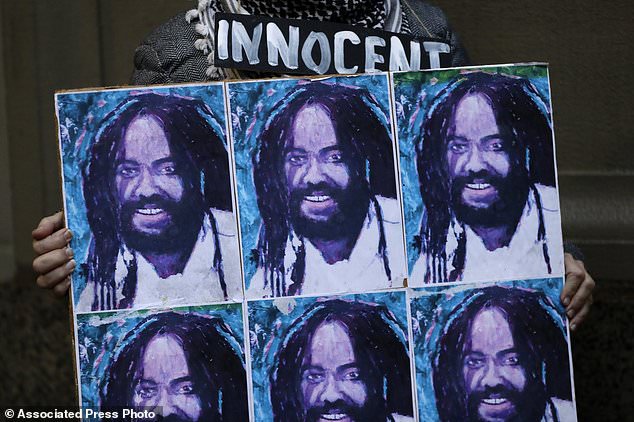 Officials with the city’s Fraternal Order of Police did not immediately return a message seeking comment Friday, but they have been steadfast in their support of Maureen Faulkner and the verdict over the years.

Civil rights lawyer David Rudovsky, who worked on an early Abu-Jamal appeal, said the case has raised many of the fairness questions that still plague the nation’s courts, including the racial makeup of juries and the racial breakdown of people on death row.

‘The race bias, the judicial bias, the questions of identification and prosecutorial commentary or misconduct – we’re still struggling with them,’ said Rudovsky, a University of Pennsylvania law professor.

‘And, of course, with the killing of an officer, and a black activist (charged), it was a recipe for all of the conflicts that we see, then and now,’ he said.

Tucker, in a 37-page opinion, said the appearance of bias was clear and that Abu-Jamal’s appeal should be reargued by the current state Supreme Court based on the briefs his lawyers filed at the time.

‘The slightest appearance of bias or lack of impartiality undermines the entire judiciary,’ Tucker wrote.

District Attorney Larry Krasner, a civil rights lawyer intent on criminal justice reform who took office this year, has not decided whether to challenge the ruling. 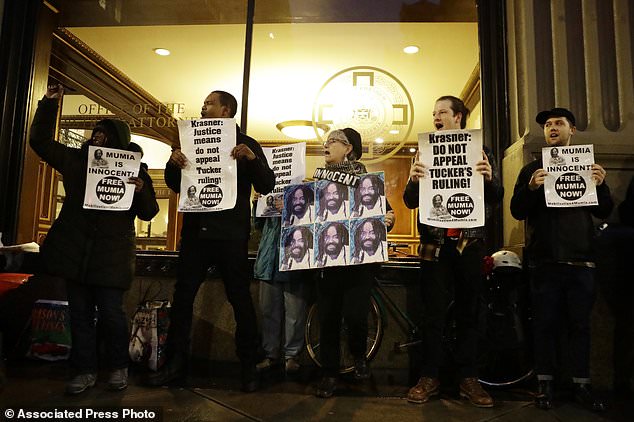