Wife, 43, who ‘stabbed her former global IT executive husband to death’ is charged with murder

The 43-year-old wife of a former executive of a top American IT firm has been charged with murder after he was found stabbed to death at their house in north London.

Natasha Welsh, 43, has been charged today with the murder of her husband Martin Welsh, 47, who died on Friday, Scotland Yard said.

She was arrested alongside her two children, Kyle, 21, and Charley, 23, who were later released without further action.

Welsh is due to appear at Willesden Magistrates’ Court on Monday, 29 October.

A cordon has been put in place around a house in Hendon, north London, after a 47-year-old man was pronounced dead by police and paramedics late last night

Police and paramedics were called at 11.39pm on Friday night to the £600,000 semi-detached house on Greyhound Hill, Hendon, near Middlesex University.

Martin Welsh, 47, was found with a stab injury and he was pronounced dead at the scene.

Mr Welsh, marginally from Irvine, north Ayrshire, had moved to London as a teen.

The father-of-two was a sales executive at Westcon global US technology but was made redundant three years ago.

John singleton, a friend and former colleague of Mr Welsh, told The Times: ‘They used to have a bit of a barney but nothing serious. Everyone has their ding-dongs — him and Tash were no different.

‘They had some problems with their son while he was growing up. I know he used to get in trouble sometimes at school. Martin was always sorting things out, always on the phone to Tasha. They loved each other.’

The man was the 116th murder victim in the capital so far this year.

The neighbour, who did not wish to be named, said: ‘I was at a Halloween party last night at the Greyhound pub and as I was walking by I saw two people by the cottage in the dark.

‘The man was wearing a white vest and looked up at me as I passed. I couldn’t make out the other person in the darkness. They were very quiet. 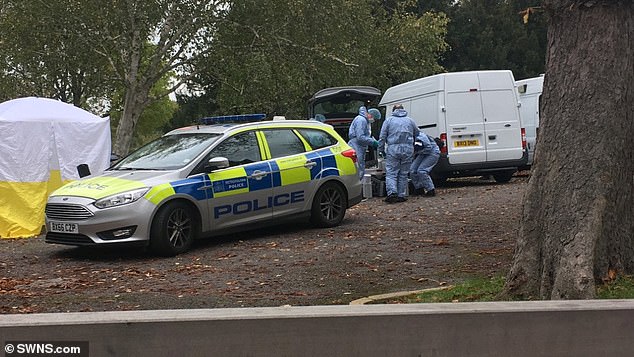 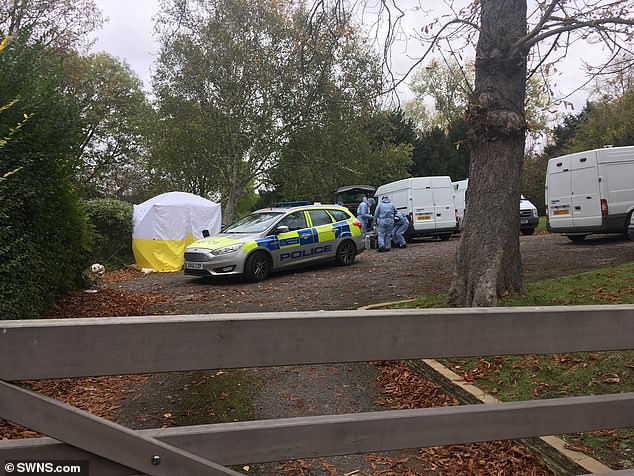 ‘Just then a police car with its lights out pulled up. I don’t know who lives there, just the next door neighbour. It’s very sad whatever has happened.’

Another neighbour who lives in the other cottage adjoining the house where the alleged murder took place refused to comment.

A group of forensics officers remain at the scene, while the surrounding area is closed off.

Locals were shocked about the tragic news, and described the area as a ‘tight-knit community’ while police at the scene said it was a ‘sensitive’ case.

Regulars at the Greyhound Pub said they did not know the residents of the cottage.

One said that the first they knew of the incident on Friday night was when police and ambulances turned up.

Detectives from the Homicide and Major Crime Command are now investigating the alleged murder in Hendon.