Mavis Eccleston, pictured arriving at Stafford Crown Court on September 2, has been cleared of murder and manslaughter

A pensioner has been cleared of the ‘mercy killing’ murder of her terminally ill husband, who died after they both took an overdose at their home.

Mavis Eccleston was also acquitted of the manslaughter of 81-year-old Dennis Eccleston after telling jurors they were both of sound mind, and had agreed to take medication to end their own lives together.

Prosecutors had alleged Mr Eccleston, who was in the ‘end stages’ of bowel cancer, was unaware that he was taking a potentially lethal overdose, and that his wife later made admissions to two mental health nurses.

Mrs Eccleston, 80, sobbed in the dock after being unanimously cleared of murder and an alternative charge of manslaughter following a two-week trial at Stafford Crown Court.

She told the jury last week that her husband – who had previously talked about travelling to Switzerland to end his life on his own terms – had kissed her hand in thanks after she agreed to ‘go with his wishes’ to die. 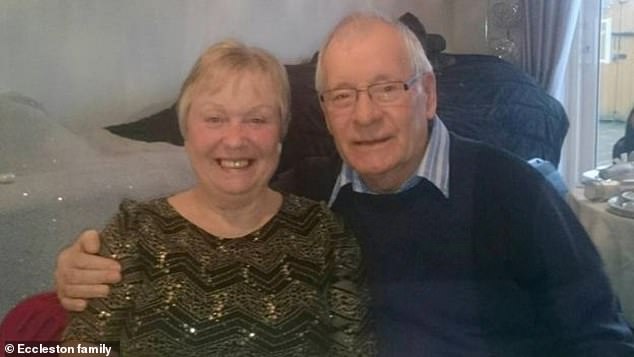 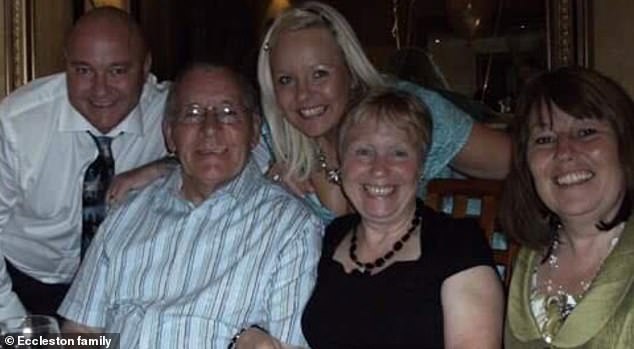 Mr and Mrs Eccleston, who lived in Huntington, near Cannock, are pictured with their family

Describing how she and her husband agreed to take their own lives at their home in Huntington, near Cannock, the pensioner told the court he ‘knew full well’ what medication they were taking and administered his overdose himself.

Mrs Eccleston was given an antidote in hospital for the drugs she had taken in the early hours of February 19 last year.

During her evidence to the jury, Mrs Eccleston said she had fetched medication from a nearby cupboard at her husband’s request, adding: ‘It was an understanding between us. He had to tell me what I had got to do.’ 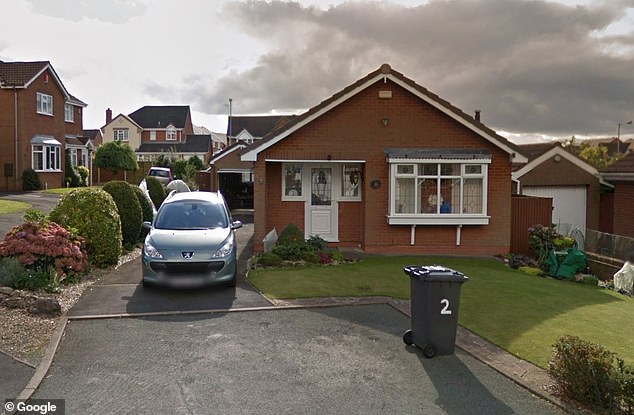 She and her husband agreed to take their own lives at their home in Huntington, near Cannock 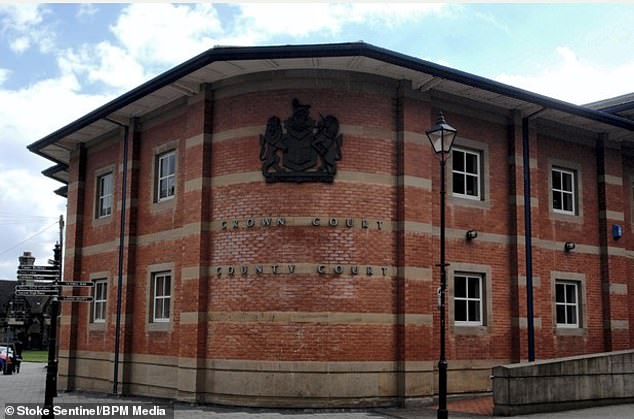 After they had both taken medication, the court heard, Mrs Eccleston kissed her husband on the head, pulled a cover over him, and he said ‘good night darling’ as she went to lie down on a sofa.

‘Mavis should never have been put in this position’: Comment from Dignity in Dying

We are pleased with the jury’s verdict today, but Dennis should not have been forced to take such drastic actions and Mavis should never have been put in this agonising position.

Dennis was suffering from terminal bowel cancer and struggling with unbearable pain and other deeply distressing symptoms.

He simply wanted to die on his own terms rather than endure a protracted, painful death, but because of the UK’s outdated laws on assisted dying, Dennis felt his only option was to end his own life behind closed doors.

Mavis, his devoted wife, felt she had to respect his wishes, but then faced the prospect of life imprisonment simply for acting out of love. Compassion should not be a crime, but under the UK’s broken laws, it is.

What we need is a robustly safeguarded law that provides choice and control to dying people who want it, takes agonising decisions out of the hands of their loved ones and protects the rest of society.

Not only is this a law that 84 per cent of the British public want to see, it’s a choice that terminally ill people in ten jurisdictions across the US, Victoria in Australia and across Canada are already allowed to make.

We urge Parliamentarians to act: to continue to brush this issue to one side is to prolong the suffering of dying people and their families.

Answering questions from defence barrister Mark Heywood QC, the defendant added that she had written a note saying the couple had decided to take their own lives, to explain their actions to their children.

‘The next thing I knew I was in hospital,’ she told the court.

Jurors took around four hours to reach their not guilty verdicts after hearing claims that the prosecution of Mrs Eccleston was based on ‘throwaway remarks’ between her and two nurses.

During a closing speech to the jury, defence barrister Mark Heywood QC said Mrs Eccleston had immediately disputed what the nurses alleged she had said.

The barrister also submitted that it was a ‘fantasy’ to suggest Mr Eccleston would not have asked his wife what medication he was taking.

Mrs Eccleston was arrested on February 21, a day after her husband passed away while she held his hand in hospital.

In a statement read outside court today, Joy Munns, 54, one of Mr and Mrs Eccleston’s three children, said: ‘Our family is grateful and relieved that the jury in this case could also recognise our mom’s love for our dad.

‘But since dad’s death our family has been through a terrible ordeal, waiting over 18 months for this court case, worrying that having already lost our dad to cancer, we might now see our mom imprisoned.

‘We do not believe this needed to happen. If there had been an assisted dying law here in the UK our dad would have been able to have the choice to end his suffering, with medical support, and with his loved ones around him.

‘He wouldn’t have had to ask our mom to do something that is considered breaking the law.

‘We believe there must be a change in the law so that dying people aren’t forced to suffer, make plans in secret or ask loved ones to risk prosecution by helping them, and so that no other family has to experience the pain our family has had to endure.’