Wife attacked husband with scissors after he left her

A housewife attacked her estranged husband with scissors and vandalised his Mercedes after he ended their 16-year marriage and started dating another woman, a court heard.

Karen Hall, 40, had hoped to rekindle her marriage with football coach James Hall after he moved out of their £300,000 home near Macclesfield saying the couple should have a ‘break’.

But when he later told her he had a new girlfriend, she flew into a rage and began a five-month hate campaign against him, Stockport Magistrates Court heard.

As part of her harassment, the mother-of-three posted an entire breakfast meal through his letterbox, including cereal, toast, bacon and sausages.

She then shouted abuse through the front door, before shattering a pane of glass with her mobile phone before twice kicking his Mercedes car as she stormed away.

Mrs Hall wept as she admitted harassment, criminal damage and assault. She avoided jail and was instead given a 12-month community order, ordered to complete 40 hours unpaid work.

The court heard she bombarded Mr Hall, 42, with 139 phone calls – some at 3am – and once punched him as he went to his local pub. 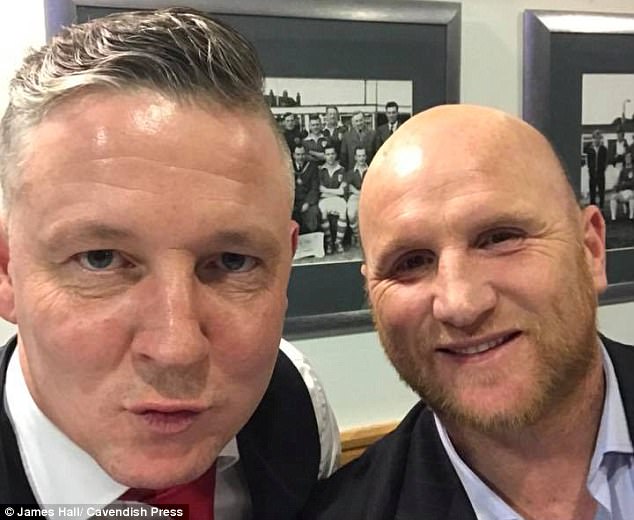 When a woman police officer investigated the abuse, Mrs Hall told her: ‘I’m glad you’re a female officer, he likes females, he will like you.’

At a later meeting, Mrs Hall stabbed her estranged husband in the elbow with a pair of scissors and also jabbed him in the leg with a felt tip pen as she lashed out at him whilst wrapping a birthday present.

The pair met when she was 15, married in 1993 and lived in the rural village of Rainow, near Macclesfield, with their children.

But in 2011 Mr Hall – who ran a freight company – was jailed for three years after he got caught up in a £3.4m cigarette smuggling racket.

The court heard Mrs Hall stood by her husband despite the scandal and they went on to have their second and third child after his release from jail in 2012.

However the couple split up in April last year with Mr Hall claiming their marriage ‘wasn’t working’ and he moved into a rented property near Prestbury, Cheshire. 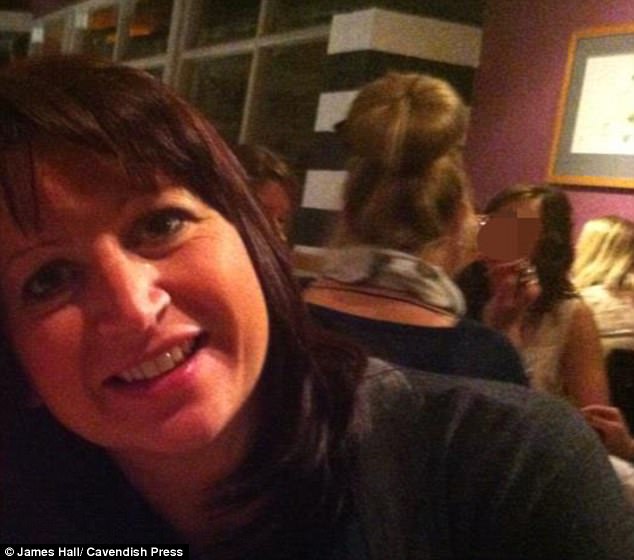 ‘She was banging on the front door of the property whilst he was inside with their eldest. She was shouting through the letter box and pushing food through.

‘She then called him multiple times and banged on the glass of the door using her mobile phone. Due to reckless abandonment Mrs Hall broke the glass, causing the pane to fall out and smash. As she was leaving the property she walked past Mr Hall’s Mercedes car and kicked it twice.

‘The second instance was at 2.50am when he received a phone call from her and she was abusive and threatening. He then went on to receive 139 calls from her and she texted him many times… he refused to reply to these messages and the police were then informed of her behaviour.’ 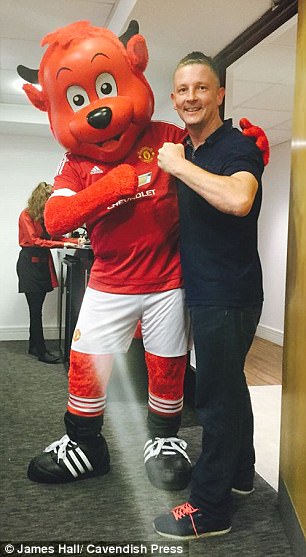 Describing the later attack, Miss Gaskell added: ‘She started wrapping a birthday present outside then grabbed hold of a felt tip pen and stabbed him with it, causing reddening to his leg.

‘He began walking back towards the property when she came towards him with a pair of scissors, he managed to put his arms up in time, and she struck his elbow.

‘She then returned to wrapping the present. After finishing the wrapping she then proceeding to scratch his car with the scissors causing two long scratches on the door.

In mitigation, Mrs Hall’s lawyer Anthony Derbyshire said: ‘This is the first time she has been before a court and she is fragile and very nervous.

‘She had been in a relationship with the complainant since she was 15 and he was 18. They had 24 years together and were married for 16 years. She stood by him when he was imprisoned a few years ago and received three years custody.

Mr Derbyshire added: ‘She accepts she acted in the wrong way and she understands her behaviour was completely unjustified. She just wanted to be the strength of the family and admits she may have had a breakdown.’

Mrs Hall was sentenced to a 12 month community order, ordered to complete 40 hours unpaid work and pay £170 costs. No restraining order was made as the couple plan to remain amicable.