The wife of blackface Gov. Ralph Northam has been accused of handing cotton to black eighth-grade students during a tour of their mansion and then asking them to ‘imagine being enslaved’.

Virginia first lady Pam Northam is said to have upset one of the youngsters while hosting around 100 young people who had served as pages during the state Senate session on February 21.

In a letter to Mrs Northam from the unidentified eighth-grader she said the first lady’s ‘comments and just the way you carried yourself … was beyond inappropriate, especially considering recent events with the governor.

‘From the time we walked into the mansion I did not receive a welcoming vibe.’

The girl’s mother, Leah Dozier Walker, is the director of equity and engagement at the Virginia Department of Education,  The Philadelphia Inquirer reports.

In a letter to lawmakers and the governor’s office she wrote: ‘The actions of Mrs. Northam, just last week, do not lead me to believe that this Governor’s office has taken seriously the harm and hurt they have caused African Americans in Virginia or that they are deserving of our forgiveness.’

She added: ‘Mrs. Northam then asked these three pages (the only African American pages in the program) if they could imagine what it must have been like to pick cotton all day.

‘I can not for the life of me understand why the First Lady would single out the African American pages for this — or — why she would ask them such an insensitive question.’

Virginia Governor Ralph Northam, flanked by his wife Pam, speaks with reporters at a press conference at the Governor’s mansion on February 2, 2019 in Richmond, Virginia. Northam denied allegations that he is pictured in a yearbook photo wearing racist attire 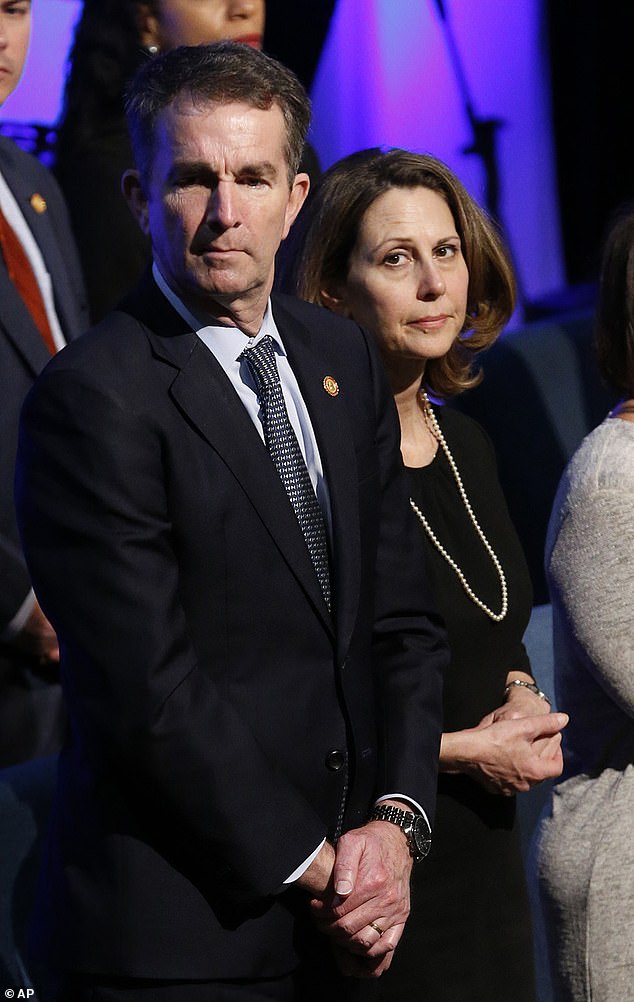 Mrs Northam’s spokeswoman denied the claims she singled any children out and Virginia’s first lady, pictured with her husband, said separately: ‘I regret that I have upset anyone’

But Northam’s spokeswoman Ofirah Yheskel denied the claims, adding: ‘She did not single anyone out, she invited all of the pages to touch agricultural products (such as dried tobacco, produce, cotton) and artifacts displayed in the Historic Kitchen as part of an educational tour.’

In a separate statement Pam Northam said: ‘The Historic Kitchen should be a feature of Executive Mansion tours, and I believe it does a disservice to Virginians to omit the stories of the enslaved people who lived and worked there – that’s why I have been engaged in an effort to thoughtfully and honestly share this important story since I arrived in Richmond.

‘I have provided the same educational tour to Executive Mansion visitors over the last few months and used a variety of artifacts and agricultural crops with the intention of illustrating a painful period of Virginia history. I regret that I have upset anyone.’ 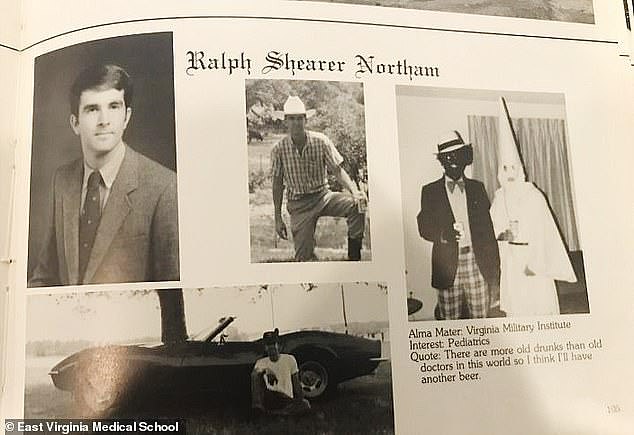 Northam apologized, initially saying he appeared in a photo showing one man in blackface and another wearing a Ku Klux Klan hood and robe. He later said he was not in the image

The Virginia governor’s residence was built with slave labor in 1813, according to The Washington Post.

Her embattled husband Ralph Northam was last week he forced to cancel an appearance at historically black Virginia Union University. Northam was supposed to take part in a public tribute to the Richmond 34 Thursday on the campus.

But he canceled his appearance after students asked him not to come, saying his presence could overshadow the event.

Northam has indicated he wants to make criminal justice reform a key part of his efforts to win back support of the black community during his remaining three years in office. Other areas of focus include helping minority-owned businesses and improving health outcomes of minority patients. 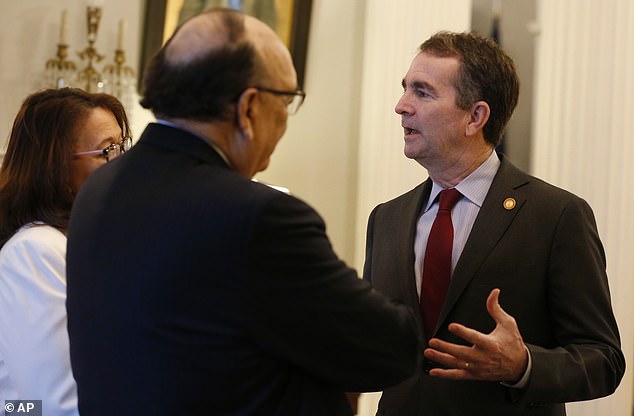 Virginia Gov. Ralph Northam has pledged to civil rights leaders Friday to ‘do everything that I can do bring good from what happened’ after a scandal over a racist yearbook photo and an admission of wearing blackface imperiled his governorship earlier this month 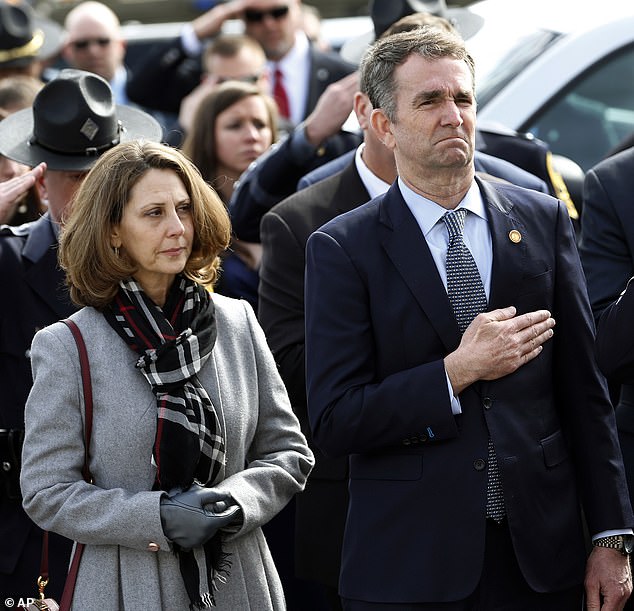 Northam has largely stayed out of sight since then, with his only other public event being the funeral of fallen state trooper Lucas B. Dowell

Leaders throughout Virginia’s political structure have called on Gov. Ralph Northam to resign after a racist photo on his 1984 medical school yearbook page surfaced at the beginning of the month.

Northam apologized, initially saying he appeared in a photo showing one man in blackface and another wearing a Ku Klux Klan hood and robe. Northam did not say which costume he wore. The next day he said he no longer believed he was in the photo but acknowledged wearing blackface the same year to look like Michael Jackson in a dance contest.

The political pressure for his ouster lessened considerably as scandals have enveloped his would-be successors. Lt. Gov. Justin Fairfax, has denied allegations from two women that he sexually assaulted them, and Attorney General Mark Herring said he wore blackface in college, making the public admission just a few days after calling for Northam to resign.

Northam has largely stayed out of sight since then, with his only other public event being the funeral of a state trooper.