A Chechen man who allegedly plotted to kill Vladimir Putin has been injured in a shooting, while his wife was killed in the melee, Ukrainian interior ministry officials said.

Adam Osmayev and his wife Amina Okuyeva were in a car which was ambushed from bushes near a railway track in the outskirts of Kiev, interior ministry advisors Anton Gerashchenko and Zoryan Shkiryak said on Facebook.

It comes after a vehicle bombing in Kiev last Thursday, which saw two people kille and three injured, including Ihor Mosiychuk, a member of the populist opposition Radical Party.

Okuyeva had links to Mosiychuk, having once worked for him in an advisory role. 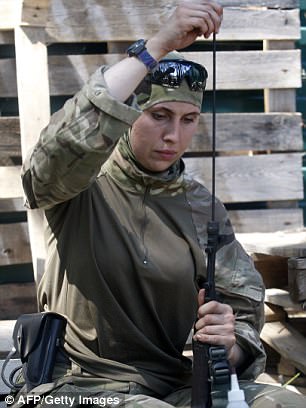 ‘As a result of the injuries she sustained, Amina died. Adam Osmayev was wounded, but will live. I just spoke to him on the telephone,’ Gerashchenko said.

The incident is the second attempt this year on the life of Osmayev, from Russia’s mainly Muslim Chechnya region. In June, he survived an attack by a gunman, who was in turn shot and wounded by Okuyeva.

Gerashchenko and Shkiryak did not suggest a motive for the latest incident.

Osmayev had already survived an attempt on his life on June 1. On that occasion, the man who posed as a French journalist was shot by Okuyeva.

Following the spate of bombings, Mosiychuk has blamed Russia for last week’s bombing, while Ukrainian police have said Russian involvement is one of the possible motives being investigated.

Russia has dismissed the accusations as a product of anti-Russian sentiment in Ukraine. 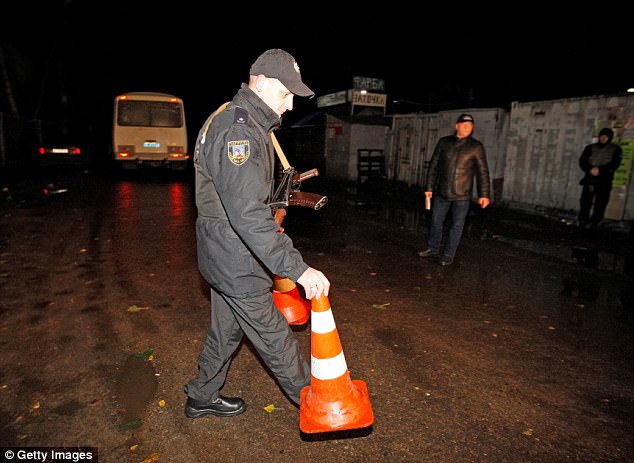 Relations between Kiev and Moscow collapsed in 2014 after Russia seized Ukraine’s Crimea peninsula and backed a pro-Russian separatist insurgency in eastern Ukrainian regions.

Russian authorities accuse Osmayev of being part of a 2012 plot by Islamist rebels to kill Putin with a bomb in central Moscow.

Osmayev and Okuyeva are well-known figures in Ukraine, having served as volunteers for the Ukrainian military in the fight against pro-Russian rebels.

Moscow has fought two wars with separatists in Chechnya since the 1991 collapse of the Soviet Union. The region is now broadly under the control of Moscow, but Chechens are known to have fought both for the pro-Russian rebels and for the Ukrainian army in the conflict in eastern Ukraine.

Since fighting broke out in the east in 2014, the number of incidents involving explosives outside the conflict zone has increased.