NASA astronaut Megan McArthur, whose husband Bob Behnken was one of two crew members aboard SpaceX’s historic Crew Dragon mission in May, will pilot the commercial craft’s second launch in the spring of 2021.

McArthur and Behnken met as members of the Astronaut Class of 2000, and have a six-year-old son, Theodore.

NASA on Tuesday announced the four-member crew for the second operational SpaceX Crew Dragon flight to the International Space Station, which will be commanded by NASA astronaut Shane Kimbrough. 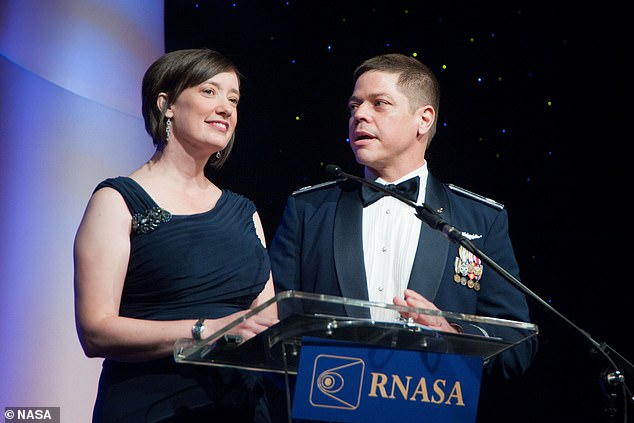 McArthur and Bob Behnken (together above) met as members of the Astronaut Class of 2000, and have a six-year-old son, Theodore 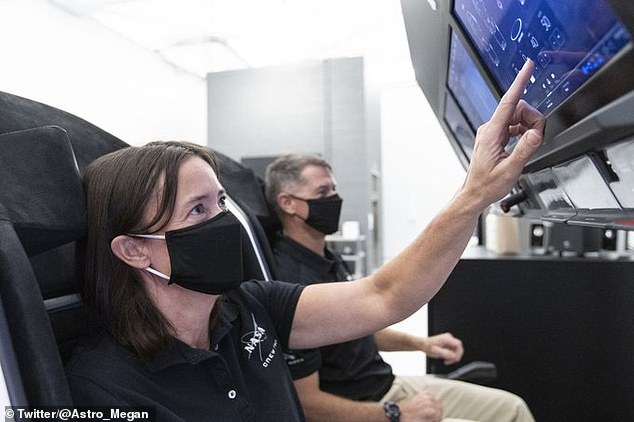 McArthur is seen training for the spring mission with NASA astronaut Shane Kimbrough. She will pilot and Kimbrogh will command the mission 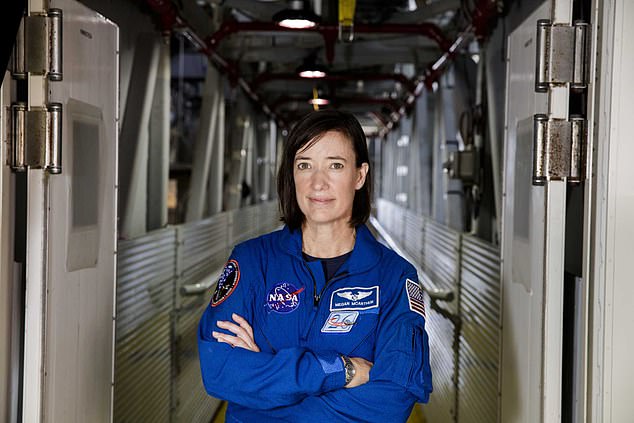 McArthur will be making her second trip to space, but her first to the station. She flew on NASA´s final mission to the Hubble Space Telescope.

Her husband Behnken remained aboard the ISS as NASA announced McArthur’s selection for the second mission, and is due to return to Earth this weekend.

‘So excited to get to fly with these guys!’ McArthur said in a tweet as the crew list for the second mission was announced.

According to NASA, McArthur was born in Honolulu but considers California to be her home state.

After being selected as an astronaut in 2000, she launched on space shuttle Atlantis as a mission specialist on STS-125, the final Hubble Space Telescope servicing mission, in 2009. 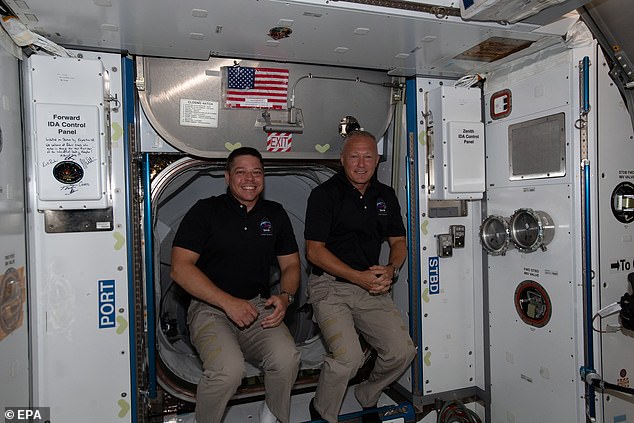 NASA astronauts Bob Behnken (L) and Doug Hurley (R) on seen on the ISS shortly after arriving aboard the SpaceX Crew Dragon spacecraft on May 31. They will return to Earth this weekend 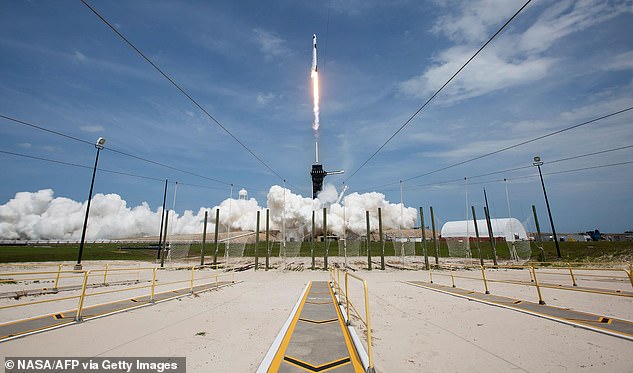 McArthur operated the shuttle’s robotic arm over the course of the nearly 13-day mission, capturing the telescope and moving crew members during the five spacewalks needed to repair and upgrade it.

NASA and SpaceX are targeting 7.34pm EDT on Saturday, August 1, for undocking of the Dragon ‘Endeavour’ spacecraft from the ISS for Behnken and Doug Hurley to return to Earth.

Splashdown is targeted for 2.42pm on Sunday. It will be the first return of a commercially built and operated American spacecraft carrying astronauts from the space station.

‘The station is a critical testbed for NASA to understand and overcome the challenges of long-duration spaceflight,’ NASA said in a statement.

‘As commercial companies focus on providing human transportation services to and from low-Earth orbit, NASA is free to focus on building spacecraft and rockets for deep space missions to the Moon and Mars.’