Wigan secured another famous FA Cup victory over Manchester City after Will Grigg netted a late winner in their dramatic fifth-round tie on Monday.

England international Fabian Delph was shown a red card shortly before the break after a nasty challenge on Max Power. The decision prompted angry clashes between the two teams and two benches and spilled into the tunnel at the break.

Kyle Walker came on to reinforce the City defence but it was his blunder that afforded Grigg the chance to secure victory. The England defender let the ball go, allowing Grigg to run through on goal and fire past Claudio Bravo. 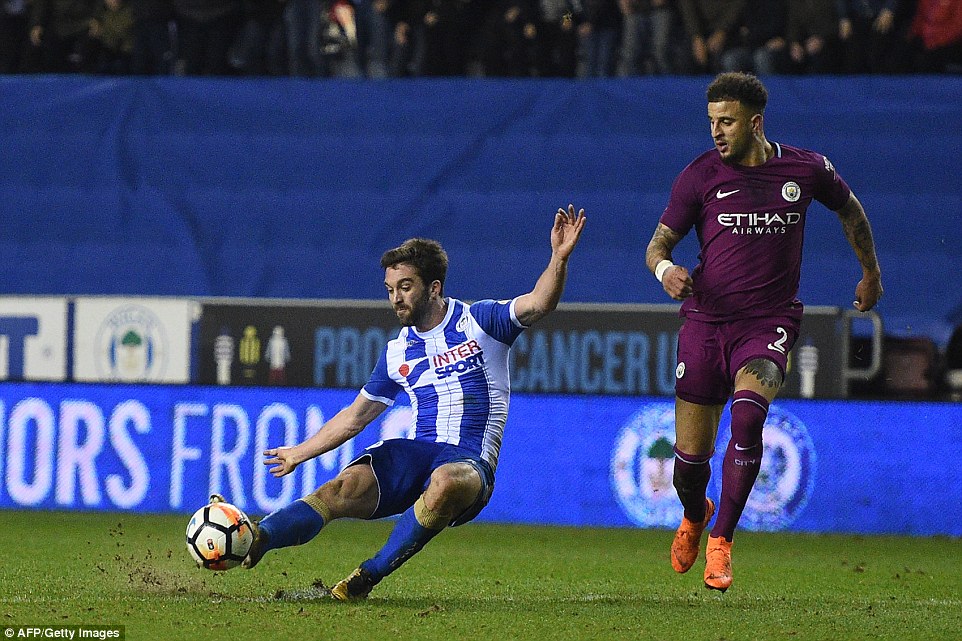 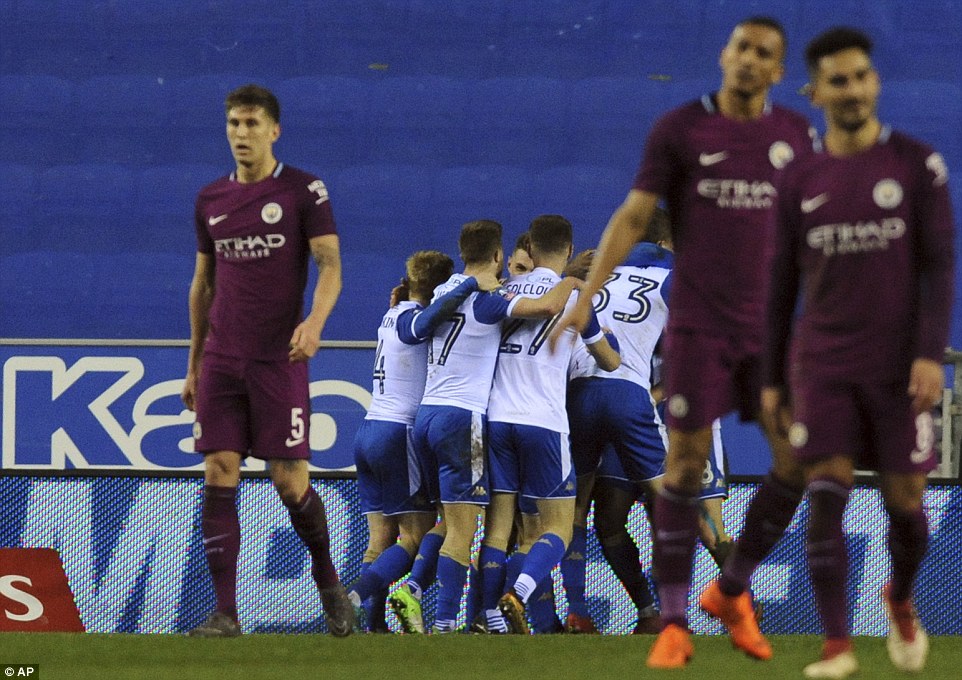 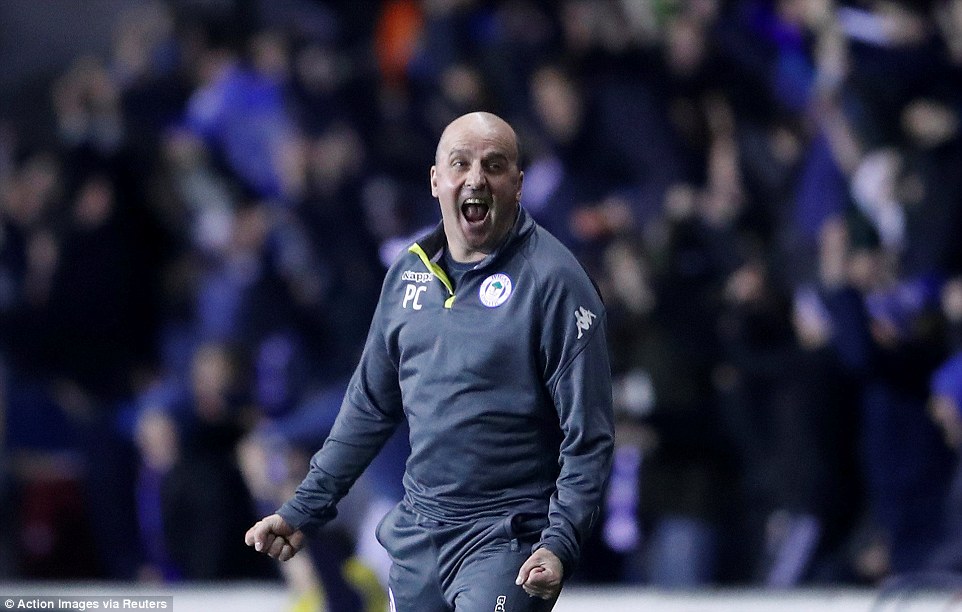 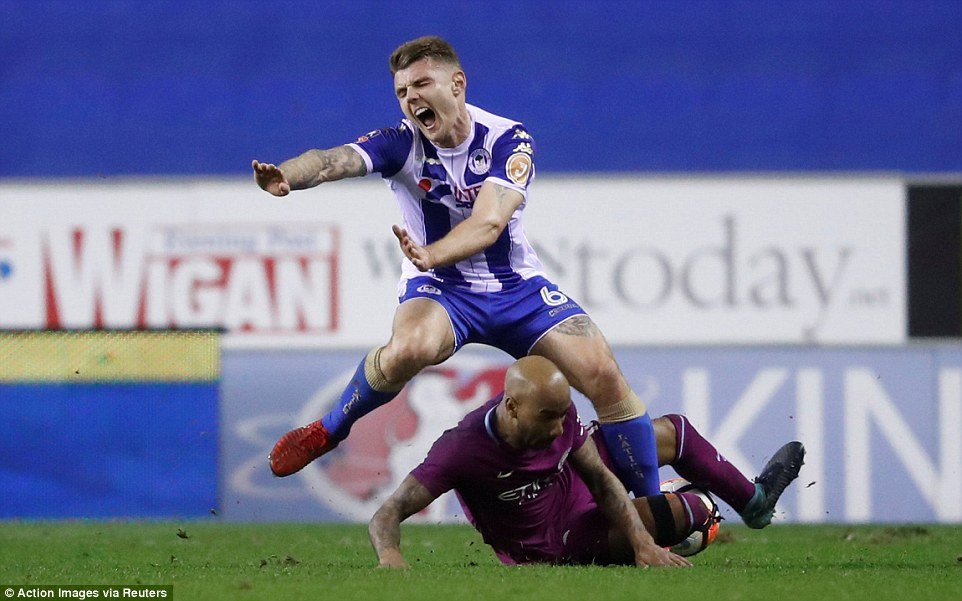 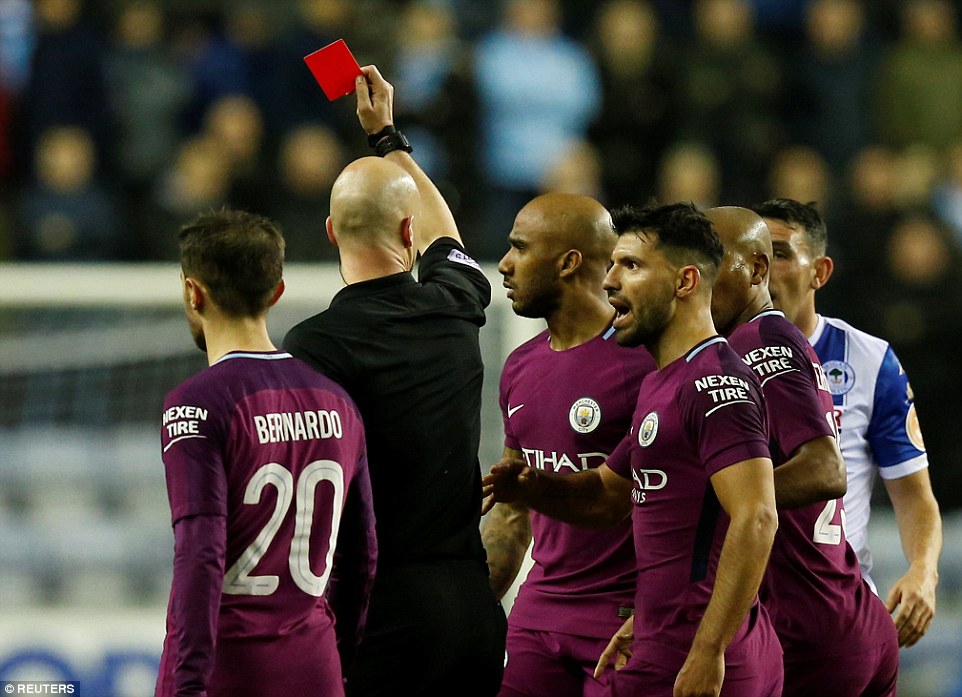 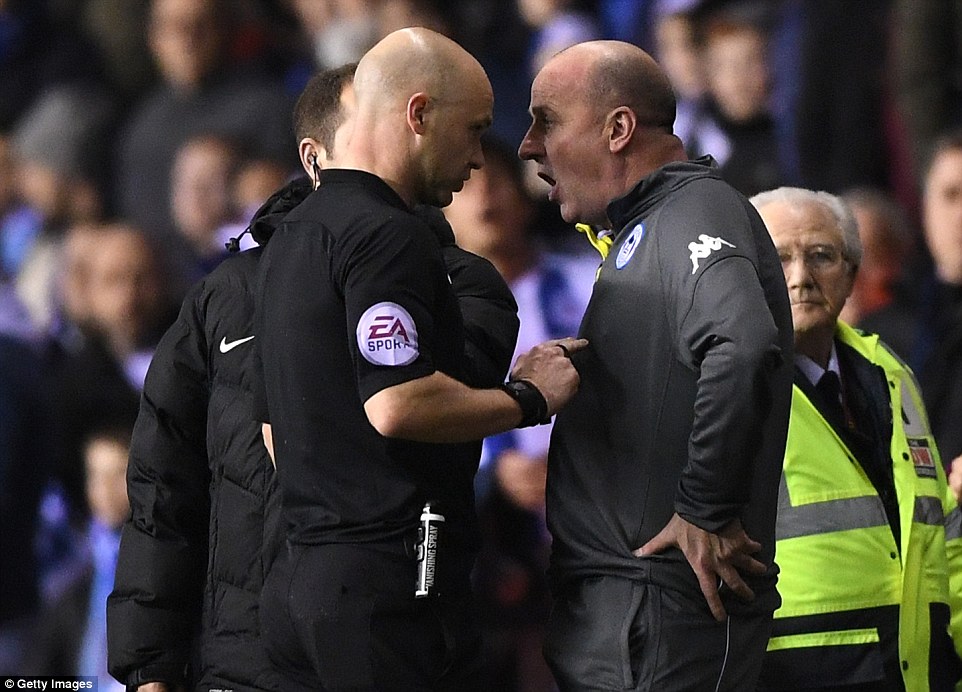 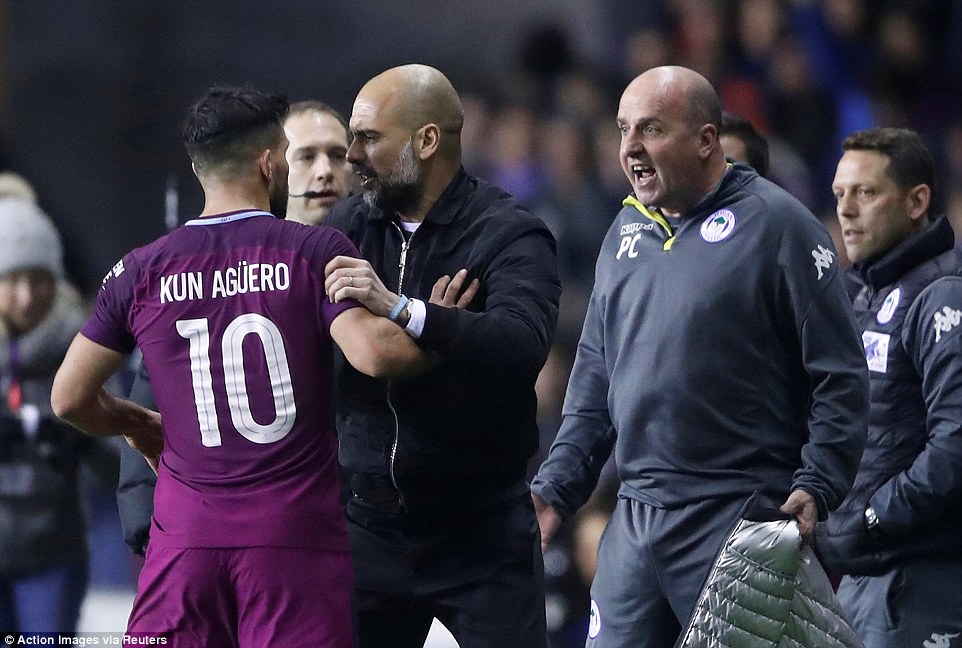 Cook’s opposite number, Pep Guardiola, was forced to come between the Wigan boss and an incandescent Sergio Aguero 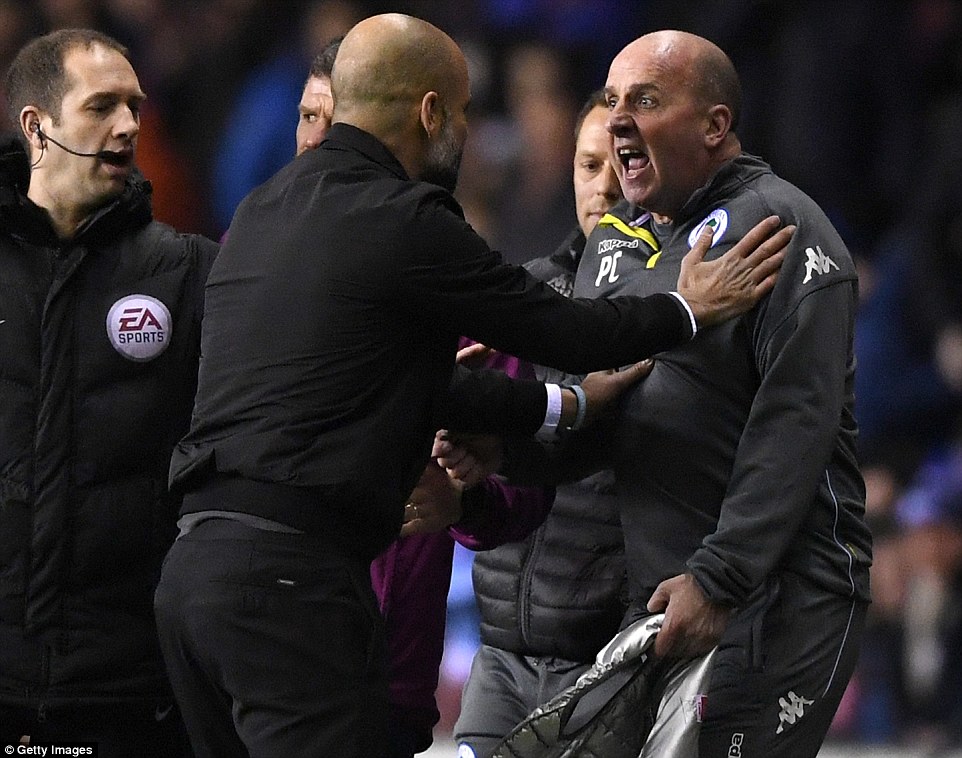 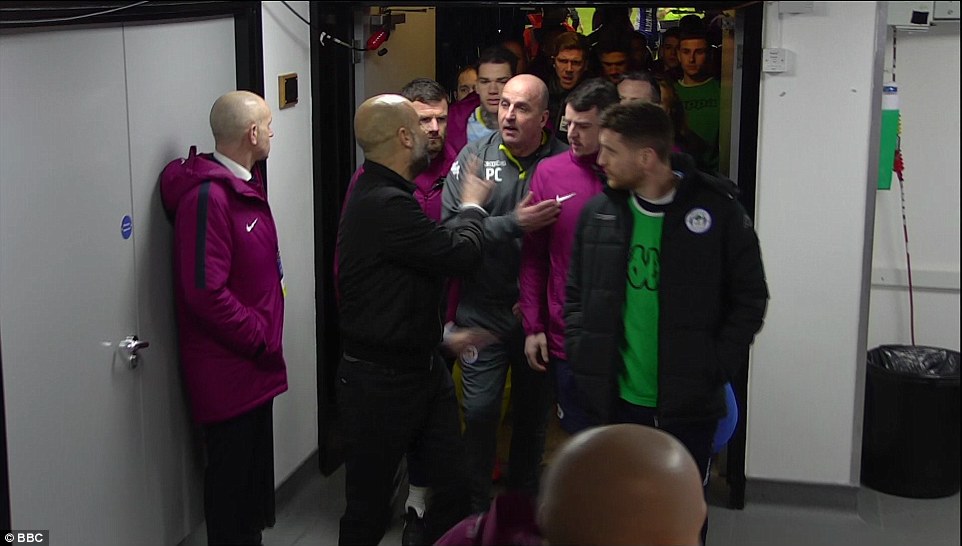 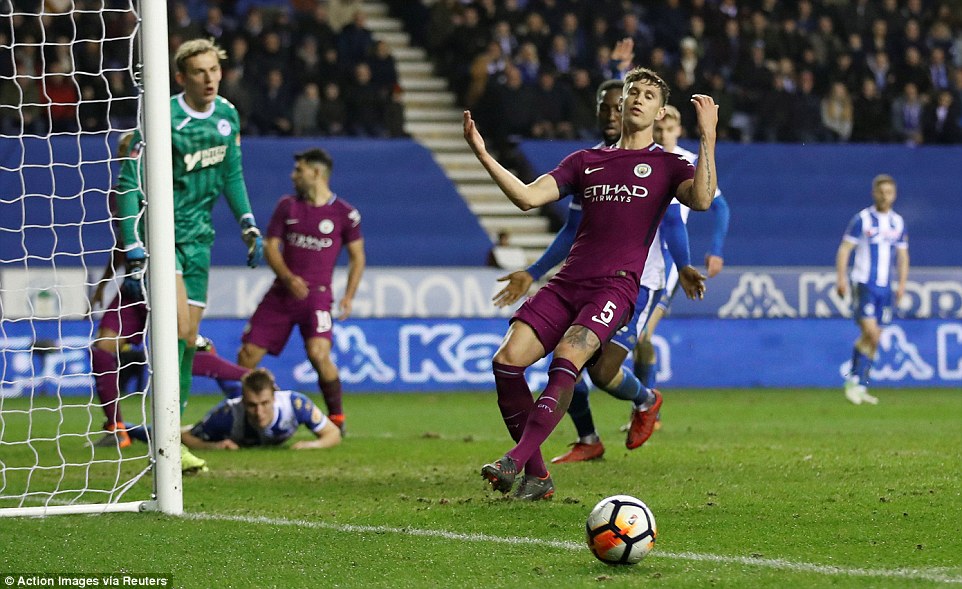 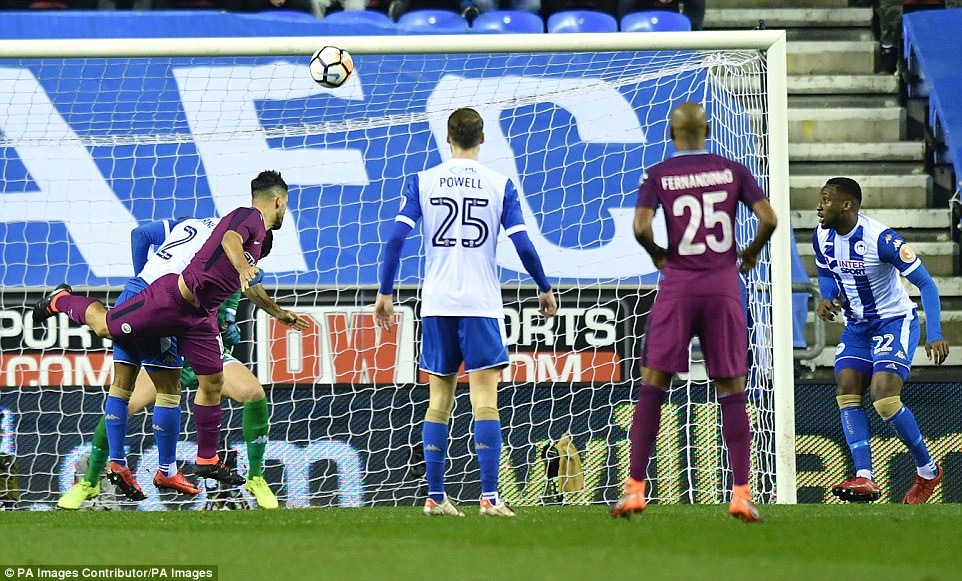 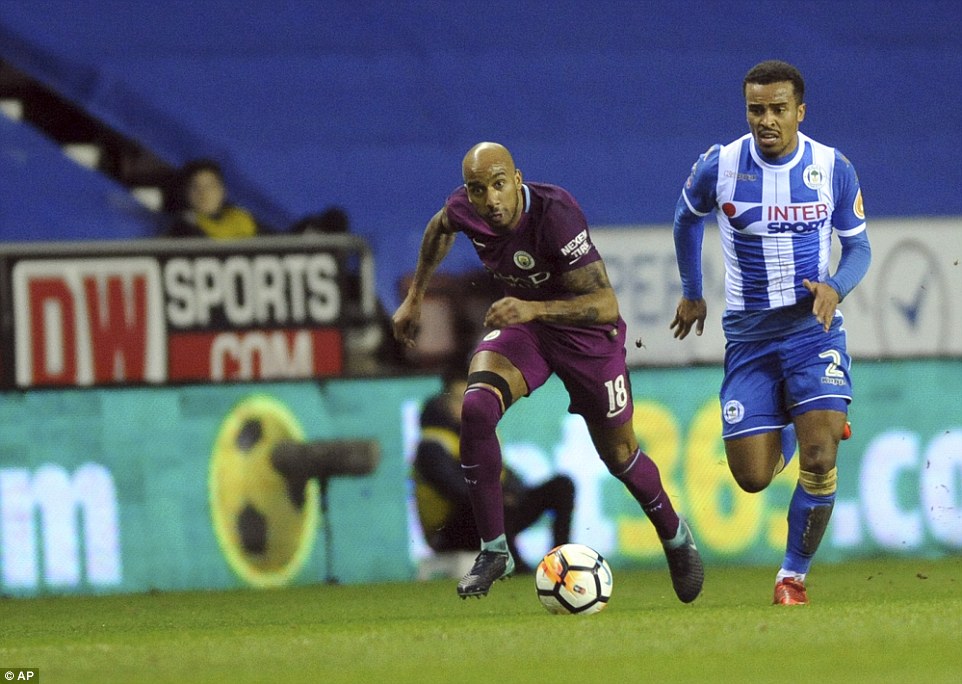 City and England star Delph, whose red card prompted arguments between the teams, dribbles with the ball in the first half 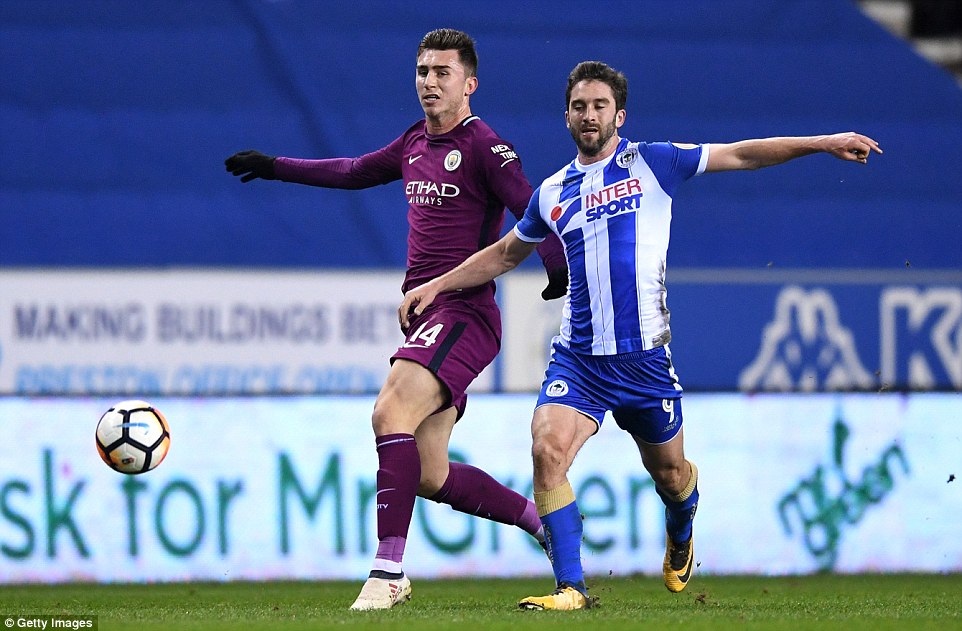 Will Grigg battles for possession with Aymeric Laporte, the defender who joined Manchester City in January for £57million 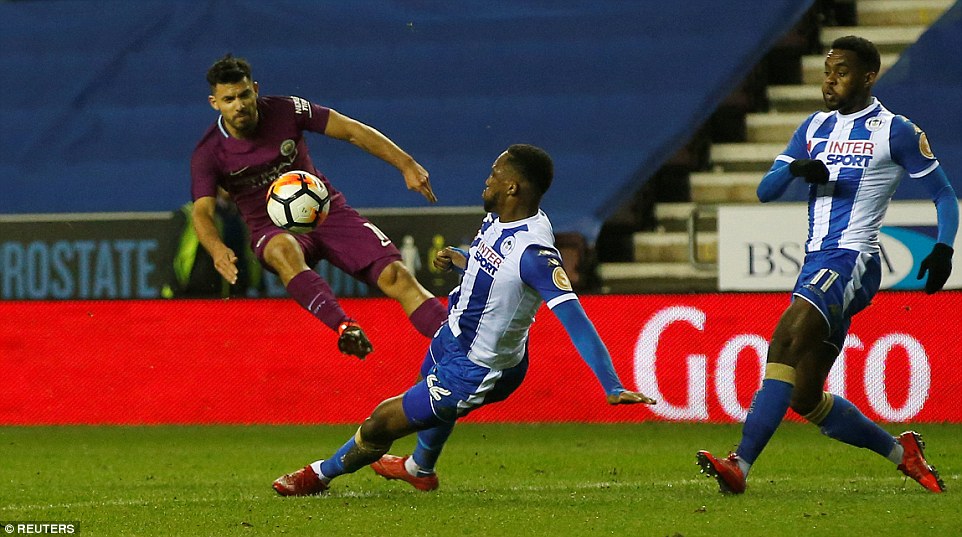 Aguero, who led the line for the away side in Monday’s clash, fires a shot at goal as Chey Dunkley attempts a block 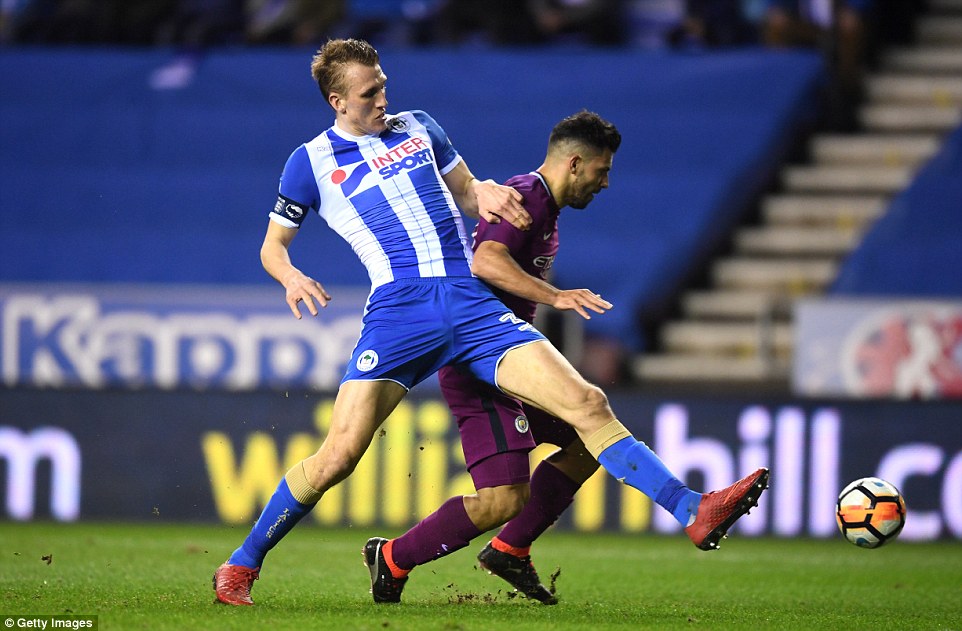 The Argentine forward tries to hold on to the ball under pressure from Wigan captain, 25-year-old defender Dan Burn 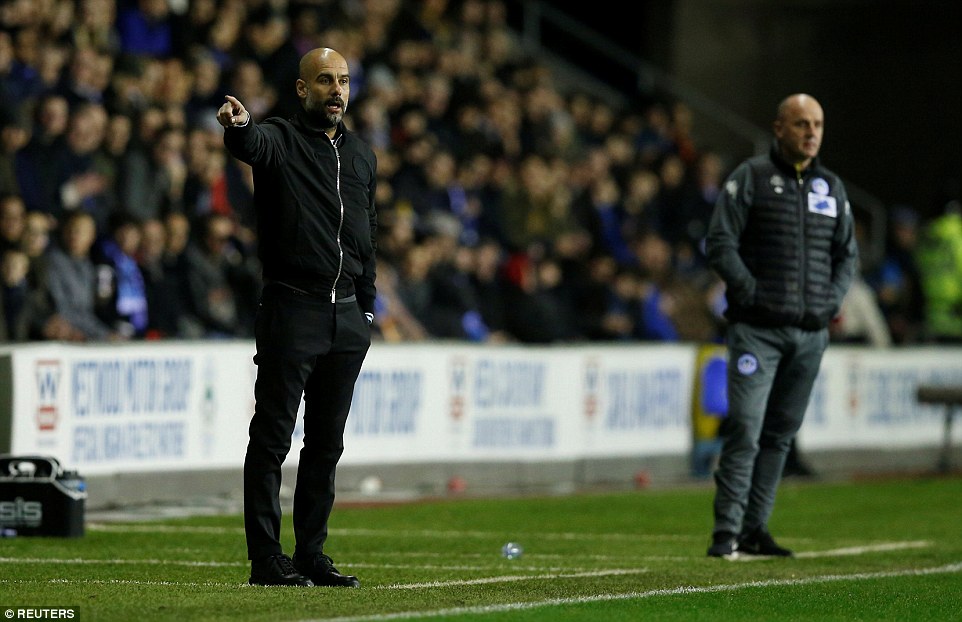 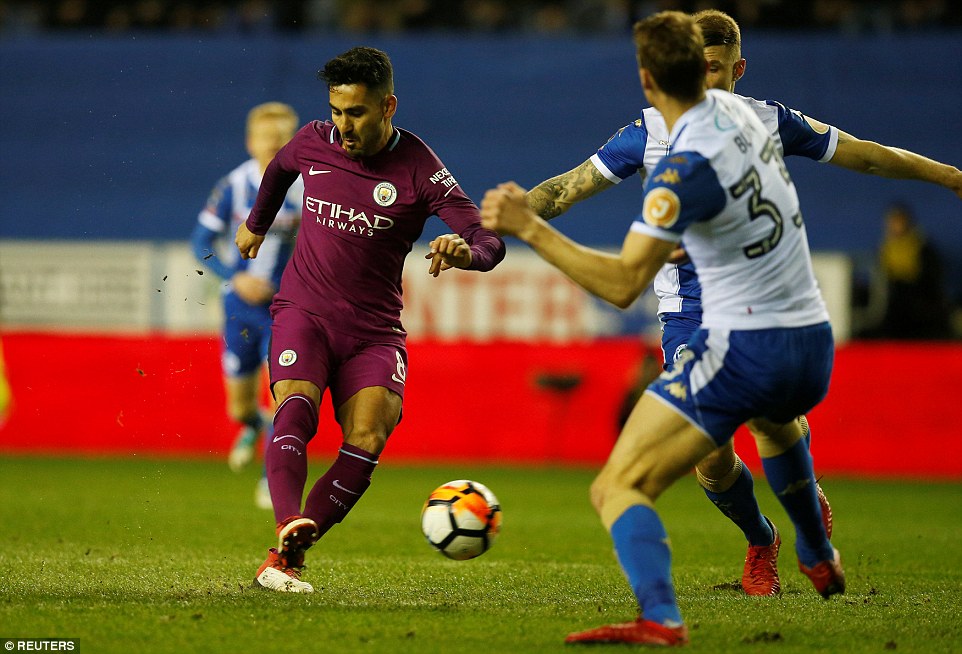 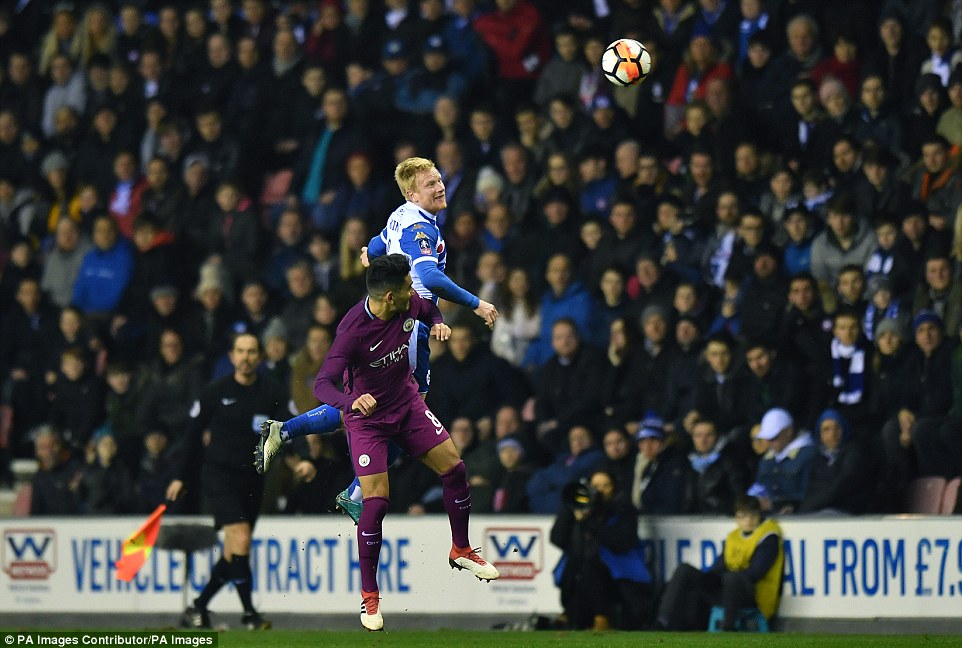 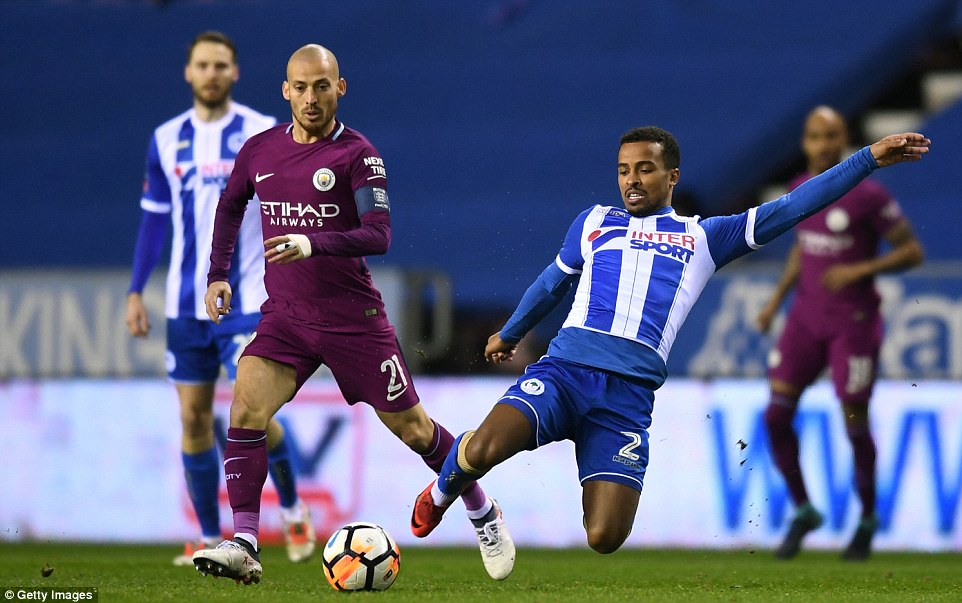 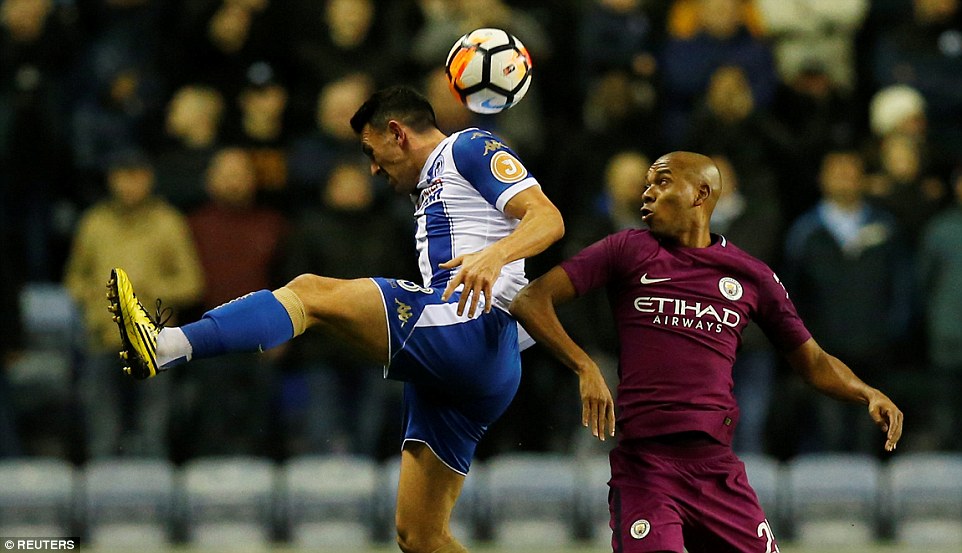 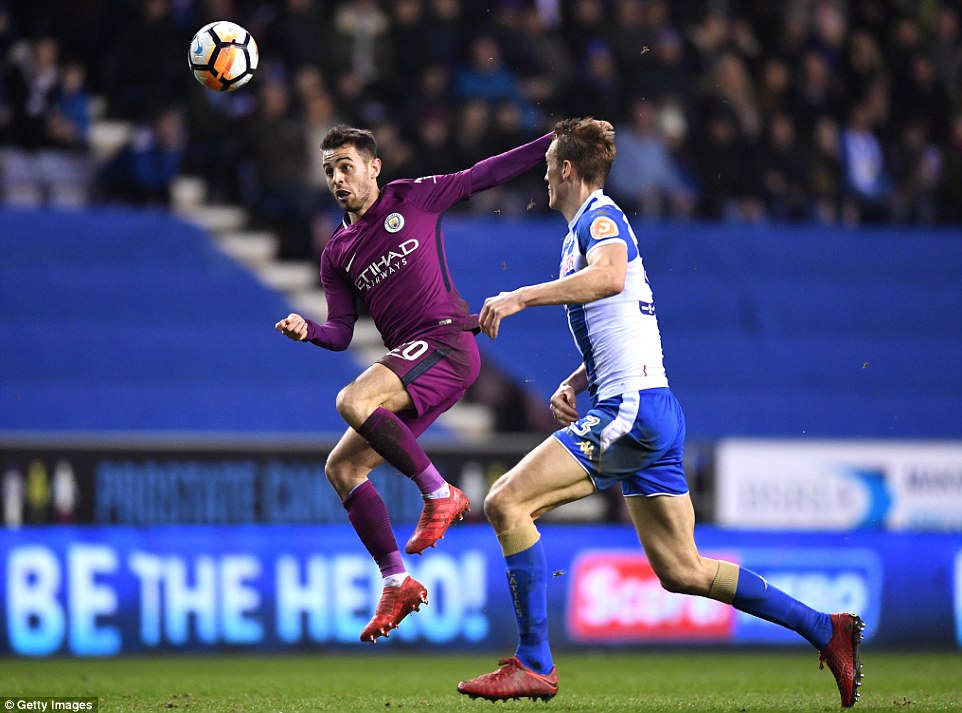 Bernardo Silva, who moved to the Etihad from Monaco in the summer, looks to bring the ball down under pressure from Burn 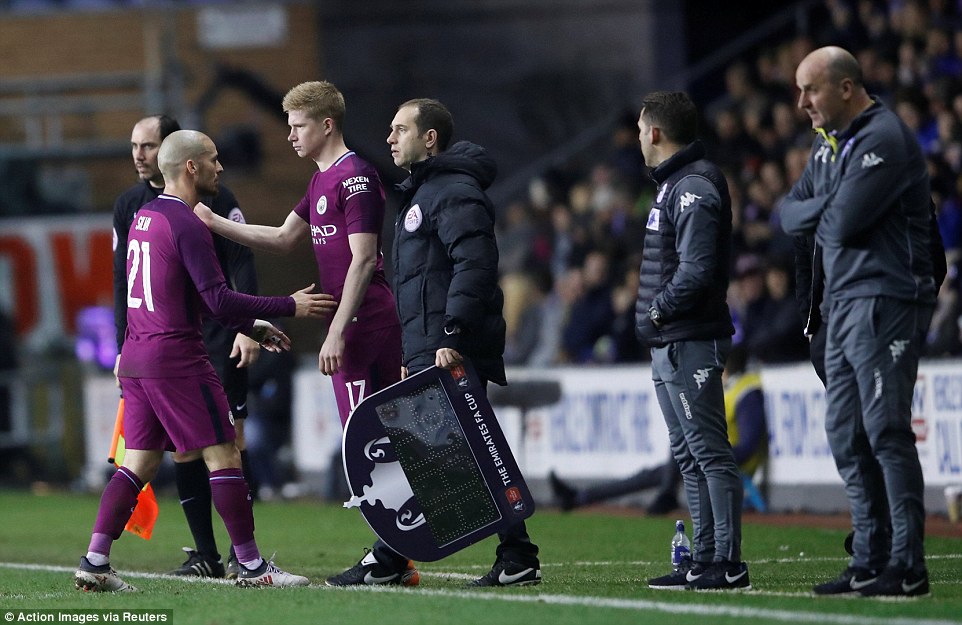 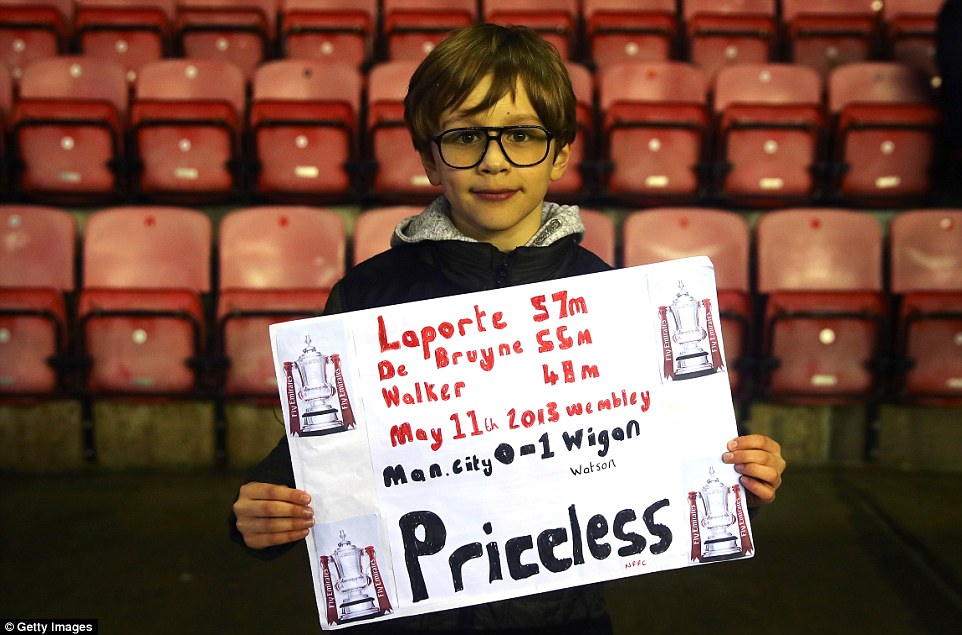 A young Wigan supporter holds up a sign, taunting Manchester City with a reminder of the Latics’ 2013 FA Cup final victory 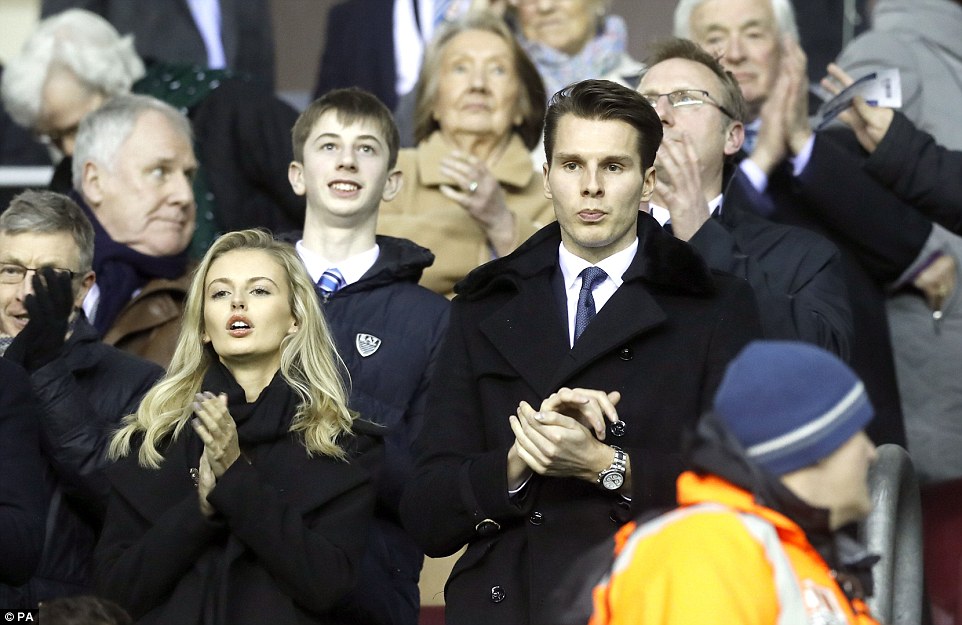 Latics’ chairman David Sharpe, 26, claps along with the rest of the crowd ahead of kick-off at the DW Stadium on Monday

The decision to dismiss the City player was not wrong but appeared to be influenced by a huge posse of Wigan players who surrounded the Manchester-based referee.

Appearances can be deceptive and it is far more likely that one of Taylor’s team of match officials was the one who communicated that the foul challenge warranted a red rather than the yellow he initially took out.

Whatever the reason for his change of heart it was poor practice. As for the decision itself, given the pace Delph went into the challenge and the fact that he had his studs raised well off the ground, I felt the red card was correct.

Pep Guardiola has been asking for players to be protected – meaning dismissals for these dangerous tackles – but he probably didn’t want the first to be for one of his players.