A passer-by smashed through a window with a hammer to rescue a teenage girl whose mother had just been stabbed to death by her cage fighter ex-boyfriend, a court has heard.

Moments before, Andrew Wadsworth, 37, had knifed beautician Melissa Belshaw, 32, in the front bedroom of her home in Billinge, Wigan, on the afternoon of May 20.

Wadsworth, who had been released on licence from prison, also allegedly threatened to kill Ms Belshaw’s 13-year-old daughter with a knife to her throat.

Texts from earlier in the year had showed him accuse her of being an escort and having sexual encounters with people he knew, including members of her family.

Van driver Kevin Moores, 40, had just left a nearby shop when he heard the voice of a distressed girl from the bedroom of a terrace house.

Melissa Belshaw, a 32-year-old mother and beautician, was stabbed to death at her home

The girl told him the house was locked so he told her to step back as he would break into the property in Upholland Road, jurors were told.

The teenager had earlier bravely raised the alarm by calling police from inside the property before her phone battery ran out.

Still armed and dangerous, the defendant later came out of the terrace house in Billinge, Wigan, and pinned a neighbour to the floor and repeatedly stabbed him, Manchester Crown Court was told.

Mr Moores went on to tell police: ‘I put the window through at the side of the door and reached in and picked her up.

‘She was barefooted, she was crying, she was saying “she’s not breathing”. Obviously she just wanted to be with her mum, didn’t she.

‘I managed to get the girl to safety. I was going to go in the house but the girl said, “Don’t. He will stab you. He has got two knives”.’

The man in the house then appeared at the bedroom window and ‘looked a funny colour, like pea green, like he had jaundice’, said Mr Moores.

‘He looked right up against the glass. His face pressed up against it. He looked deranged. He looked insane as if nothing mattered to him.’

Mr Moores said he was joined outside by a neighbour who had come to assist before Wadsworth climbed out of the smashed window ‘covered in blood’.

He said Wadsworth picked up a can of Coke left on a wall and ‘guzzled from it’.

Andrew Wadsworth, 36, from Wigan is charged with murdering his wife and is on trial

Mr Moores said: ‘He put the can down on the wall and then I knew something was going to happen.’

He said he and the neighbour, Gerard Bristow, were stood back at a distance but then Wadsworth suddenly lunged at Mr Bristow and swung a 10in bladed knife at him.

He said: ‘They were on the floor. He was trying to punch him with the blade, stab him.’

Mr Moores said he ran at Wadsworth and kicked him as hard as he could on the floor and Mr Bristow managed to break free.

In his police interview, Mr Bristow, 46, said that before he was stabbed, he asked Wadsworth a number of times if the woman in the house was OK and he replied ‘she is fine’.

He said: ‘He then started to say “I want to know where the Scouser is who lives next door”.

‘His body language told me he might have had a drink, maybe taken something. I was thinking to myself I’m not too threatened with this guy.

‘But within a heartbeat he just ran towards me. It seemed he pulled a knife from his bottom left-hand side with his right hand, a fairly lengthy knife I would say.’

Mr Bristow said he started back-pedalling in his flip-flops and ended up on the floor with Wadsworth attacking him.

He said: ‘I vividly remember grabbing hold of his hand and not letting go, the hand with the knife in, and I think he then swapped his hand and he went at me with that.

Mr Bristow was later treated for stab wounds to the chest and collarbone area, as well as a collapsed lung.

Forensic officers at the home of Ms Belshaw, where she was found murdered by police

Wadsworth was arrested at the scene when police arrived and deployed a Taser.

The former professional mixed martial arts fighter later accepted he killed Ms Belshaw but claimed he lost his temper and stabbed her within a minute of what he said were ‘shock’ disclosures from her about her sex life, and a set-up arranged by her in which he was robbed and injured.

Attempts were made by emergency services to revive Ms Belshaw, but she was pronounced dead at the scene in Upholland Road on the afternoon of May 20.

A post-mortem examination revealed she sustained a series of ‘devastating’ stab wounds delivered with severe force and had bruising around her upper body consistent with being manhandled, the court heard.

Mr Storrie said Wadsworth and Ms Belshaw had rowed the night before at her home after taking cocaine and drinking alcohol.

Their relationship could be described as ‘volatile and dependent on a mutual or common interest in drink, drugs and sex’, jurors were told.

The prosecutor said: ‘After his arrest Andrew Wadsworth described Melissa Belshaw to the police as ‘just someone I have always known’ but ‘not a friend’.

‘These observations did not tell the whole story as to how close the couple had been in times past. They had in fact been for a short time in an intimate relationship with each other. For a short period of time, they had lived with each other. 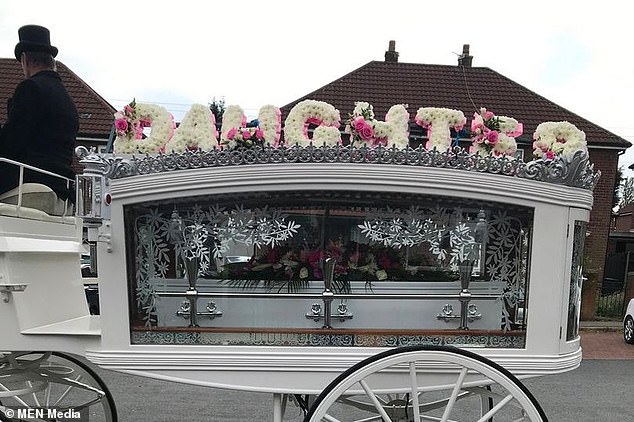 ‘It is plain from messages exchanged between the two that at times Melissa Belshaw regretted the relationship had ended but it is also plain the defendant had strong and mixed feelings about her.

‘In particular, you may think the defendant was magnetically attracted to Melissa Belshaw, her lifestyle, her use of cocaine, but at the same time he could not make her submit to his will.

‘The messages also establish he was suspicious of Melissa Belshaw. He believed she worked as an escort and for some time he believed she had been involved in sexual encounters with numbers of people, some of whom he knew, including members of her family.

‘And he did not believe her when she denied the suggestions he made to her.’

Mr Storrie said the defendant was relying on a partial defence of loss of control.

He told jurors: ‘In response it is important for you to know that the prosecution contends that, even if true, these claims do not amount to a sufficient basis for claiming he justifiably lost control of himself.’