The moment a wild brawl erupted between an unruly passenger on board a Jetstar flight and police officers has been captured on camera.

The 26-year-old man, who has not been identified, had been on a Sydney flight bound for Melbourne when he reportedly started acting abusively towards members of staff about 4pm on Saturday.

His alleged aggressive behaviour escalated before the plane had taken off and members of staff are understood to have asked the man to exit the aircraft.

He refused and Australian Federal Police officers were called.

When officers boarded the plane the man is alleged to have continued to act aggressively and became embroiled in a tussle with officers.

He is then alleged to have lashed out and head butted one policeman twice before attempting to bash other officers.

The officer who was allegedly head butted was knocked to the ground for about one minute before he was helped back up to his feet, Nine News reported.

Two AFP officers are believed to have been injured in the alleged altercation.

The unidentified man was then removed the plane and was charged with multiple offences, including assaulting and resisting police.

He will appear in Sydney Downing Centre Local Court on July 23. 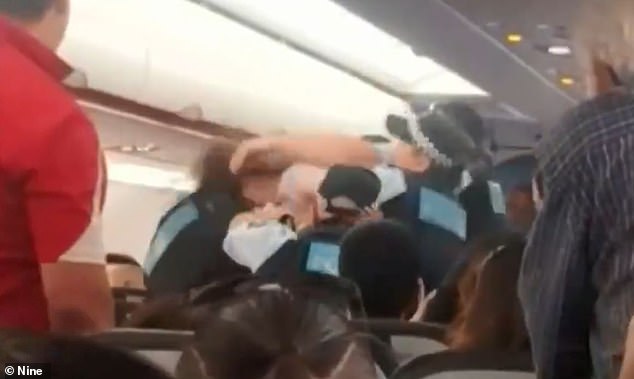 A spokesperson for AFP confirmed to Daily Mail Australia that officers responded to a request for assistance at Terminal 2 in Sydney airport on Saturday afternoon.

‘A  26-year-old male passenger on board a flight to Melbourne allegedly became disruptive. AFP officers attended and removed the passenger from the plane,’ the spokesperson said.

‘In the course of the man being removed from the flight, he allegedly assaulted two officers. Neither required medical treatment.

‘Inquiries are ongoing at this stage and no further comment can be made.’

A spokesperson for Jetstar said the airline will not tolerate this type of behaviour. 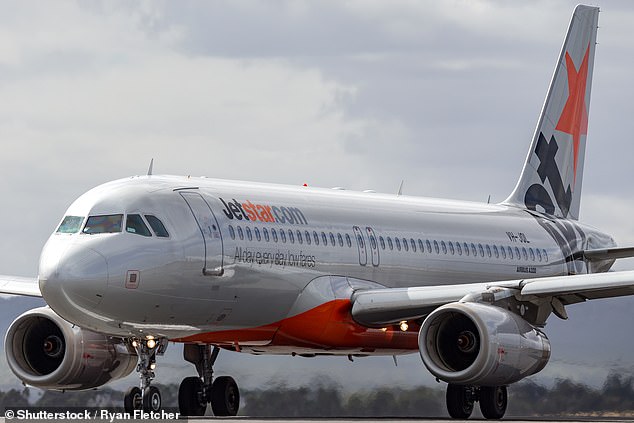 The unidentified man was then removed the plane and was charged with multiple offences, including assaulting a police officer (File picture)

‘A passenger boarding a Jetstar flight in Sydney became disruptive and abusive prior to take off,’ they told Daily Mail Australia.

‘Our crew attempted to calm the passenger however after the man’s behaviour continued the crew contacted the AFP and the passenger was escorted off the flight.

‘We take safety and security very seriously and this type of behaviour will not be tolerated on our aircraft.’