Someone has definitely had a little too much fun in the sun.

A wild video shared last week by ABC News showing eagle rays swimming close to a group of unsuspecting swimmers in Florida has gone viral but not for the adorable sea creatures.

Viewers were left mystified by the appearance of a bright red man who clearly was suffering from a case of extreme sunburn.

‘KEEP SWIMMING: Huge stingrays are seen swimming past Florida beachgoers who appear completely unaware of their passing,’ ABC News said in their caption, not mentioning the swimmer.

And while the rays are the star and main focus of the video, the rosy beachgoer easily steals the show for those who noticed his brief appearance.

Folks took to the video’s comment to share their hilarious comparisons, with several paying homage to their favorite cartoon characters. 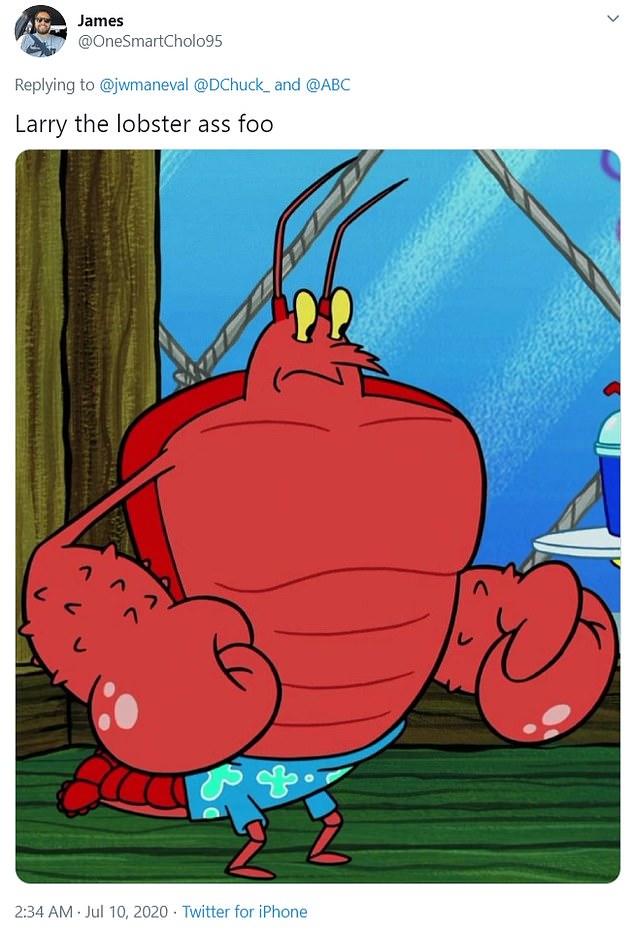 People quickly took to the post to share who they thought the rosy man resembled. Larry Lobster from the SpongeBob SquarePants cartoon series was one that people repeatedly said he looked like 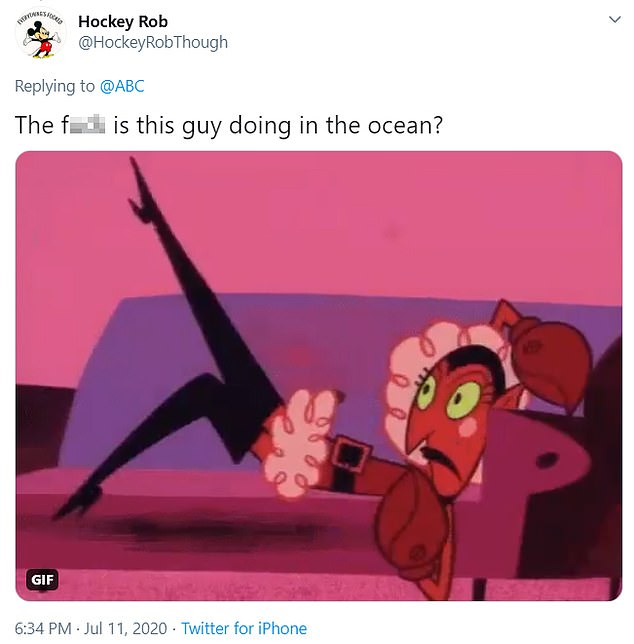 Oh Yeah! Of course there were those who felt that the man looked like the Kool-Aid man

Others felt that the red man was more reminiscent of the villain HIM from the Powderpuff Girls. 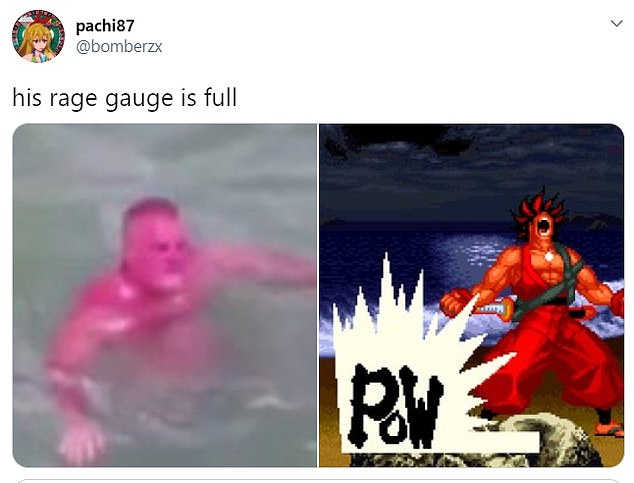 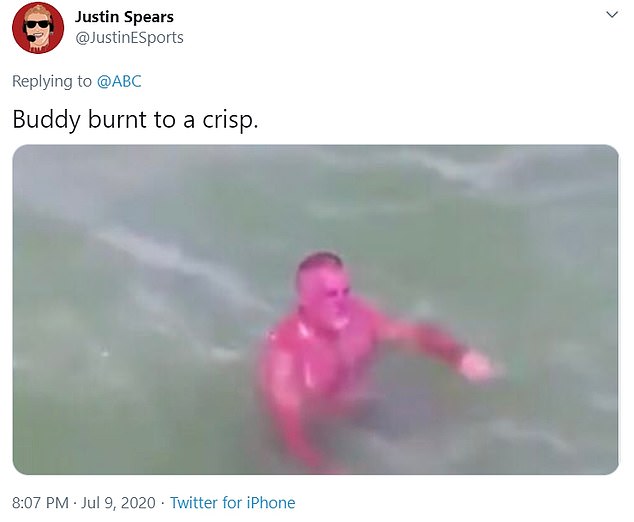 ‘Beginning to wonder if Washington will keep their name and instead decide to change their logo to this dude,’ said one woman, alluding to the controversial Washington Redskins drama.

There were many people who felt that the man resembled Marvel’s Red Skull or Dark Horse Comics’ Hellboy.

One user noted that the man looked to be ‘burnt to a crisp’ while others worried for the man’s safety and desired that he seek medical attention. 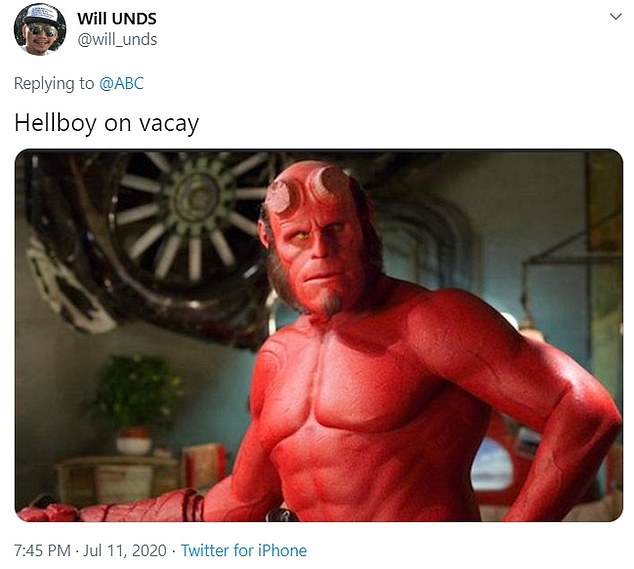