Even more wild weather is on the way with record rainfall, flash flooding and a tropical cyclone forecast in anticipation of the weekend.

As much as 100mm of rain could fall on parts of regional Victoria on Friday, a December record for some areas, while Sydney braces for mass thunderstorms.

Widespread thunderstorms and heavy rain have resulted in a flood warning being issued to coastal New South Wales, while far-north Queensland is expected to be impacted by Tropical Cyclone Owen on Friday or early Saturday.

Meanwhile, the entirety of Victoria has been issued with a severe weather warning, after more than two month’s worth of rain fell in less than 12 hours. 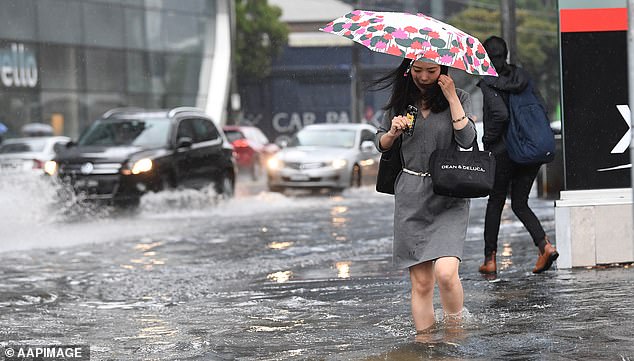 Sydney also got a brief downpour, with 40mm of rain falling in less than half an hour 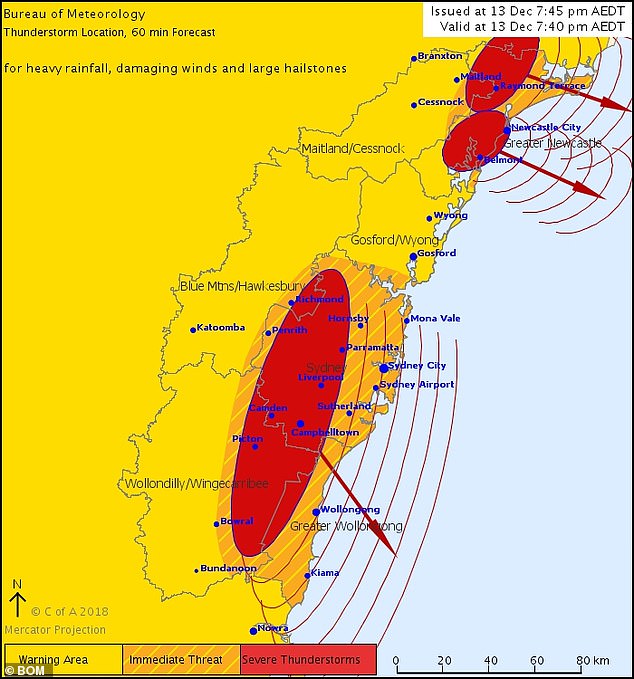 Sydney got a brief taste of the impending storms on Thursday night, with 40mm of rain falling in less than half an hour.

Winds of up to 107km/h whipped through the city’s western suburbs, as nearly 700 calls for help were made to emergency services.

A further 30,000 homes and businesses were left without power in the quickfire storm.

But that could just be a sign of what’s to come for Friday, with more lightning, hailstorms and wild winds forecast to rampage through the state on Saturday. 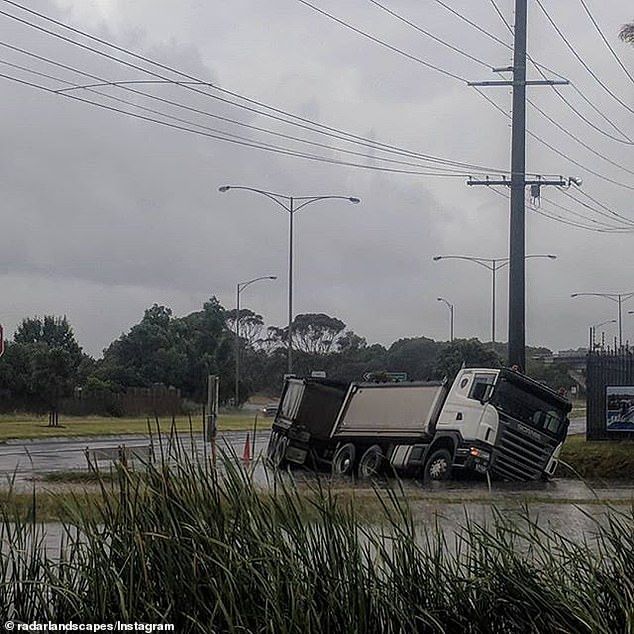 20 people had to be winched to safety from the roof of their cars, as the floods got the better of some vehicles 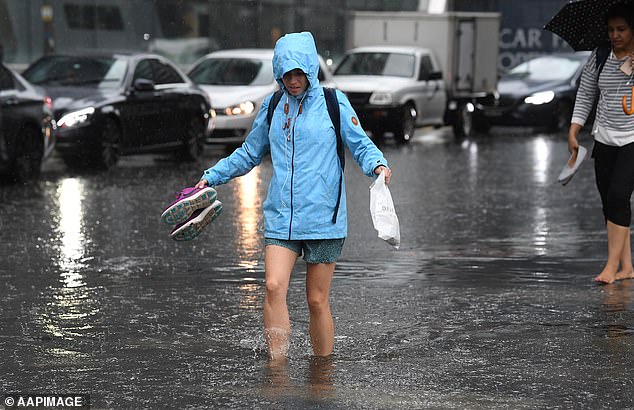 Melbourne’s inner-city flooded, with pedestrians forced to wade through the high waters 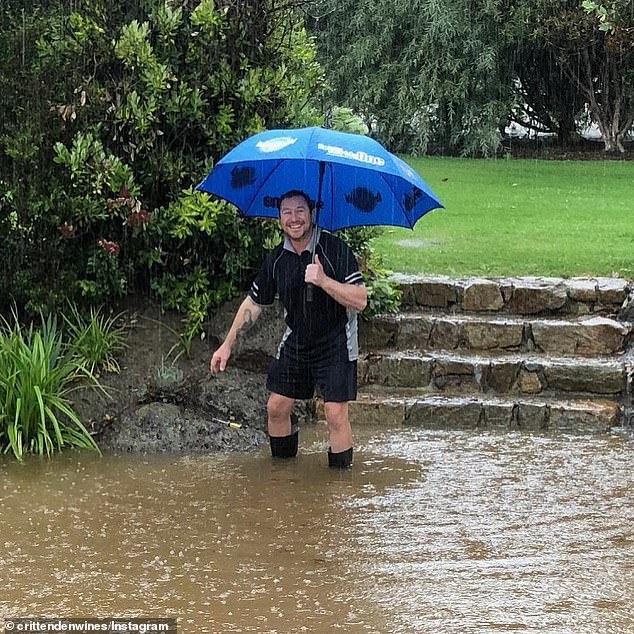 Another month’s rainfall could come down on Friday, with a further 20mm forecast in the morning

Victoria also felt the pinch of the wild weather on Thursday, with more than 100 people needing to be rescued from semi-submerged cars on the Hume Freeway.

More than a month’s worth of rain fell in regional areas overnight.

The average December rainfall for Melbourne is 59mm, with the city already surpassing that on Thursday and another 20mm forecast for Friday.

The rural town of Everton had 162mm fall overnight on Thursday alone.

Meanwhile, 20 homes flooded in the Central Victorian area of Birchip with 10 people evacuated. A community meeting will be held on Friday to discuss further flooding procedures, the SES say.

‘It’s like an ocean here where we are at the moment, our whole street is under water,’ one resident told 3AW radio on Friday morning. 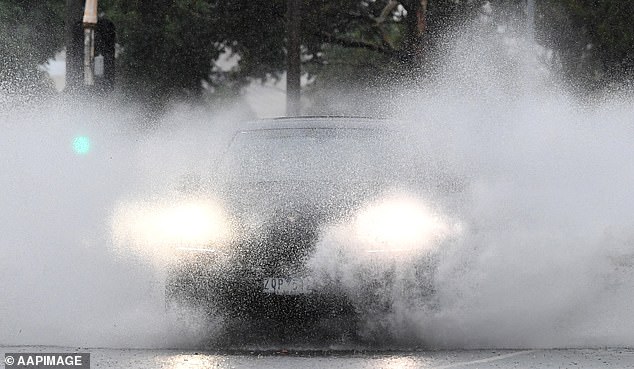 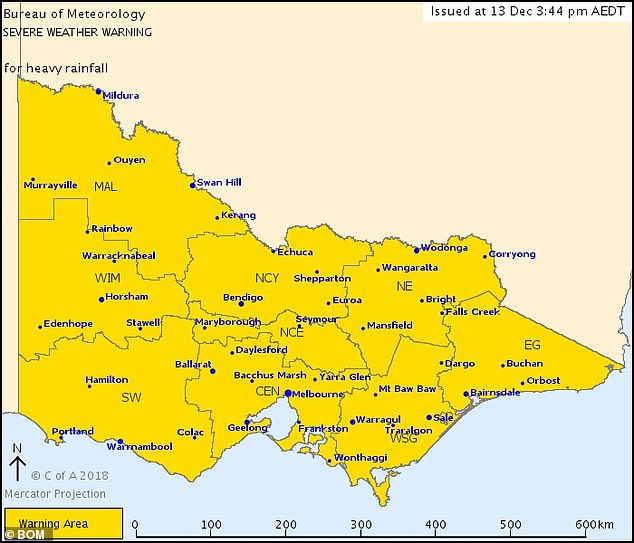 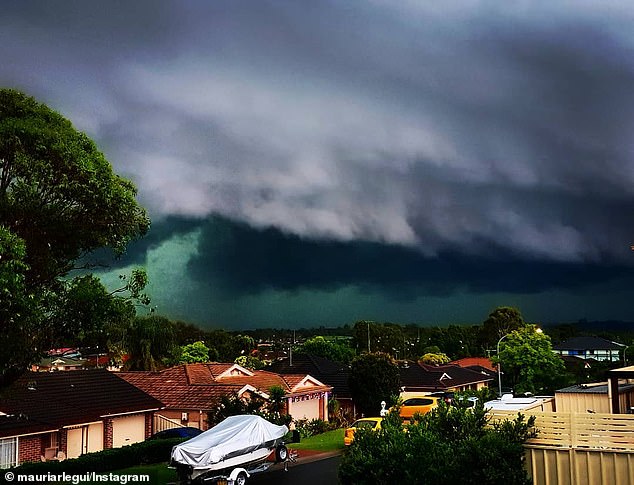 The overnight rainfall continues on Friday, with the worst storms forecast to fall in the state’s east, predominantly the South Gippsland area.

‘Rain and thunderstorms are expected across the warning area during today and Friday, with periods of heavy rainfall likely that may lead to flash flooding,’ a warning issued by The Bureau of Meteorology reads.

Authorities continue to warn not to drive or even walk through flood waters, after dozens of cars and trucks were submerged in the flood waters.

Torrential rains, particularly in New South Wales, are linked to a tropical cyclone brewing in the country’s north. 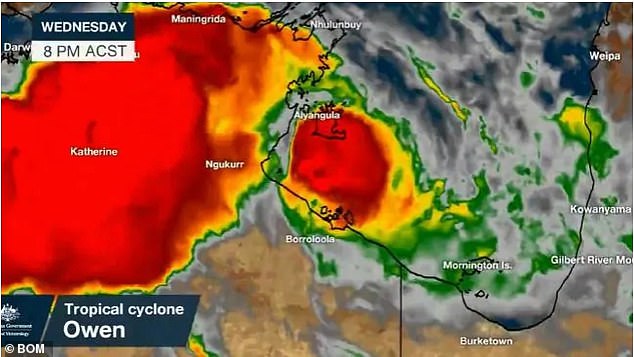 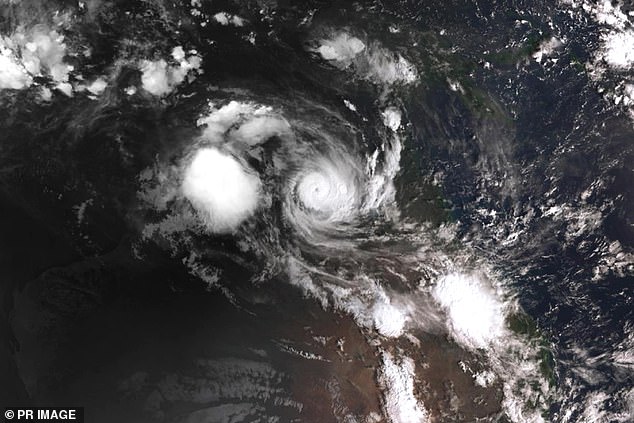 The cyclone is currently off the coast of the Northern Territory, and is slowly heading east

Cairns and the rest of far-north Queensland are meanwhile bracing for Tropical Cyclone Owen, with meteorologists saying it could hit either Friday or Saturday.

WHAT IS A CATEGORY THREE CYCLONE?

Tropical cyclones are categorised on a scale of one to five based on severity.

TC Owen, which is expected to hit Queensland on Friday, is classed as a category three.

A category three cyclone would cause:

However, the cyclone could be re-classified once it actually hits land, which will be either Friday or Saturday.

As of Friday morning, the cyclone is tracking off the coast of the Northern Territory, but has begun to move east and could hit Queensland as soon as midday.

The cyclone is currently classed as a category three based on its 200km/h wind speed.

But forecasters say it could become a category four, surpassing 280km/h when it crosses the Gulf of Carpentaria and into Queensland.

A cyclone warning is in place from Port McArthur in the Northern Territory, to Aurukun in Queensland.

Residents are being told to brace for wild winds and flooding.

Some are concerned that floods will cause landslides, after wild bushfires rampaged through the state, leaving some regions’ hillsides unstable.

Premier Annastacia Palaszczuk said she’d been briefed on the danger and assured Queenslanders that authorities in the cyclone danger area are well prepared.

The devastating cyclone, which is deemed as ‘very destructive’ by the Bureau of Meteorology, is a result of a coinciding mass air movement and low pressure system. 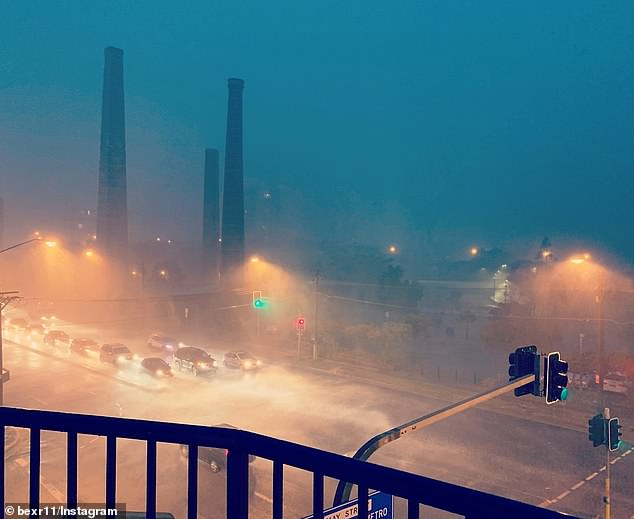 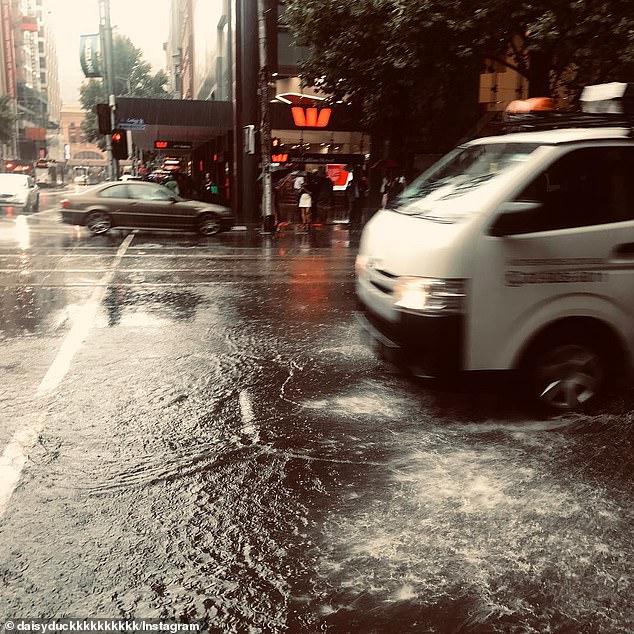 ‘It’s being caused by a trough of air mass movement from the north, and with a low pressure system coming through, is generating large amounts of rainfall,’ Bureau of Meteorology forecaster Peter Newham told Daily Mail Australia on Thursday.

A Bureau of Meteorology forecaster previously told Daily Mail Australia the thunderstorms would be the result of a cold front in the south of the country.

The cold front and low-pressure system moved from Victoria up to New South Wales which brought showers and a storm to Sydney on Thursday night.

Canberra can also expect storms and upwards of 55mm of rain between Thursday and Saturday.

Brisbane was also predicted to get up to 100mm of rainfall over the weekend.