Wild weather has brought a sudden cold snap across southern states of the country and left cities blanketed in fog.

Residents in Brisbane woke to foggy conditions on Monday morning, with the city skyline hidden beneath the haze.

After a warm Sunday in Sydney, the harbour city has been hit with a blistering wind as a strong front moves towards the east cost.

Residents in Brisbane woke to foggy conditions on Monday morning, with the city skyline blanketed in the haze

‘The strong front and low pressure system, [is] starting to move away from Tasmania and Victoria… wind and snowfall is easing,’ he said.

‘The front is making its way across New South Wales, particularly in the south.’

Luckily for residents in New South Wales, not a lot of rainfall is expected as it’s mostly confined to Victoria and Tasmania.

‘Further north, in southern Queensland, the winds related to that front have caused fog to move… to Brisbane,’ Mr Dutschke said.

‘Probably the biggest fog they’ve [Brisbane] had this season, event though its relatively typical this time of year.’ 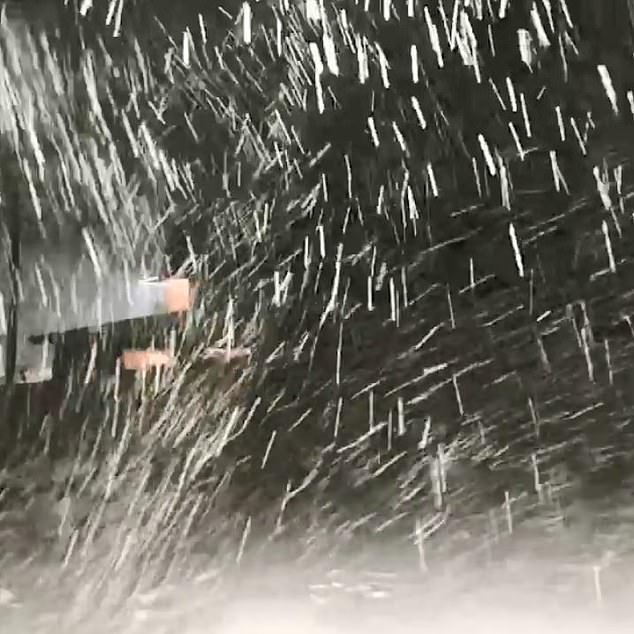 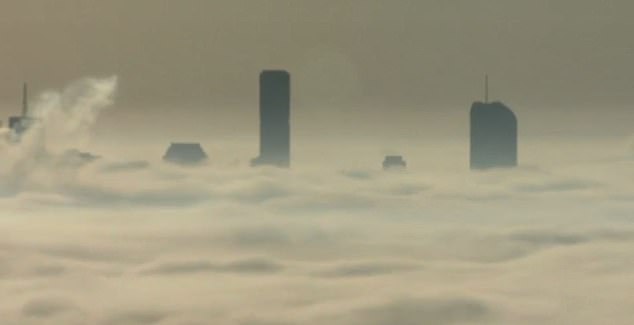 Pictured: The Brisbane skyline covered with fog on Monday morning 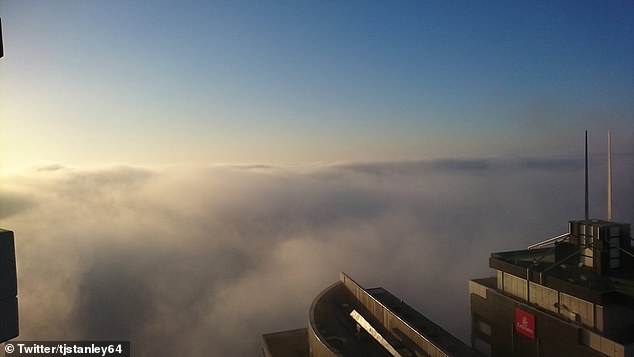 Weatherzone meteorologist Brett Dutschke said: ‘Further north, in southern QLD, the winds related to that front have caused fog to move… to Brisbane’

Mr Dutschke said Queenslanders will also see the wind pick up on Monday.

‘The winds will raise a bit of dust, significant burst of wind,’ Mr Dutschke said.

‘There are even some wind warnings for some of the NT coast and QLD coast – it’s been relatively calm last couple of days so it’s noticeably breezy.’

‘Frontal systems are very reflective of winter, we can often get cold bursts in August… nothing particularly unusual.’

Flights have been delayed in Brisbane due to the fog, while drivers have been urged to exercise caution.

Brisbane Airport tweeted: ‘Passengers are advised that due to early morning fog at the airport, operations have been slowed for safety. There may be some delays to flights’. 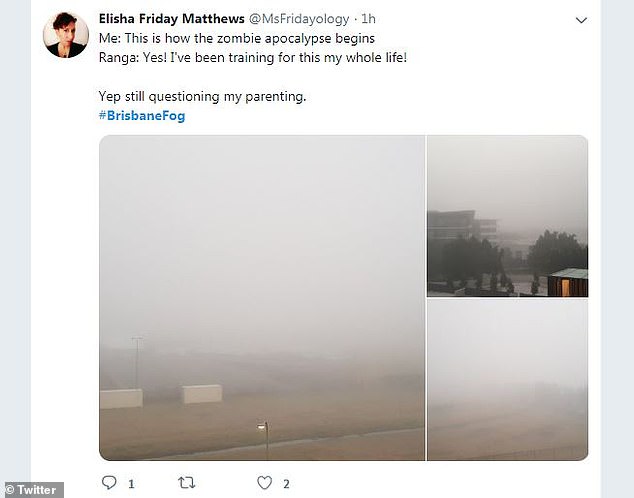 The Bureau of Meteorology said visibility was down to 100 metres in parts, including at Brisbane Airport.

‘We certainly can’t see much out the window here! Do take care on the roads this morning, headlights on!’ they wrote on Twitter.

A tree crushed a shed in Victoria’s eastern region on Sunday about 3pm, during severe weather warnings.

Parts of the’s central and eastern regions were put on high alert due to the damaging winds. 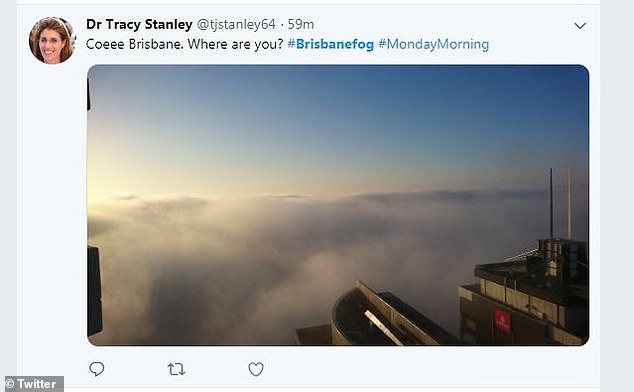 Flights have been delayed in Brisbane due to the fog, while drivers have been urged to exercise caution