Wild West Britain: Terrifying arsenal of 24 firearms including a Kalashnikov that have been seized by police in just one month as violent crime grips the nation

By Rebecca Camber Crime Correspondent For The Daily Mail

This haul of 24 firearms, seized by police in just over a month, provides a chilling picture of rising gun crime in the UK.

The arsenal includes a sawn-off shotgun, Beretta pistols and a Kalashnikov.

In one instance, 60 patients and staff at a GP surgery were embroiled in a terrifying gun incident when a patient took a Beretta pistol and a magazine of blank ammunition into an appointment. Astonishingly, the GP kept calm and left the room when the patient took out his gun.

This haul of 24 firearms, seized by police in just over a month, provides a chilling picture of rising gun crime in the UK (pictured: What appears to be a self-loading pistol) 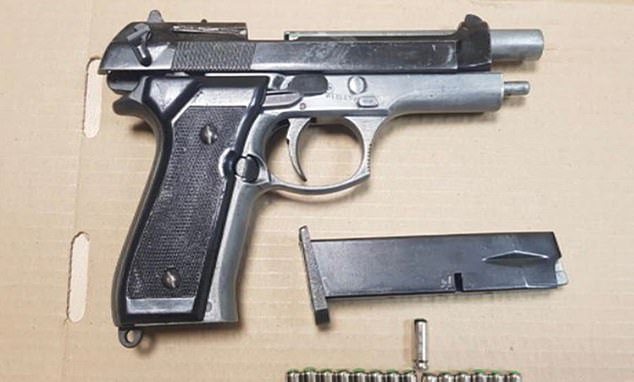 In one instance, 60 patients and staff at a GP surgery were embroiled in a terrifying gun incident when a patient took a Beretta pistol (pictured) and a magazine of blank ammunition into an appointment 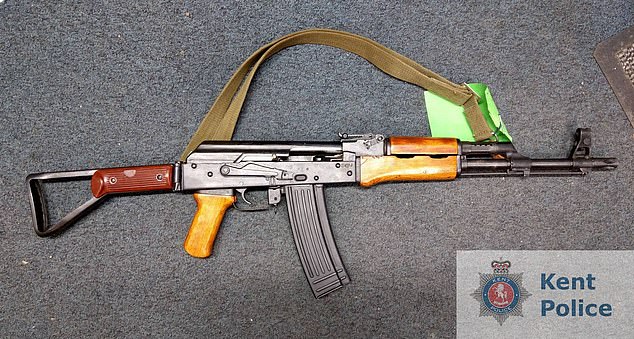 Pictured: A Kalashnikov AK47 assault rifle which was handed over to police in Canterbury 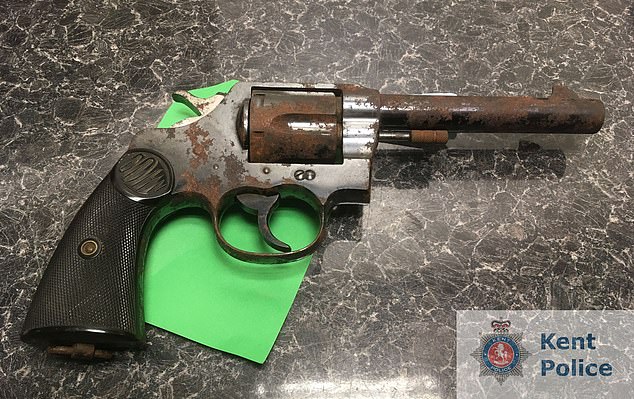 A Colt.445 calibre revolver made in 1898 was also handed in to officers during Kent Police’s firearms surrender 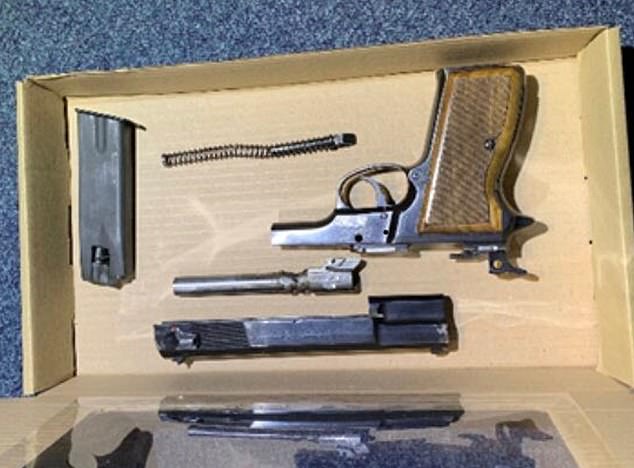 A woman reported that she was being held against her will in Stratford by a male in possession of a firearm. Officers entered the premises, secured the female, arrested the male and recovered the firearm 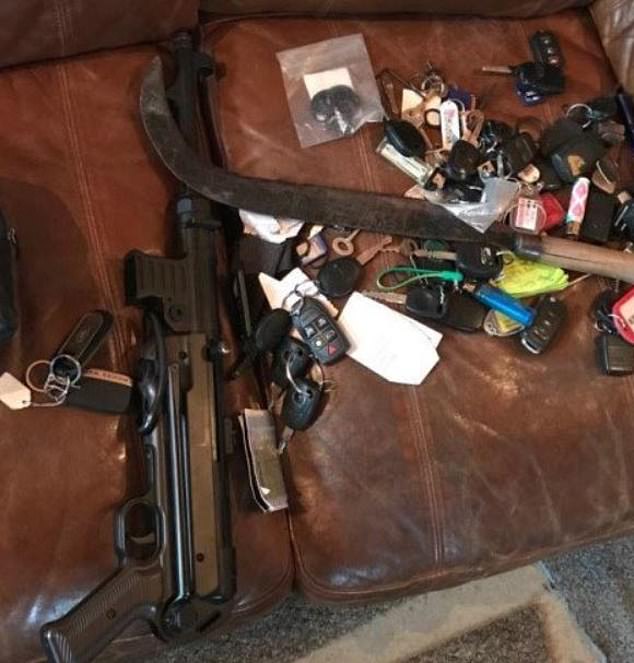 Officers in Bromley located found a suspect in possession of two firearms (pictured: What appears to be an MP40 submachine gun) 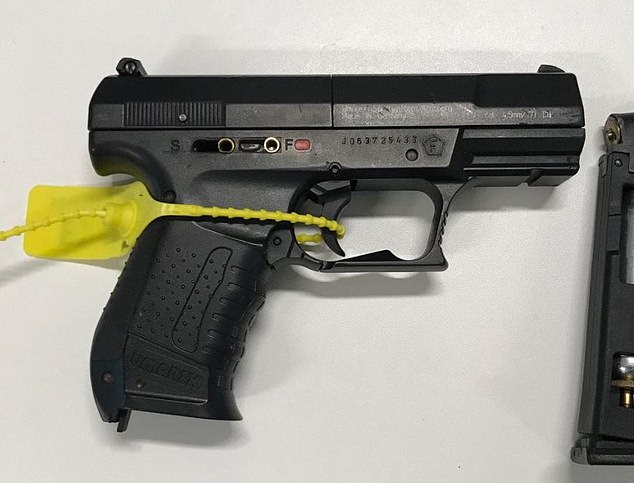 Pictured: A black, gas-powered imitation gun, which was found in Birmingham city centre 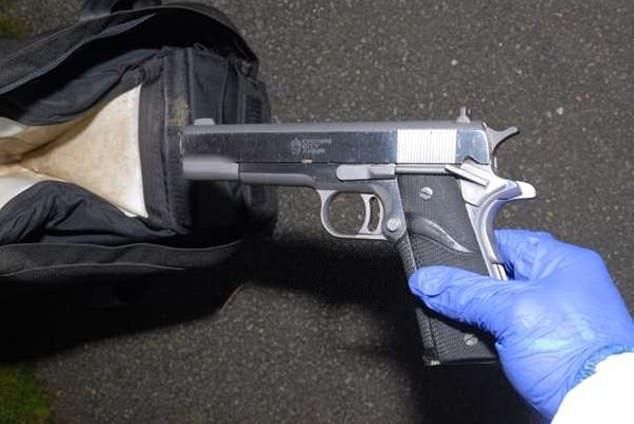 Police raced to the surgery in Greenwich, south-east London and arrested the gunman without any casualties on January 21. A day earlier, Scotland Yard caught a gunman after he threatened to shoot his ex-partner.

On December 14, a criminal who threatened a victim with a gun was found in Bromley, south-east London carrying a sawn-off pump action shotgun and a potentially live grenade. Dozens of car keys were also seized.

On December 28, a drunken man was found in Westminster holding a loaded pistol.

The 24 guns, which were seized, confiscated or handed in to forces between December 15 and January 27, were not confined to London. West Midlands Police seized three guns – a loaded pistol, shotgun and handgun – in as many days last month. 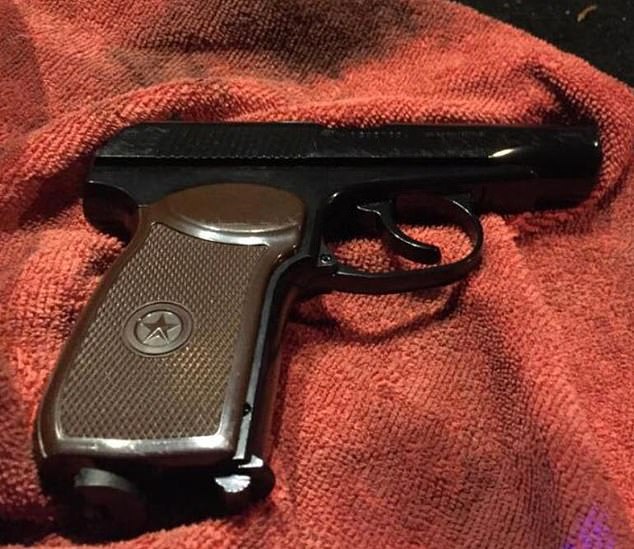 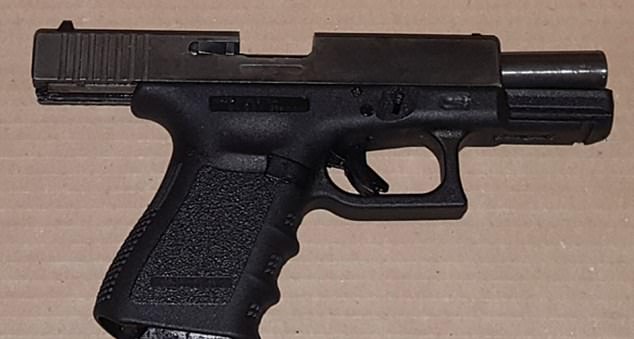 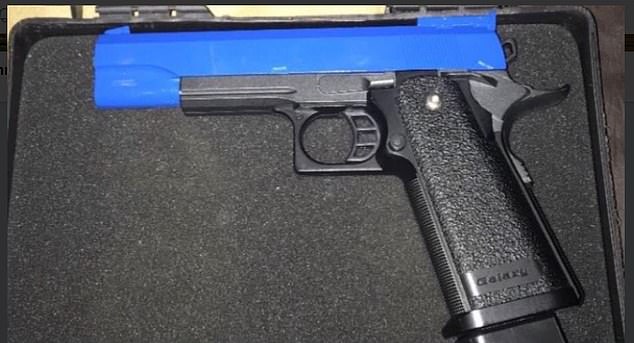 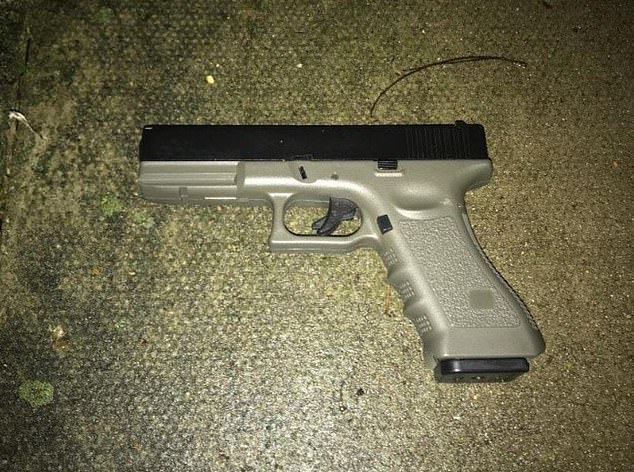 One of the weapons, a .45 self-loading pistol with five bullets, was found after police stopped a drink-driver in Edgbaston.

Days later, the force found an X26 police-issue Taser in the hands of a criminal.

The shocking incidents, revealed on police Twitter feeds, come as the number of firearms on the streets of Wild West Britain is at its highest in a decade.

Martin Parker, of the national ballistics intelligence service, said the amount of guns and ammunition sent to its labs for analysis is set for a ten-year high. He said: ‘The highest year for us was 2010-11 – just under 1,300. This year, we can expect it to be just as busy, if not more so.’