Emergency services rushed to the Costa Del Sol resort at around 8.20pm on Thursday where leaping flames covered the horizon in the Bello Horizonte area.

Seventy firefighters spent the night dousing the inferno which ripped across shrubbery close to the AP-7 motorway and other major arteries.

Wildfires rage across the countryside on Thursday night in the area Altos de Marbella, near of AP-7 highway in the town of Marbella, Costa del Sol 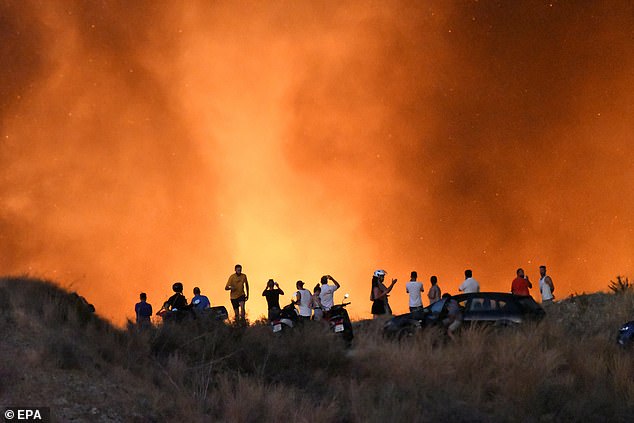 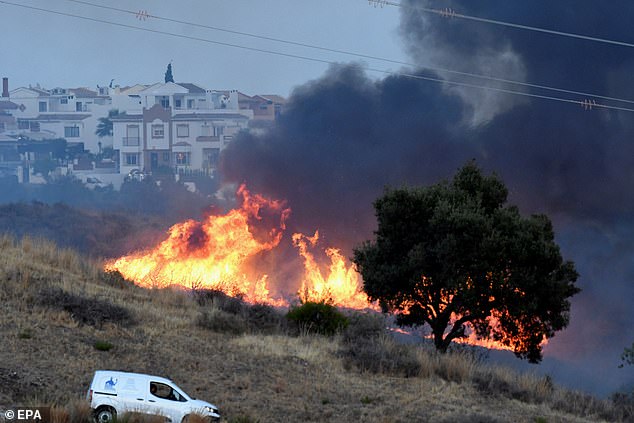 Flames and thick black smoke spew into the evening sky on Thursday. Seventy firefighters were drafted in to tackle the blaze

By this morning the fire had been brought under control after it was largely impeded by the lack of foliage in the area and a motocross track which acted as a barrier, Olive Press reported.

Five fire engine pumps were used to extinguish the blaze and a total of 125 troops from the National Police Corps and Civil Guard were mobilised.

Mayor Angeles Munoz tweeted: ‘I appreciate the immense work that the municipal security forces are doing to put out the fire.’ 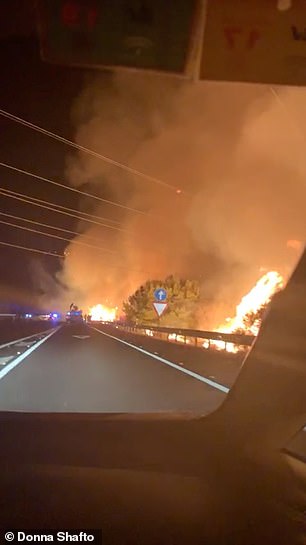 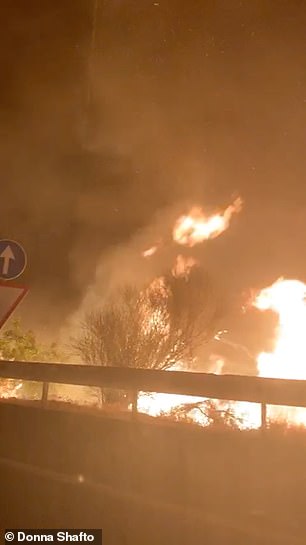 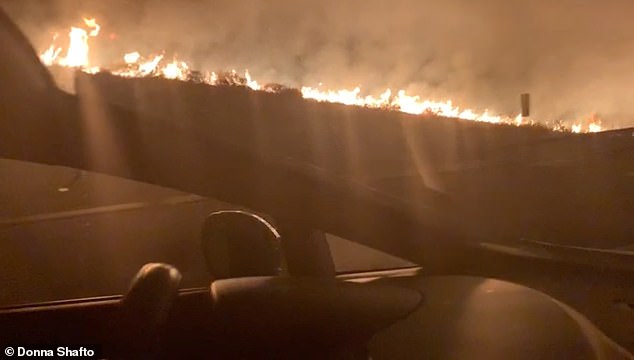 The fire came just days after a massive evacuation of 500 homes in neighbouring Estepona where a fire devastated 200 acres of land on Monday.

A French citizen has been arrested for allegedly starting the Estepona fire on Monday morning.

That fire was not brought under control until Wednesday, 20 Minutos reported.