‘There is no time and place to go large now,’ he said after his side’s midweek victory at Tottenham. ‘We have done a lot, but considering the season, we have done nothing.’

The remarkable comeback at Wembley secured them a place in the last-eight of the Carabao Cup and a welcome respite from the swirl of negativity surrounding the club. 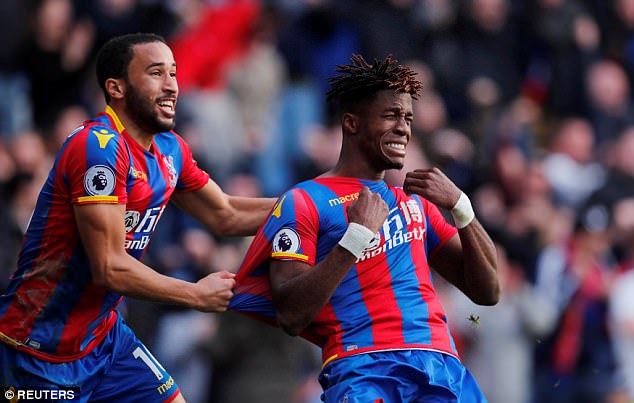 But the West Ham boss knew he needed more. He needed it to act as a catalyst, the first step on the road to recovery for his side and his own seemingly-doomed regime.

And for more than 90 minutes on Saturday, it looked to have done just that.

But against Crystal Palace on Saturday his side threw away their own two-goal lead and three crucial points.

Wilfried Zaha’s goal at the death earned Roy Hodgson a draw they probably deserved. All Bilic could do was shake his head.

Andre Ayew’s thunderbolt aside, his side had not looked pretty or wholly convincing. They had not turned from relegation scrappers into world beaters in three days. But they looked like they may just have turned a corner.

But now, after his side dropped two more points at Selhurst Park, any breathing space Bilic had in his race against the sack is being squeezed once more.

Mark Noble threatened to get into a scrap after the final whistle. But by then it was too late. The visitors had not lacked fight. They just lacked the quality and know-how to stem the Palace tide.

Against Palace, the Hammers enjoyed their fair share of good fortune, notably that they faced a side with arguably even less cause for optimism. 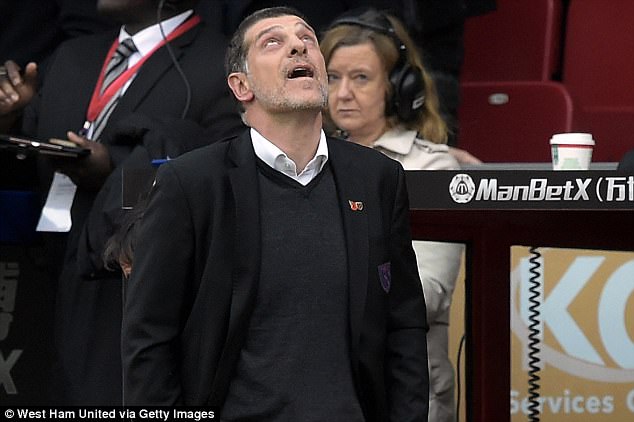 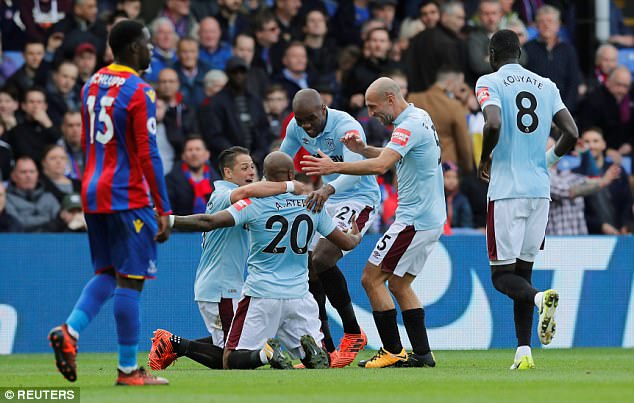 If the midweek drubbing at Bristol City was supposed to represent the nadir in Palace’s early season troubles, Roy Hodgson’s side did their best to set the bar even lower for long periods on Saturday.

Not that it felt like that at the final whistle.

Bilic had kept faith with the players who had inspired the Wembley turnaround, handing starts to Ayew and match-winner Angelo Ogbonna.

And for 30 minutes he stood on the edge of his technical area gesticulating, crouching, shouting, yet unable to inspire his side to create even half a chance.

Then Javier Hernandez, one of the few bright spots of this dark spell for the Hammers, did what he was bought to do.

Moments after Bobby Madley had turned down appeals for a Palace penalty, the forward turned home Aaron Cresswell’s low cross to breathe life into a woeful game and his manager’s troubled reign.

For Bilic, though, this was still no time and place to go large. As substitutes and backroom staff swarmed his technical area, he turned to his bench, shook the hand of an assistant and dished out instructions to skipper Mark Noble. 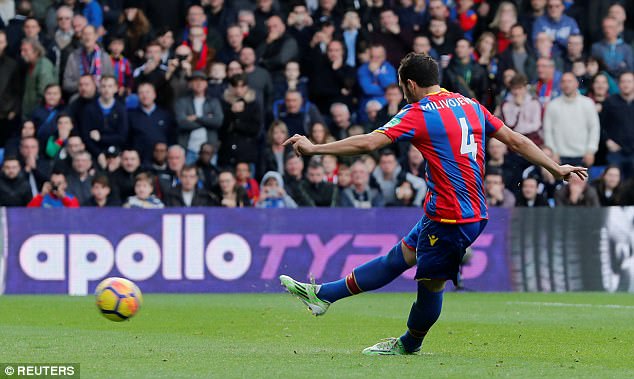 Whatever he said, however, did little to help his side consolidate their advantage as only a double save from another of his summer signings prevented the bubble from bursting immediately.

The first save from Joe Hart, from James Tomkins, was excellent. The second, from Jeffrey Schlupp’s hooked shot, was purely fortuitous.

Not that Bilic would have cared one bit.

For shortly before the break, Ayew’s magical second doubled their advantage. Again the celebrations from the West Ham boss were muted and this time it was Edimilson Fernandes on the receiving end of instructions. But the importance of the goal could not be understated.

Three days on from heading down the Wembley tunnel trailing by two, the shoe was suddenly on the other foot for Bilic.

After beating Spurs, the West Ham boss had talked about the importance of his side scoring the third goal. 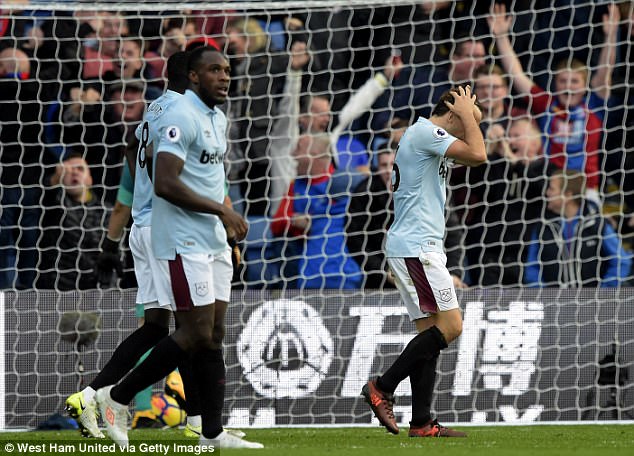 Only the post kept them in front a couple of minutes later after Cabaye fired past Hart from outside the area.

Suddenly Bilic was crouching again, powerless to stop his side dropping deeper and deeper.

In completely different circumstances to their Wembley comeback, he needed his side to show similar heart to hold on. And they came within moments of answering his call and, with more help from the woodwork late on, securing a crucial three points.

That’s all victory would have represented for now.

But for Bilic and West Ham, it could have marked the start of something far, far more. Now, the momentum they generated at Wembley has evaporated. And the heat is back on their boss.