England have made a stuttering start in their attempt to set Pakistan a target on the fourth day of the first Test in Rawalpindi.

After Will Jacks’s six-for helped dismiss the tourists for 579, England lost Ben Duckett for a golden duck and Ollie Pope for 15, before reaching lunch on 46 for two off eight overs. Their lead is 124, and there are five sessions to go. On a pitch that remains true, no result can be ruled out.

England have continually insisted they are not interested in draws, and their approach was evident as Duckett tried to nibble Naseem Shah to third man. But the ball was too close to him for the shot, and Agha Salman was waiting at second slip. 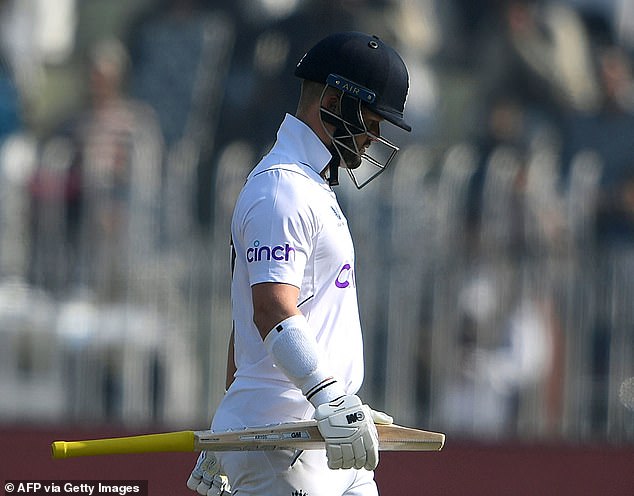 After his first-innings century, Duckett had waited nearly three days for another go. This was cricket as the great leveller.

Zak Crawley and Pope – who also made the Rawalpindi honours board on the first day – went for their shots, shovelling through the leg side with impunity, before Pope hooked Mohammad Ali straight to Naseem at fine leg.

In between, Crawley might have gone too, only for Naseem to spill a tough return catch low to his left. At lunch, he had 24, with Joe Root not out four. A fascinating session awaits. 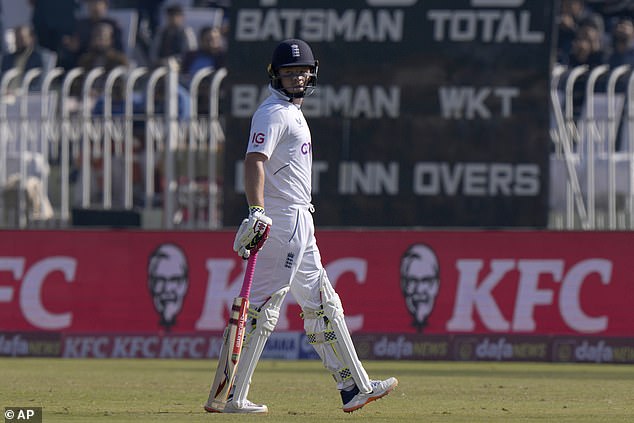 Ollie Pope, another first innings centurion, hooked a bouncer to fine leg for 15 on day four 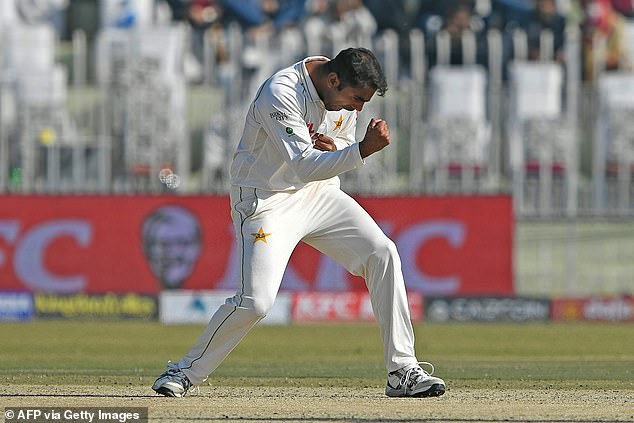 Earlier, Jacks turned his overnight three-for into figures of six for 161 – the best by an England debutant since Toby Roland-Jones against South Africa at The Oval in 2017 – as Pakistan were bowled out for 579.

After the hosts resumed on 499 for seven, England were held up mainly by Salman, who got stuck into Jack Leach in particular, and had moved to 53 when he poked Jacks – bowling his off-breaks from round the wicket – to Crawley at slip.

Salman was the eighth batsman in this Test to reach 50, and the first not to reach three figures. 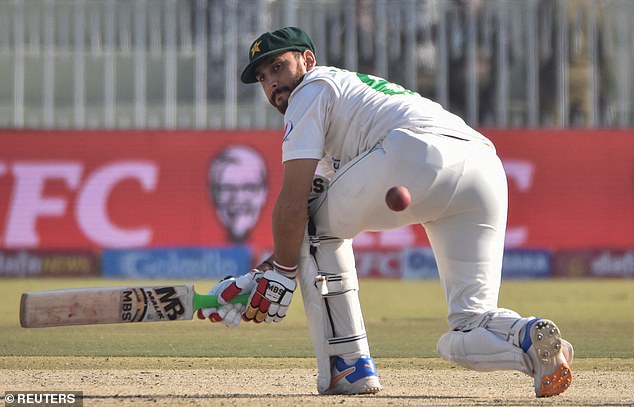 Zahid Mahmood was next to go, stumped by Pope for 17 as he missed a reverse-sweep. After several replays, TV umpire Marais Erasmus correctly ruled that no part of his boot was behind the line.

That gave Jacks his maiden first-class five-for, and he soon had six, as Haris Rauf edged a wild drive to Root at slip. Not since Peter Such against Australia at Old Trafford in 1993 – a game better remembered for Shane Warne’s Ball of the Century to Mike Gatting – had an England spinner taken better figures in the first innings of his debut Test.

Leach, meanwhile, ended with two for 190, and entered the top 10 of England’s most expensive Test analyses. There have been plenty of records in this game, and few have favoured the bowlers. 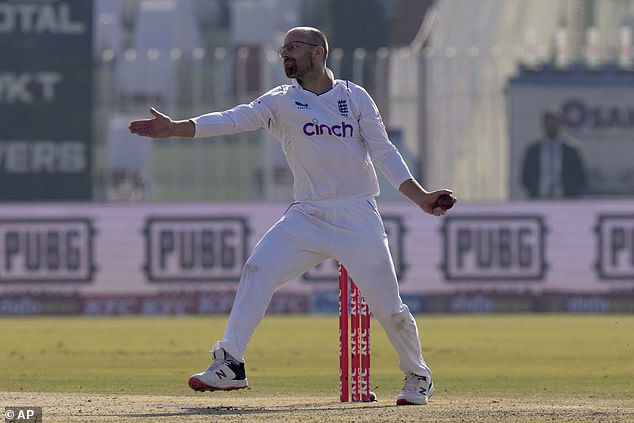