Will minister veto Melrose takeover of GKN on security grounds?

City predators and hedge funds were branded the ‘unacceptable face of capitalism’ last night after defence giant GKN fell to an £8billion takeover.

They took a narrow majority in a shareholder vote, but only after receiving backing from ruthless hedge funds who bought up 25 per cent of GKN shares in recent weeks.

As Defence Secretary Gavin Williamson suggested the deal could still be reversed on security grounds, those recent investors were thought to have made a quick £172million in profit when GKN’s shares surged on news of the deal. They stand to make millions more.

Melrose bosses (from left) Simon Peckham, David Roper, Christopher Miller,and finance chief Geoffrey Martin could get as much as £285million personally from their takeover of the firm

Melrose bosses Simon Peckham, Christopher Miller, David Roper and finance chief Geoffrey Martin could get as much as £285million personally from their takeover of the firm.

But as they celebrate, thousands of GKN jobs are at risk, including at its  head office in Redditch, Worcestershire.

The firm, one of the great names of UK engineering, makes aircraft and engine parts for Boeing, Airbus and Rolls Royce, car parts for major manufacturers, and is a supplier to the Pentagon of the F-35 Lockheed Martin fighter – destined for the UK’s aircraft carrier fleet. It has been independent since 1759.

Melrose bosses, by contrast, boast of an ability to break up companies and sell off the parts to the highest bidder in a few years. 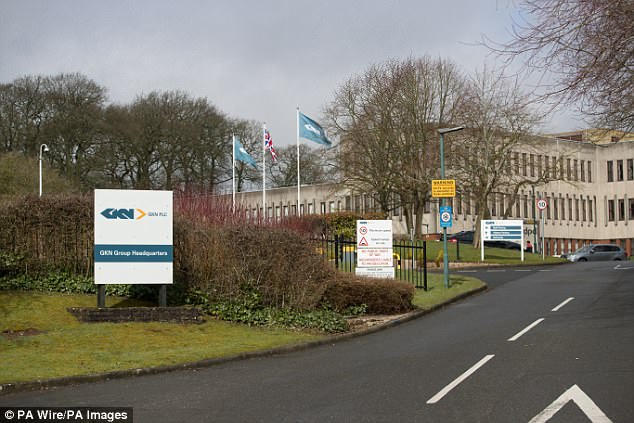 But as they celebrate, thousands of GKN jobs are at risk, including at its head office in Redditch, Worcestershire (pictured) 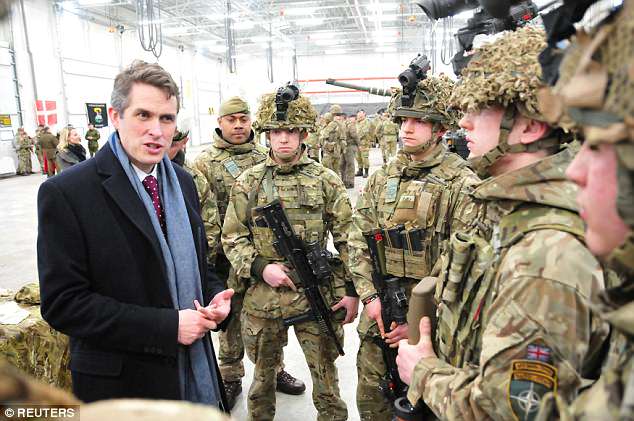 Last night, the Government was urged to block the deal, having intervened 12 times in takeovers since the Enterprise Act 2002. Critics rounded on ministers for letting vulture funds influence the deal. It came as:

The sale has already paid off for New York hedge fund Elliott, which saw the value of its 3.85 per cent stake jump by £26million.

Elliott, which has a reputation for muscling in on global mega-deals, more than doubled its GKN shareholding after the bid was announced.

Jack Dromey MP, who has been campaigning against the takeover, said: ‘These hedge funds have been described as the unacceptable face of capitalism. The idea that these super-rich investors can make a killing by selling short a 259-year-old British icon is fundamentally wrong.’ 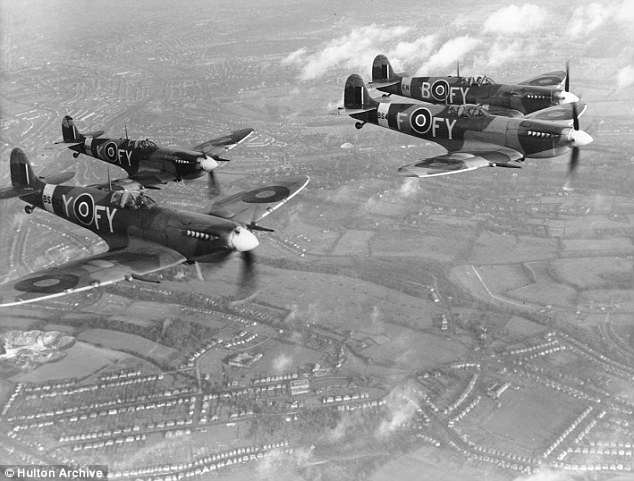 Tory MP Lucy Allan said: ‘These investors, or vulture funds, came on to the GKN share register for a matter of weeks, in order to make a quick and significant profit. And it is they who have decided the future of this great British company. There are few who would condone this.’

Defence analyst Howard Wheeldon added: ‘Melrose has won this by the spivs who bought in on the hope of making money, as opposed to backing them for the right or wrong reasons or backing British or indeed other jobs … we are losers all round for allowing them to buy in and to be given a vote.’

When Melrose swooped in January, GKN fought it off and put in place its own plan to restructure the business. But Melrose was undeterred and came back with a bigger offer.

Critics argued that it would make Melrose bosses hundreds of millions of pounds, would result in the firm being split up and sold to foreign investors, and see a British engineering giant lost.

It became a war of words as both sides tried to convince wavering investors. Crucially, hedge funds saw the spat as a chance to make millions by buying GKN stock and then forcing the deal through. They had full full voting rights due to Britain’s takeover laws.

Earlier this week, Mr Clark said he had secured a series of promises from Melrose to keep its business in the UK until 2023. However, critics immediately claimed that these promises were not worth the paper they were written on. 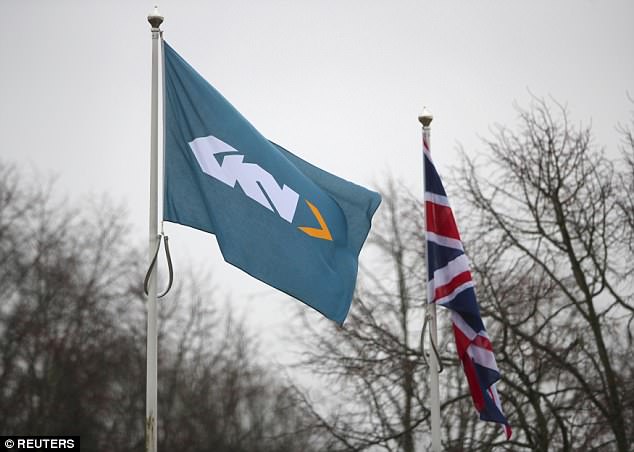 There were also calls last night to protect UK jobs, as it was feared Melrose would close some of GKN’s Redditch headquarters

Lord Heseltine, former deputy PM and defence secretary, said: ‘This is the clash between the culture of the financial world and profits and the strategic interests of this country – and it is inevitable that the financial system wins.

‘No other country of our sort would have allowed this … it’s not what I think serves the national interest. I think it is wrong.’

A Whitehall source last night said the Defence Secretary had ‘significant reservations’, despite the assurances secured by Mr Clark.

The source said: ‘It might not be a done deal just yet.’ Mr Williamson is said to be concerned Melrose could sell off critical elements of GKN’s business in the future.

Mr Clark has said he will take advice from the MoD before deciding whether to block it.

There were also calls last night to protect UK jobs, as it was feared Melrose would close some of GKN’s Redditch headquarters.

Unite’s Steve Turner said: ‘The takeover is far from a done deal. National security concerns remain not just for the UK, but for the US too, where the Committee on Foreign Investment in the US is yet to approve the takeover and to whom Unite has made representations.’

Frances O’Grady of the TUC added: ‘The Government has failed to protect GKN workers … Ministers got involved far too late and effectively rolled over.’

Paul Everitt, of aerospace and defence trade body ADS, said it was ‘a worrying time for GKN’, its employees, pensioners, suppliers and customers.’

Melrose chairman Christopher Miller said it planned to create ‘a UK industrial powerhouse with a market capitalisation of over £10billion and a tremendous future’.

He added: ‘Melrose has made commitments as to investment in R&D, skills and people … Let me assure you that GKN is entering into very good hands.’