This is a nice idea: we can solve our country’s obesity crisis with surgery. Forget about diets, willpower and treadmills. All you need is a scalpel and hey presto, problem solved.

There is no doubt that Britain is groaning under the weight of the obese. If we don’t do something about it soon, it’s going to cripple the NHS. But is surgery the answer?

I work in an eating disorder unit and see the personal cost of weight-loss surgery in those who are morbidly obese.

For some, it can mean a new lease of life, but there is a host of problems that come with it. As well as nutritional and dietary issues, the rapid weight loss can result in large amounts of saggy skin which people feel ashamed of. But that pales into insignificance when you realise the toll it can take on mental health.

The real question that needs to be asked is why someone is obese. This might seem obvious — they eat too much. But there is often a psychological element to overeating which surgery doesn’t address. They may binge or graze on food as a way of dealing with emotions or stress.

After bariatric surgery, however, those problems remain but their coping strategy is gone. So what happens? They are left with overwhelming levels of distress.

Many patients describe it as being mentally tortured. As many as 20 per cent find ways around the procedure, such as continually snacking or consuming very high-calorie foods, and regain much of the weight.

Studies suggest they’re at increased risk of suicide due to the pressure of lifestyle changes that must be adopted post-surgery, and there is a 50 per cent rise in the risk of drug and alcohol addiction, too.

This shows we are approaching the obesity epidemic in the wrong way. We must treat a psychological problem psychologically, not surgically. When people are taught strategies for handling their feelings, they no longer need to use food as a crutch, so lose weight anyway.

Of course, not everyone who is obese has underlying psychological issues. Some people make a choice to eat certain foods, others simply lack the motivation, knowledge or willpower to diet. But is it right to offer an operation to someone who, frankly, simply can’t be bothered to lose weight themselves? Is that really what the NHS was set up for?

The obesity epidemic will be best addressed by attacking the underlying causes, via policy, legislation and education. Suggesting that it can be deftly dealt with by a swoosh of the surgeon’s knife is naive, costly and wrongheaded. 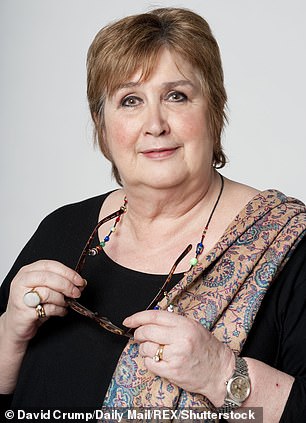 At last, a senior politician, the Prime Minister no less, has learned from bitter experience how dangerous obesity can be.

His stay in intensive care with Covid-19 has brought him rather quickly to the realisation that care for a portion of Britain long considered to be ‘greedy and lazy’ is not a waste of money.

I have been saying for some time that obesity needs to be considered a ‘chronic disease’. No. 10, it appears, finally agrees with me. NHS trusts and GPs are to be given financial incentives to encourage those at risk to have bariatric surgery, proven to bring about significant weight loss and, in most cases, cure dangerous type 2 diabetes.

It’s what I opted for at the age of 65 when my weight had reached 24 st. I knew eating less and moving more would not help me lose weight.

I’d done every diet and every form of exercise in existence, but it was only when I began to learn of the latest research that I realised it was much more complicated than that.

Obesity involves genetics, hormones, metabolism and a retail food environment that is anything but healthy. I have no doubt my obesity contributed to breast cancer and two hip replacements. I was on the verge of diabetes and becoming increasingly disabled.

In the long run it will save the NHS a fortune

I applied to have a gastric sleeve operation on the NHS, but found it would take at least a year of meetings and advice on healthy eating before I got to the operating table. I hadn’t time, at my age, to wait in a system that thus far has funded fewer of these operations than any other European country. So I paid for it. Ten stone lighter, with no diabetes or heart disease and a perfectly healthy blood pressure, I know I made the right choice — as, I’m convinced, has the Government.

Boris and senior politicians are at last listening to scientists who know that being overweight affects 67 per cent of men and 60 per cent of women in the UK. And that, by 2030, 10 per cent of the population is expected to develop type 2 diabetes as a result. It’s a health and financial timebomb — the cost of treating complications associated with obesity is said to be roughly £6 billion a year.

Bariatric surgery costs just over £10,000, and I found in my research that within three years it pays for itself, saving the cost of treating type 2 diabetes and the other attendant ills of obesity. Not only does it make sense for the individual who needs it, but, in the long run, it will save the NHS a fortune.