Will my health insurance provider pay for my child’s £2,000 ADHD assessment?

My son’s school has contacted me about his behavioural issues and has told me that he may have attention deficit hyperactivity disorder (ADHD).

They’ve given me the required forms to fill out and they’ve been sent to the NHS’ community paediatrics department, but I’ve been told the waiting list is long.

Some parents that I’ve spoken to who have gone through the NHS assessment with their children have said they have waited as long as two years for a diagnosis.

The school also gave me a list of private clinics that I could approach in the event I didn’t want to go via the NHS. But I’ve heard this is expensive.

I do, however, have private medical insurance that I’ve had for a while. Would it cover such an assessment and any ongoing treatment?

Specialists can charge around £1,500 and £2k for private ADHD diagnostic assessments

Angelique Ruzicka from This is Money says: October is ADHD Awareness month and while it does shine a spotlight on this condition it’s not going to deal with the issues that come with getting a child assessed swiftly.

Private diagnostic assessments for ADHD can range in cost from £1,500 to £2,000, according to consultant psychologist, Dr. Elena Touroni who is the co-founder of The Chelsea Psychology Clinic.

If you can’t afford to pay for private treatment, be prepared to wait a long time to get a diagnosis through the NHS. The NHS did not respond in time to our questions about waiting periods, but Touroni said it can take years to get a diagnosis.

She explains: ‘To my knowledge, it can take up to two years to get a neurodevelopmental assessment through the NHS. Although that’s obviously likely to be variable, depending on geographical area etc.’

Private clinics are swamped too, but you can get an appointment in much less time, and therefore some parents are willing to take the hit.

Touroni adds: ‘It is generally faster to get a diagnosis privately. That said, we’ve seen a significant surge in demand for this kind of assessment which means it can still take up to three months privately.’

The question for many parents with private medical insurance is will it cover ADHD appointments and further sessions?

You say you’ve got private health insurance cover but don’t mention who you’re with. We studied the terms and conditions of four major health insurance providers including Axa PPP, Bupa, Aviva and Vitality Health.

Unfortunately, you have to dig deep into their terms and conditions to find out exactly what is covered. Not many cover ADHD assessments but that’s not always clear from the outset.

For instance, Aviva’s terms and conditions state that they only offer cover for acute mental health conditions.

This means that they will cover treatment only for mental health disorders that can lead to full recovery.

As ADHD is a lifetime illness, Aviva won’t cover it.

An Aviva spokesperson said: ‘Attention deficit hyperactivity disorder (ADHD) is a long-term condition requiring multidisciplinary assessment and management and therefore would not be suitable for PMI’s core cover for acute conditions.

‘Therefore, we would not cover a private ADHD assessment as this would not be treatment of an acute condition. We also make this clear by explaining in our policy wording that we exclude ‘treatment, including diagnostic tests to treat or assess learning difficulties or developmental or behavioural problems such as ADHD.’

Axa PPP did not respond to my emails or calls to confirm whether they covered ADHD, which left us to study their online terms and conditions. 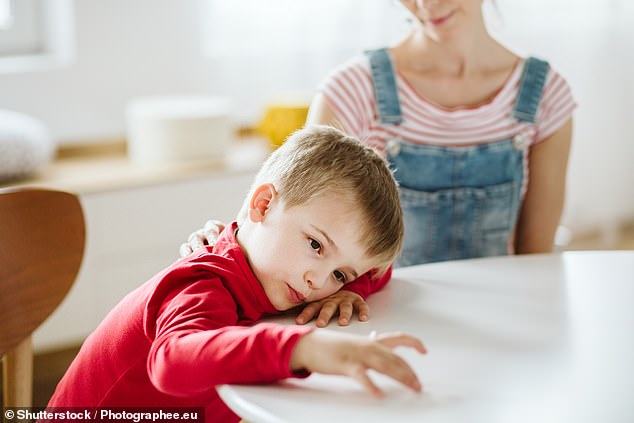 Axa PPP’s terms and conditions seem ambiguous because it has a mental health component that you can add to your plan. This talks about having no yearly limit on specialist consultations as well as psychiatric treatment.

They do have similar wordings to Aviva’s in that it says it will not pay for treatment of ‘on-going, recurring and long-term conditions, such as diabetes and asthma’. It refers to these as chronic conditions and, by definition, ADHD is a chronic illness so it is assumed this this won’t be covered.

‘We have a general exclusion on our plan for: “treatment, including investigations and assessments, related to developmental problems, behavioural problems and learning difficulties including but not limited to autism, dyslexia and ‘Attention Deficit Hyperactivity Disorder’ (ADHD)”.’

That leaves Bupa. Surprisingly, Bupa said that they do fund diagnostic tests to rule out ADHD when a mental health condition is suspected.

A spokesperson said: ‘Eligible tests will be paid in full. While our UK health insurance policies don’t cover treatment for learning, behavioural and development issues such as ADHD, we do cover a breadth of mental health conditions, such as anxiety, stress, and depression, even if they relate to or arise from ADHD.’

Based on This is Money’s research, it appears that only one out of four major private health care insurers will pay for an ADHD assessment. That leaves you with two options if you’re not with Bupa: paying for it yourself or joining the NHS waiting list queue.