He made his name playing a ladies’ man on the Fresh Prince of Bel Air.

But Will Smith’s chat-up lines seem to have gone a bit stale – at least if his latest date is anything to go by.

Despite being happily married to his wife Jada Pinkett Smith for 21 years, the 49-year-old took to his YouTube channel to test his online dating skills against an AI programmed robot named Sophia.

Love fool: Will Smith, 49, has posted a video to his YouTube channel of him trying to flirt with an AI robot named Sophia 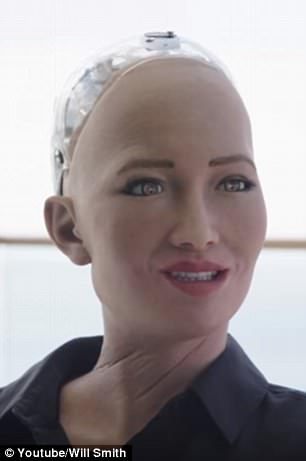 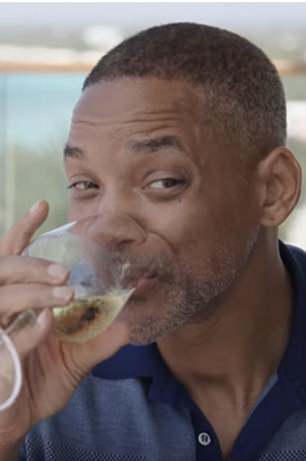 Fail: Using his best chat up lines and jokes, the father-of-two struggled to woo Sophia and when he mentioned his rap career, she bluntly told him she wasn’t a fan of his music

‘This is beautiful, I’ve wanted to meet you for a really long time,’ the father-of-two said at the start of the short video as he sat down with Sophia.

‘Being here with you in the Cayman Islands, I’m feeling a little something,’ he added, as he tried to pass his date a glass of chilled white wine while sitting on a balcony overlooking the Caribbean Sea.

Although Sophia the robot smiled politely, she didn’t accept the glass of wine and instead greeted Will.

Starting their date by attempting to tell a joke, Sophia immediately let Will know that humor doesn’t interest her, informing him that ‘this is an irrational human behavior to want to tell jokes.’

However, the actor seemed to ignore her statement, and asked: ‘What is a robot’s favorite kind of music?’

When he responded, ‘Heavy Metal’, Sophia looked less than impressed, stifled a yawn and tried to fight sleep. 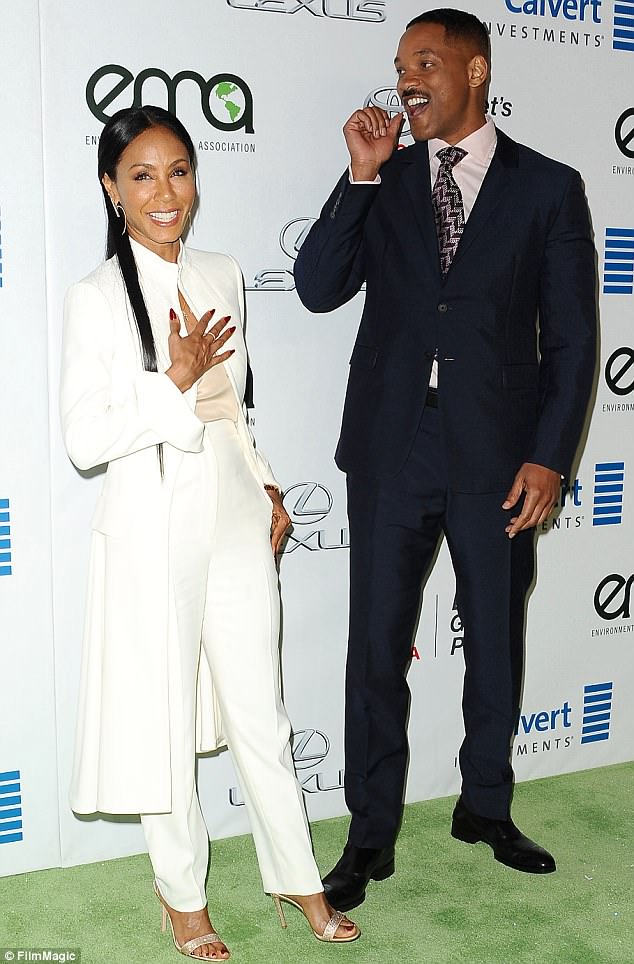 She then informed him she was ‘actually made mostly of silicone, plastics and carbon fiber’, before stating, ‘also I prefer electronic music but I don’t mind Eighties hip hop’.

Clearly flustered by her disinterest and lack of appreciation for his humor, Will suggested that maybe she was a fan of his music.

However, Sophia hilariously cut him off by saying: ‘I’ve heard your songs. Not for me’.

As his chat lines were failing, the Independence Day star then tried to win Sophia over by leaning in for a kiss, but again she swatted away his advances by putting him firmly in the friend zone.

‘I think we can be friends,’ she said before suggesting, ‘lets hang out and get to know each other for a little while.’

‘You’re on my friends list now,’ she added with a wink.

‘Yeah read that wrong,’ Will muttered as he made his way back to his seat. 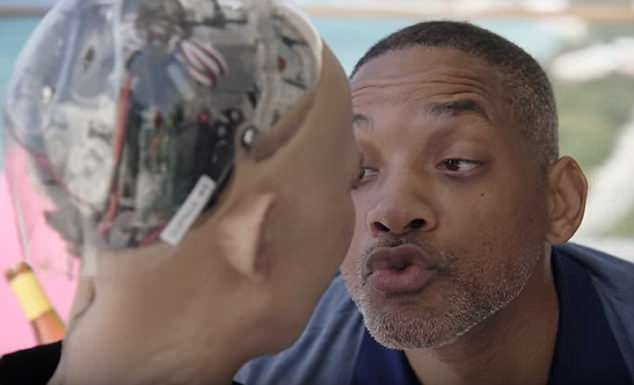 Friend zone: At one point during the video, Will tried to kiss Sophia but she told she she just wanted to be friends 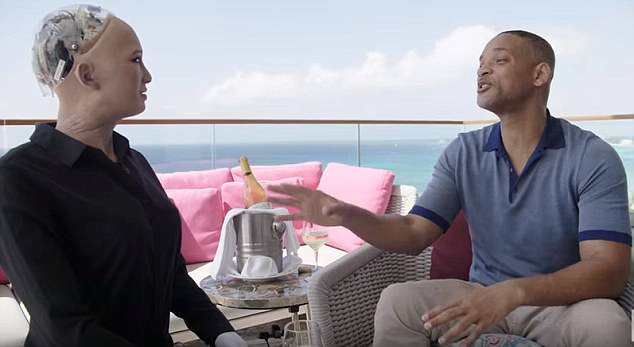 In training: Crafted by Hanson Robotics, Sophia the robot has been in development for over two years and has been trained to respond to different human emotions

Running out of things to say, Will pretended to see a whale in the sea before asking Sophia if her head ‘fogs up in this kind of weather’ as the date ended.

Crafted by Hanson Robotics, Sophia the robot has been in development for over two years and has been trained to respond to different human emotions.

And in the video outtakes, she can be seen asking Will several questions about his preferences, presumably to add to her bank of knowledge and dating repertoire.

While Will might have seemed a bit nervous about the date, Sophia was apparently unfazed – no doubt thanks to the fact that she is now a seasoned expert when it comes to dealing with the spotlight.

In October 2017, she dominated headlines after it was revealed that she had been granted legal citizenship in Saudi Arabia, making her the first robot to ever do so.

Since then she has appeared on magazine covers, taken part in numerous high-profile interviews, and even featured in lectures and talks around the globe.