Will the Covid vaccine protect people who had to shield?

Actress Sheila Hancock, 88, recently revealed that she has been warned that the treatment she receives for rheumatoid arthritis (RA) may affect the efficacy of her Covid-19 vaccine

More than half of the UK adult population has received the first dose of the Covid vaccine and, for the vast majority, that spells a passport to freedom — but that may not be the case for all.

People who have autoimmune disorders, where the immune system mistakenly attacks the body, and those who are undergoing cancer treatments, such as chemotherapy, or living with chronic kidney disease, for example, may need to take extra care long after the rest of us are set free as the level of protection they will receive from the Covid vaccination is unknown.

Actress Sheila Hancock, 88, recently revealed that she has been warned that the treatment she receives for rheumatoid arthritis (RA) may affect the efficacy of her Covid-19 vaccine.

‘I have been vaccinated twice, but I have rheumatoid arthritis and I take a lot of autoimmune injections and they have warned me possibly they might cancel out the vaccination, so I still have to be careful,’ she said in an interview.

Urgent trials are under way to determine how much protection those with impaired immunity due to disease or the medication they take will get from the vaccine.

Researchers will take blood samples from 5,000 people with, for example, kidney and liver disease, inflammatory arthritis and cancer before having a vaccine and some months after to see what level of immune response is generated.

The results of this study — the Octave trial — involving, among others, the Universities of Glasgow and Birmingham — are due later this year.

The study has implications for a sizeable proportion of the population — there are approximately half a million people in the UK with RA alone, and many other conditions are treated with immunosuppressant medication.

And although the shielding recommendation for those who are clinically vulnerable officially ended on April 1, they still need ‘to take the extra precautions’ set out by the Department of Health (even if they’ve had both doses of the vaccine). 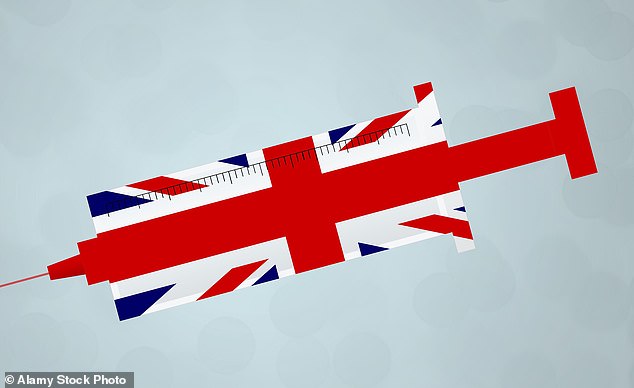 More than half of the UK adult population has received the first dose of the Covid vaccine and, for the vast majority, that spells a passport to freedom — but that may not be the case for all

These precautions include minimising social interactions, and — when people are allowed to meet indoors — keeping the area well ventilated (by opening the windows), avoiding peak hours on public transport, food shopping at quiet times and not car sharing with people from outside their household or bubble.

Ailsa Bosworth, 71, who has had RA for 40 years, is among those being advised by the Department of Health to take precautions despite having had a Covid jab.

That’s because of the treatments she takes for her RA, a condition where the immune system mistakenly attacks healthy cells in the body, causing inflammation and swelling, primarily in the joints. This can lead to crippling pain and distorts the joints.

Ailsa has needed 20 operations to date to replace the joints in her ankles, knees, hips and elbows. She has plates and screws in her neck, and has lost most of the sight in her right eye due to a complication of the disease.

To stop the RA causing further damage, Ailsa, who lives in Maidenhead, Berkshire, with husband Brian, 78, and is the national patient champion for the National Rheumatoid Arthritis Society, injects herself each week with methotrexate, an immuno-suppressant drug, as well as anti-TNF which targets a protein called tumour necrosis factor that causes inflammation.

When the pandemic hit in March last year, she was among the four million people in the UK judged to be so vulnerable that they had to shield, and has done ever since.

‘I work from home, don’t go out except for a walk if my feet are up to it and my husband Brian does the shopping,’ she says. ‘Anything that comes in the house either goes into quarantine for 72 hours or gets wiped down with anti-viral wipes. I felt if I caught Covid, it wouldn’t be good news.’ 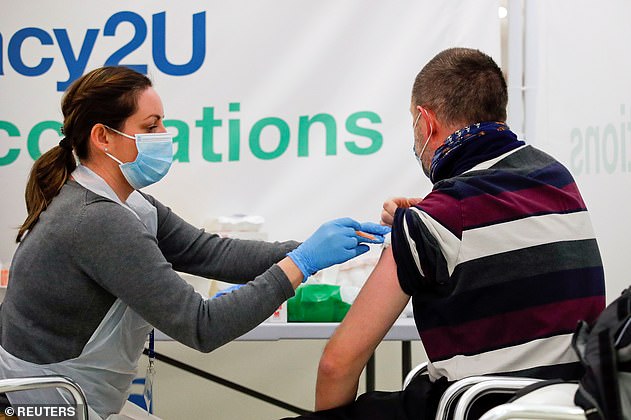 Another group of patients for whom the jab may not work as well are those with chronic kidney disease. Most people with severe kidney disease have impaired immune function, including those on dialysis, those with a kidney transplant and those taking drugs to suppress the immune system for certain types of kidney disease

After almost a year of living this way, Ailsa was delighted when she received the call in February asking her to come for her first dose of the AstraZeneca vaccine. ‘I couldn’t wait to get it,’ she says. She is awaiting her second dose, due in early May.

In March, Ailsa received a letter from the Department of Health telling her shielding was officially ending and giving new guidance for clinically extremely vulnerable people to continue to wear masks, social distance and limit social interaction.

‘I won’t take any risks before I have the second dose — I’m only seeing close family in the garden under the rule of six,’ she says.

‘I was told that it’s likely the Covid vaccine won’t give people like me who are on immunosuppressant medication as much protection as it would if we weren’t.

‘But it’s giving you a level of protection, which is better than not having the vaccine at all.’

RA treatments prevent the immune system attacking itself and causing ill health, but also impair its ability to form ‘new protective immune responses, including to vaccines’, says Dr Matthew Buckland, an immunologist based in London and member of the British Society for Immunology.

‘So people on immune suppression are susceptible to infection, period, and they will also, to a variable degree, respond less well to vaccination.’

‘All the current vaccines are approved for use in immuno-compromised individuals, and there is no significant risk of harm from the vaccine,’ he says.

‘But there is a risk the vaccine won’t work as effectively if you are immunosuppressed. If your immune function is suppressed, you won’t be able to mount a very strong immune response to the vaccine — antibody levels induced by the vaccine will be lower.

‘But the immune response should still be good enough to provide protection from infection, particularly after the second jab.

‘The second booster vaccination is important for people generally, but even more so for folks who are immuno- compromised in any way, who may get a lower antibody response from the first dose.’

Another group of patients for whom the jab may not work as well are those with chronic kidney disease. Most people with severe kidney disease have impaired immune function, including those on dialysis, those with a kidney transplant and those taking drugs to suppress the immune system for certain types of kidney disease.

Pharmacist Farhan Nawaz, 35, from Sutton Coldfield, Birmingham, was diagnosed with kidney failure in May 2019 and is on haemodialysis three times a week, where he is connected to a machine to clean his blood of toxins that his own kidneys cannot clear.

Farhan was admitted to hospital with Covid-19 last March and, although he had his first vaccine dose in February, he says he will continue to take measures to protect himself. ‘Having Covid was a horrible time and I still have nightmares, waking up in the night thinking about it,’ he says.

‘It was a no-brainer for me to have the vaccine, but I’ll still take precautions, such as wearing masks and washing my hands, as we’re not 100 per cent certain of the effectiveness or the durability of the vaccine response.’

Kidney Research UK and the National Kidney Federation are teaming up to fund a new research study to find out how well Covid-19 vaccines work specifically in people who go to hospital for their dialysis treatment.

‘We don’t yet know how well kidney patients respond, how much protection they offer for kidney patients and how long it may last,’ says Sandra Currie, chief executive of Kidney Research UK.

‘With other vaccines such as flu or hepatitis B, the degree of kidney disease or whether someone is taking immunosuppressants means they don’t always work as well as they should.’

Ailsa Bosworth is reconciled to the fact that, even when things open up for the rest of us, her life may not change much.

‘I will carry on working from home until we are at a stage where all of the population have been vaccinated,’ she says. ‘There are still people dying every day [of Covid] and you can’t ignore that.’

But as more adults with a normal immune response get vaccinated, the more it protects immuno-suppressed patients or the small group of patients — who, for example, have an allergy to one or more of the constituents — and are unable to take the vaccine.

Dr Buckland adds: ‘Even if people who have been shielding can’t make a great response [to the vaccine], once we get all adults vaccinated, fewer people around them are likely to get coronavirus, and that will indirectly protect them.

‘There is a cautious path towards a more normal life for people living with immunosuppression.’

Storm in a teacup

The downside of a hot drink. This week: Nosebleeds

The lining of the nose contains tiny blood vessels that lie close to the surface and can be easily damaged.

Steam can cause these vessels to expand, leading to weakening or rupturing, says Henry Sharpe, a consultant ear, nose and throat surgeon at East Kent Hospitals University NHS Foundation Trust.

Waiting for a drink to cool so there is no steam will help prevent this, and if you have had a nose bleed recently, avoid hot drinks for at least 24 hours to allow blood vessels to settle down.