It sounds pretty simple for Liverpool. Get a point away at Red Bull Salzburg on Tuesday night in order to qualify for the last 16 of the Champions League.

But in reality it’s a lot more complicated. Jurgen Klopp’s men might be runaway leaders at the top of the Premier League this season, but it hasn’t all been plain sailing. At the weekend, they kept their first a clean sheet since beating Sheffield United in September.

Plus, up front for Salzburg will be Europe’s hottest prospect Erling Haaland, a prime target for Manchester United, Borussia Dortmund, and anyone else with ambitions of finding a super striking talent, who is averaging over a goal a game at the moment.

He has four hat-tricks this season and is gunning for another tonight.

Will Erling Haaland continue his form and terrorise Liverpool’s defence on Tuesday night? 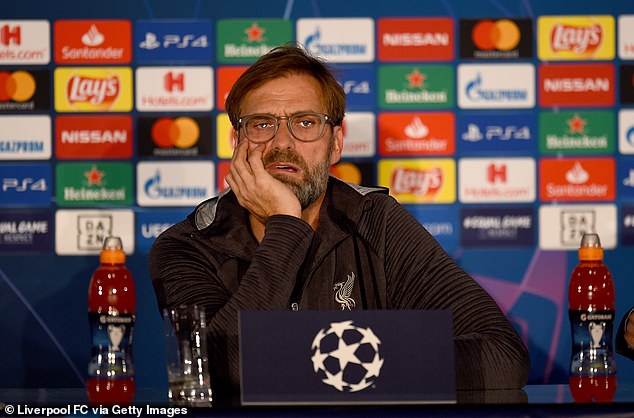 Group E is wide open, with various results meaning any one of Liverpool, Salzburg, or Napoli can go through to the next round.

There are plenty of ways things can go wrong for Liverpool, so the pressure is building as we head into the game.

A group stage exit for the European champions would be embarrassing, especially if they are downed by a man who could soon be a Manchester United player.

If Liverpool get a win, they’re unreachable at the top of Group E. They’re currently on 10 points, with Napoli just behind on nine, and Salzburg playing catch-up with seven. A draw would be fine too, resulting in Liverpool and Napoli going through to the next round.

However, a loss would almost certainly be the knockout blow. Liverpool beat Salzburg 4-3 at home, so any defeat is likely to put them below the Austrian side in the group rankings on their head-to-head record – assuming tonight’s game doesn’t end as a single-goal home win with three or more goals for the Reds.

Liverpool would need Napoli to lose at home to Genk, an unlikely scenario given the Belgians only have one point so far. 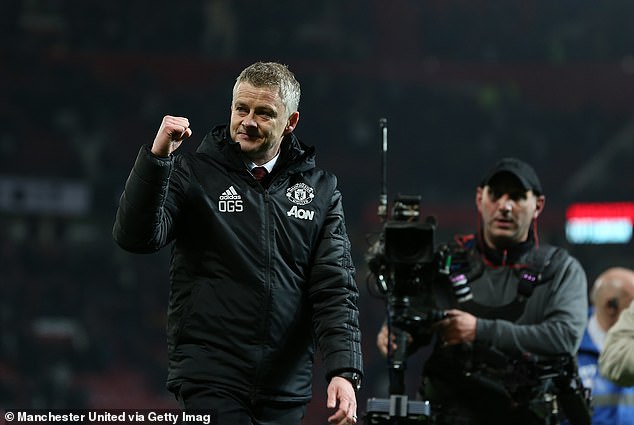 Klopp will be hoping things aren’t as complicated as that.

But Salzburg’s goal scoring wonderkid Haaland will be looking to make things as difficult as possible for Liverpool’s defence, who have been bailed out by their potent attacking force multiple times this season.

More than 10 European clubs are already thought to be eyeing Haaland, including United, Chelsea, and Arsenal. They’ve all been put on high alert after it emerged he has a £17million release clause built into his contract, a bargain considering he has been valued in excess of £60m. 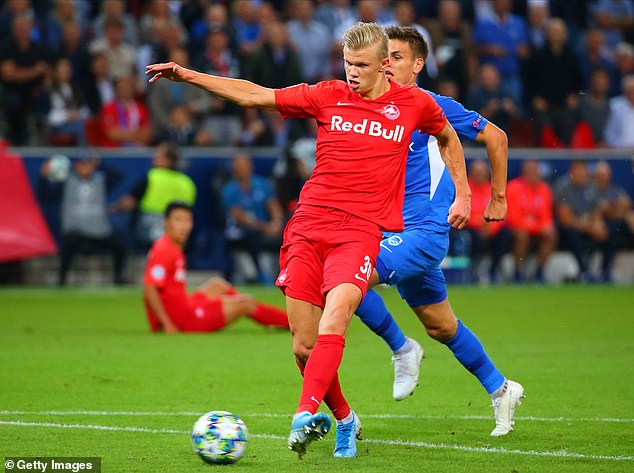 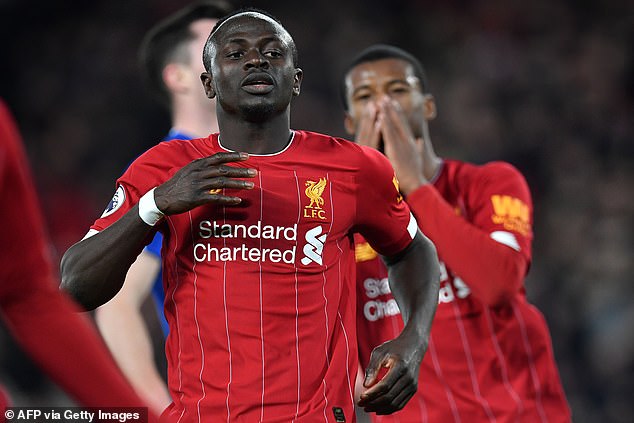 Someone will probably lure the 19-year-old away in January if Salzburg go out, but it remains to be seen where he’ll go. One bonus United have is that boss Ole Gunnar Solskjaer worked with him during his time at Molde.

Reports have surfaced that sister club RB Leipzig would have first refusal on the Norway international, should he leave, something that Salzburg’s sporting director Christoph Freund denies.

Haaland has scored 15 goals in 13 appearances in the Austrian Bundesliga so far this season, and has eight in five in the Champions League, including a hat-trick against Genk.

He’s not all about the goals either, as he’s picked up seven assists along the way as well.

If he can continue this impressive form against arch rivals Liverpool, United fans will be even more interested in his services.

They’ve already been impressed with his war of words on the Reds. He said recently that although Liverpool are ‘the world’s best team,’ he is confident Salzburg can knock them out of the competition if they play well at home.

On Monday, he spoke of how his club will play with a ‘free mind’ and his confidence in scoring against Klopp’s leaky defence. 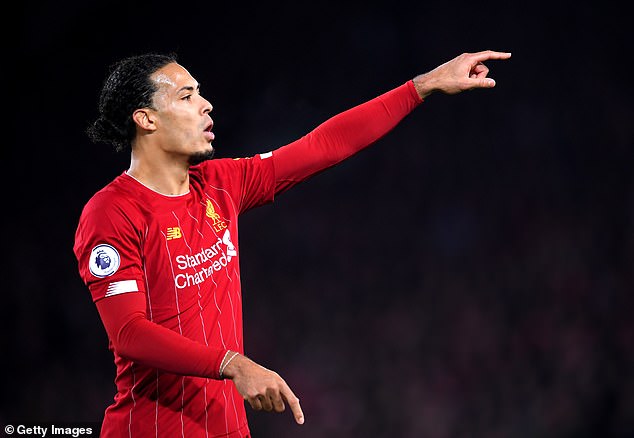 Liverpool aren’t letting in that many goals, but are still struggling to keep clean sheets

Liverpool have struggled to keep clean sheets this season, although they still have the second best defensive record in the Premier League.

Haaland may be able to find some joy, but Salzburg also have the even tougher job of keeping Liverpool out. The last time Liverpool failed to score was against Napoli in the first game of their Champions League campaign.

Even if they go out, Liverpool are at least guaranteed a last-32 spot in the Europa League, but that will be little consolation if things go wrong tonight. 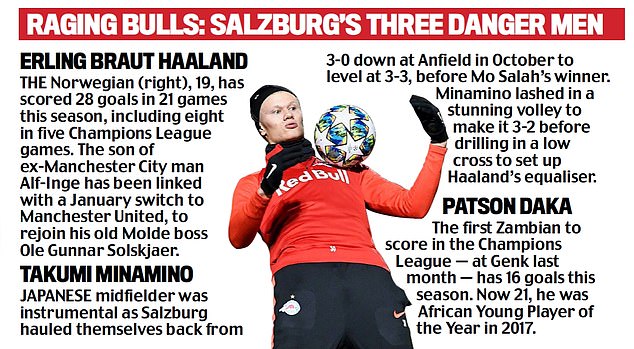