If a man is known by the company he keeps, William Boyd can relax. One of Britain’s most brilliant and versatile authors, Boyd was buddies with David Bowie, went to school with Prince Charles and has befriended three James Bonds. Recently, he turned his hit novels Any Human Heart and Restless into award-winning screen adaptations starring Jim Broadbent, Michelle Dockery and Charlotte Rampling.

The first-floor sitting room in Boyd’s elegant terrace house in Chelsea, West London, offers some clues to his lucky life. Near the fireplace is a hefty tome with Bowie’s face on the front. The pair first met in 1995, as ‘the new boys’ on the editorial board of art magazine Modern Painters. Boyd is an able artist, a passion he shared with Bowie.

If a man is known by the company he keeps, William Boyd can relax. As well as 14 novels, five short story collections and three plays, he has written 17 screenplays.

‘In the world of Modern Painters, he just became David Jones,’ says Boyd, a fit and friendly 65. ‘He was very self-effacing and actually quite nervous.’ In 1998, Bowie published Boyd’s elaborate hoax, Nat Tate: An American Artist, an account of a fictional expressionist presented as real-life biography. Bowie wrote the introduction, attended the launch and relished the prank. In private, Boyd recalls a book-devouring auto-didact whose brain didn’t have an ‘Off’ button.

‘Chatting with him over a cup of tea, he always wanted to talk about a serious subject: “Why are there no great women composers?” or something. You wanted to say sometimes, “Lighten up, let’s talk about the weather!” There was a sense that he was looking always for the thing that would fulfil him absolutely.’

Their friendship had strict parameters. ‘He was a very private man,’ says Boyd. ‘I never went to any of his homes. If I wanted to get in touch, I would call someone in New York, who would pass it on. Once, when he was living in Switzerland, I had to write to a pseudonym, a Mr Mueller. It was very strange. But when you hung out with him, he was delightful and charming.’

Did he know Bowie was dying? ‘I knew he wasn’t in good health for quite a long time. He had something like seven heart attacks, which he kept very quiet about. He was a massively heavy smoker when I knew him, constant chain-smoking, but he looked remarkably fit and well. He stopped travelling, and that’s when I stopped seeing him. He led a hermetically sealed existence in the last years of his life.’ 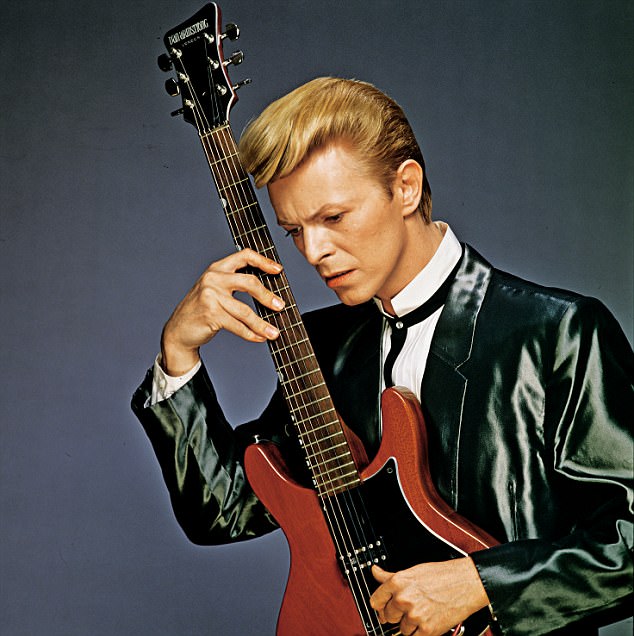 Boyd remembers a very active mind in David Bowie. ‘Chatting with him over a cup of tea, he always wanted to talk about a serious subject’

Boyd also shares Bowie’s love of cinema. As well as 14 novels, five short story collections and three plays, he has written 17 screenplays. ‘I probably know more actors than novelists,’ he says. ‘The hang-out factor is pretty good, sitting in a trailer talking to Charlotte Rampling. The novel world doesn’t quite match.’

His Bond credentials are particularly impressive. By the time Boyd was invited by the Fleming estate to write a new 007 novel, Solo, in 2013, he was friendly with Pierce Brosnan (with whom he worked on Mister Johnson), Daniel Craig (The Trench) and Sean Connery, who starred in the film adaptation of Boyd’s first novel, A Good Man In Africa. ‘I had friends in the Bahamas,’ he says. ‘Sean and his wife, Micheline, were neighbours, and would come to dinner. It was extraordinary: the King of Scotland, right there. I got Sean the script of A Good Man In Africa and he loved the role of Dr Murray, but he drove a hard bargain! It was a nice association. He became a great supporter. I’d send him books and he’d ring me up.’

One story in his new collection, The Dreams Of Bethany Mellmoth, lampoons the venality of the movie industry. Boyd smiles. ‘Bitterness, cynicism, the absence of basic good manners, people treating you like a piece of s*** – it all seems to be acceptable in that world. There are funny, delightful, amusing people, and there’s a very seamy, unpleasant side.’ 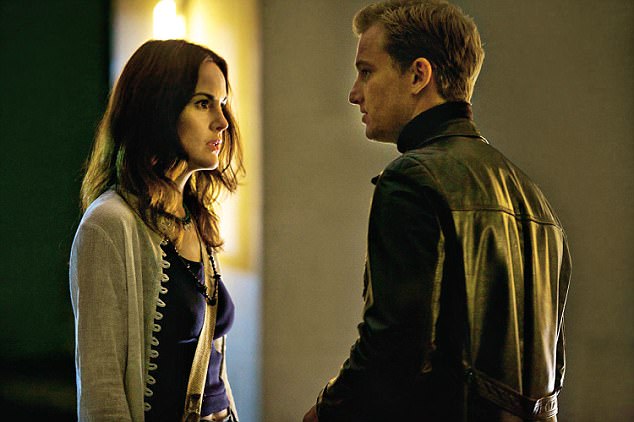 It’s a hot topic, with the allegations of sexual misconduct currently surrounding Harvey Weinstein, among others. ‘I never met Weinstein, but I know many people who have worked with him, and there’s no doubt it was an open secret. Lots of anecdotal chit-chat, “Did you hear what Harvey did?” On the producing side, he was known as Harvey Scissorhands. He’d buy your film and never release it, or let it sit for six months in a cutting room. That bullying persona was part of his working practices as well as his leisure pursuits. It’s all about power.’

Boyd was born and raised in West Africa, where his Scottish father worked as a doctor. Before he was ten, he was sent to Gordonstoun. ‘Almost the whole Sixties I was at a single-sex boarding school in the north of Scotland,’ he sighs. Not long after he arrived, Prince Charles showed up.

‘Charles is four years older, but he overlapped with me. He was treated like everybody else – absolutely. It’s no secret that he didn’t enjoy his time there. It was an eccentric school. We lived in conditions of incredible primitiveness. Freezing cold rooms, revolting food, wearing shorts all through winter. I began to feel like a Soviet dissident in internal exile. Life was going on elsewhere. When can I get out? Gordonstoun is a different place now. It’s co-ed and a thriving international school.’

Another story in Bethany Mellmoth concerns an author taking elaborate revenge on the critic who gave his novel a pasting. Does Boyd fume over bad reviews, or fret that, for all his many prizes, he has yet to win the Booker? ‘I’m genuinely unbothered,’ he says. ‘Reviews and prizes are part of the side show of the writing life. What you want are readers.’

Boyd has no shortage of those, having sold more than two million books worldwide, and is justifiably proud that 36 years after publication, A Good Man In Africa remains in print. Each novel takes three years to complete, from the glimmering of an idea. I spend twice as long figuring the book out, fiddling in notebooks, travelling, researching. When I finally know how it’s going to end, I start. It’s usually nine months to a year of writing.’ He’s currently completing his 15th novel, ‘which may explain this slightly glazed look’. 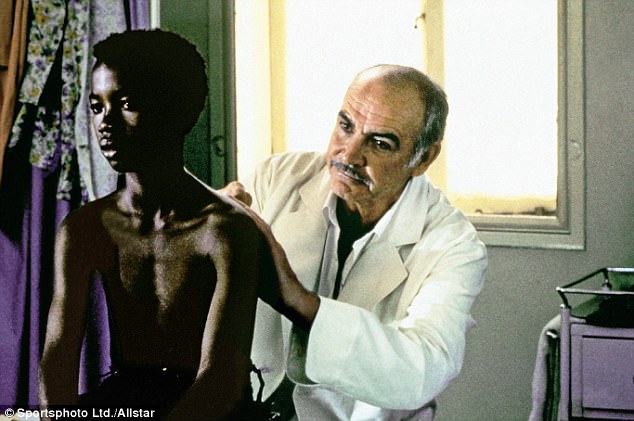 Sean Connery in A Good Man In Africa. Boyd was born and raised in West Africa, where his Scottish father worked as a doctor

As he shows me his study, which resembles a well-stocked library in the aftermath of a small explosion, his wife, Susan, pops in to say hello.

‘The tormented artist is a romantic view of creation,’ he reckons. ‘I’m totally serious about what I do, but it’s self-indulgent to allow your moods or frustrations to dominate your family life. You can’t be a writer every waking hour. You have to pop out to the shops, and then you become a citizen.’

‘The Dreams Of Bethany Mellmoth’ (Viking) is out now