The Warwickshire tourist town has been officially named under an ‘Infidelity Index’ as the place where a husband or wife is most likely to have an affair.

The market town where the Bard was born in 1564 has 1,047 locals cheating out of a population of 27,455, according to a study into the behaviour of unfaithful partners.

Researchers created thee interactive ‘Infidelity Index’ and came up with a table of 150 cheating hotspots across the UK.

Statford-upon-Avon in Warwickshire (pictured here, Holy Trinity Church in the town) has been named Britain’s capital of adultery 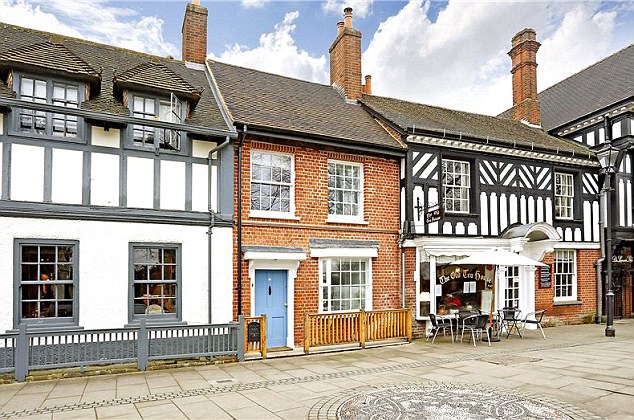 It means that users can now search a town or postcode to discover how many people are having affairs in any locality.

Beaconsfield in Buckinghamshire came third with 408 cheats (3.4 per cent of the population).

Many of the towns with the highest numbers of cheats are wealthy areas in the south of England.

The most ‘faithful’ town was Wigan in Greater Manchester – just 0.14 per cent of residents are cheating.

Stratford-upon-Avon is one of the UK’s tourism hotspots with 2.5million visitors a year. 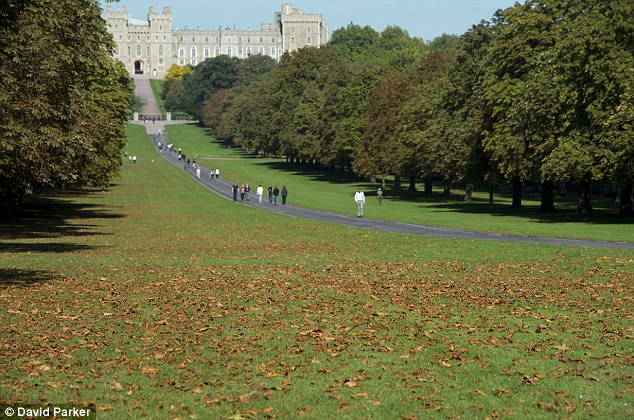 Windsor in Berkshire (pictured) was fifth on the list with 2.08% of population cheating on their partners 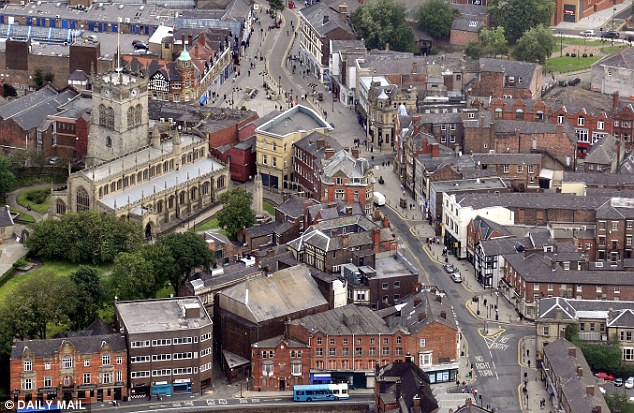 The figures were compiled by IllicitEncounters.com, a dating website for married people and are based on its own data on the numbers of Britons cheating.

Since its inception 15 years ago, more than 1million people have registered with the site and it is claimed 20,000 people in the UK are cheating on their partners every week.

Christian Grant a spokesperson for IllicitEncounters.com said: ‘We are increasingly popular in commuter towns like Stratford-upon-Avon, Harrogate, Wilmslow, Beaconsfield and Esher. Cheating in suburbia has never been more popular.

‘We provide an outlet for men and women who would have an affair whether we were there or not.

‘In coming to us, they can be assured of meeting a like-minded partner seeking some added excitement in their life who doesn’t want to upset things at home.’

The website said it has seen a 20 per cent surge in registrations in the last five years because many couples simply cannot afford to divorce due economic pressures and sky high house prices. 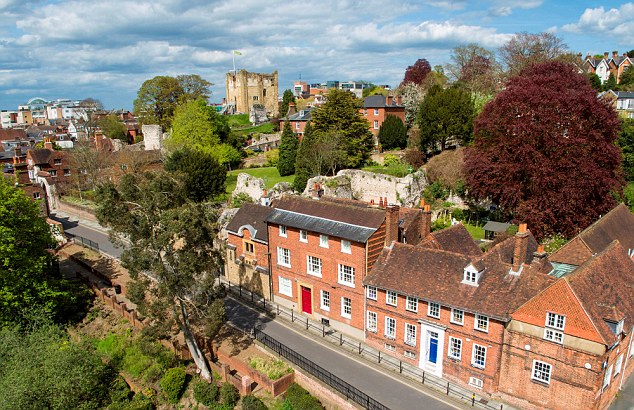 Guildford, Surrey, (pictured) was voted 14th on the list after 1,420 cheated (1.84 per cent of the population) on their partners

Mother-of-two Louise Van Der Velde, 43, from Harrogate in North Yorkshire – 28th in the Infidelity Index with 1,098 cheats (1.49% of the population) – said has had 80 affairs with married men via the website following the sudden death of her husband.

She said: ‘Sex in the suburbs has never been more popular. We have a whole generation of unhappy couples stuck together because property prices have made it impossible for them to move on and start new lives.

‘They are staying in unhappy marriages and getting their kicks elsewhere. I moved to Harrogate a few years ago and it is typical of the posh commuter towns where cheating is absolutely rife.

‘ It is one of the wealthiest towns in Yorkshire and has lots of rich people commuting to big local cities like Leeds and York.

‘I had previously lived in Surrey commuter belt where cheating was also popular but it is even easier to meet people in the north.

‘I tend to find that northern men are a little bit more up front than southerners. They make it absolutely clear what they are after in the first 20 minutes of a date.

‘That suits me because I’m from Yorkshire and I prefer to call a spade a spade.’

Full list of the UK’s most adulterous towns can be found here – https://www..illicitencounters.com/map/standalone

Five most faithful towns in UK