Williams refuses to blame injury after crashing out of Australian Open

Serena Williams refused to blame a jarred ankle after suffering a remarkable Australian Open collapse in the quarter-finals against Karolina Pliskova.

From a set and a break down, the title favourite turned things around to lead 5-1 in the deciding set and had four match points but lost six games in a row to fall to a 6-4, 4-6, 7-5 defeat.

Williams had her first match point at 5-1 but, after being called for a foot fault on what appeared to be an ace, she jarred her left ankle and did not win another point on serve during the match. 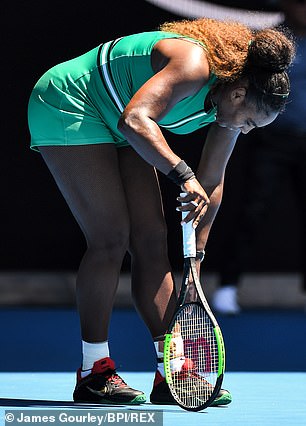 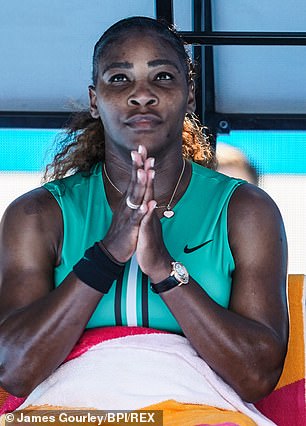 The other three chances came with Pliskova serving at 4-5 but the Czech was rewarded for bravery on her forehand, and Williams insisted afterwards it had been her opponent who had won the match rather than she who had lost it.

Williams said: ‘There’s nothing I did wrong on those match points. I can’t say that I choked. She literally played her best tennis ever on those shots.

‘I don’t really take losses well. But Karolina played lights out starting 5-1, 40-30. Literally, I’ve never seen anything like it. If anything, I think that’s a little bit easier to know, OK, next time I’m up 5-1 against anybody, I just need to make sure I play lights out when I have match points.

‘It’s little things like that that I used to do, always do, that I need matches to know that, OK, this is when you go psycho.’

Pliskova was happy to agree with Williams, saying with a smile: ‘I’m not going to go against Serena.

‘Normally I’m having lot of comebacks, but maybe from being a set down or a break down, so nothing like this. I think it’s going to be the best comeback ever so far in my life.’ 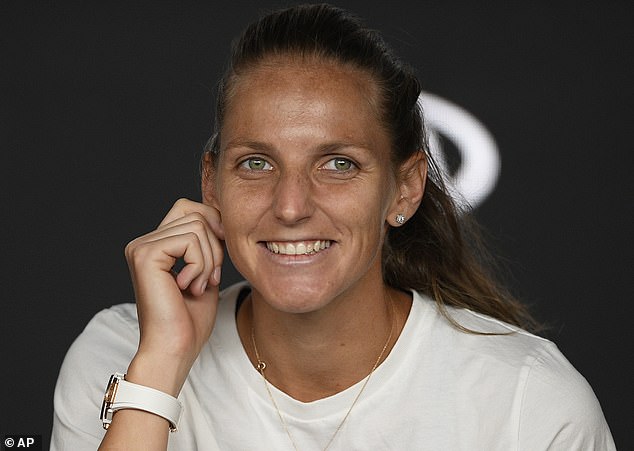 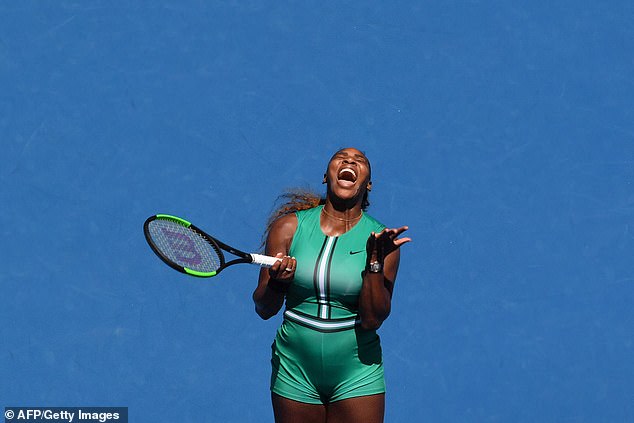 Having won her 23rd grand slam singles title in the early stages of pregnancy here two years ago to move within one of Margaret Court’s record, the pursuit of 24 has been a crazy rollercoaster.

After losing in the final of her second slam back at Wimbledon to Angelique Kerber, Williams then suffered her infamous meltdown in New York in the US Open final against Naomi Osaka.

Now comes this unexpected setback, and the 37-year-old said: ‘It’s definitely not easy for me. From day one, I expect to go out and, quite frankly, to win. That hasn’t happened. 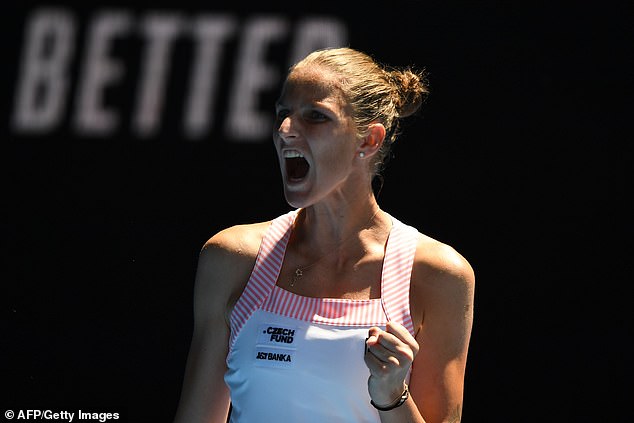 ‘But I do like my attitude. I like that I don’t want to go out here and say, I expect to lose because I had a year off. It hasn’t happened yet, but I feel like it’s going to happen.’

This was Pliskova’s second high-profile victory over Williams at a slam after she also won their semi-final meeting in New York in 2016 to reach what is so far her only final.

The straight-talking 26-year-old stands out for her refusal to be intimidated by Williams, and she said: ‘I think maybe she didn’t expect it from the beginning. She looked like she was a little too passive. Then she just went for it because I believed from the first ball I can win. I think that was the biggest victory for me today.’

Even Pliskova’s belief was tested at 1-5, with the Czech admitting in her on-court interview that she was almost in the locker room. 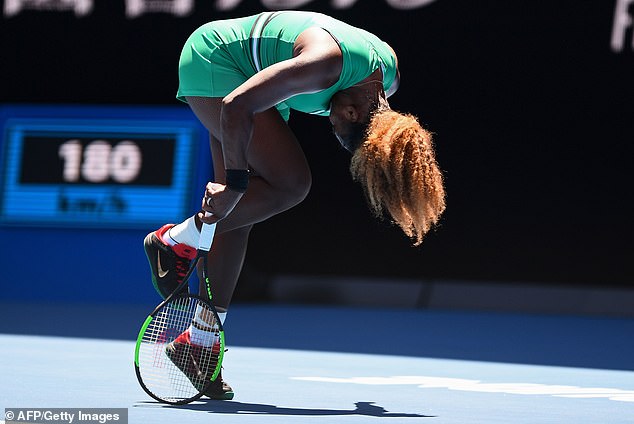 ‘This is I think not happening often, maybe once in life,’ she said later. ‘But I went for it. Maybe this can be over, but let’s just try this game. I was with the wind, which kind of helped me a little bit. I just went for my shots.

‘For sure it was in her head. Lot of things happened. I saw a chance and I just took it.’

In the last four, Pliskova will take on fourth seed Osaka, who extended her winning run at the slams to 12 matches with a 6-4 6-1 victory over Elina Svitolina, who was hampered by pain in her shoulder and neck.

The Japanese player is now in pole position to take over as world number one at the end of the tournament, although intriguingly Pliskova and Petra Kvitova are also still in contention.