Serena Williams has said she will carry on fighting for equality until the day she dies, during an emotional press conference following her Wimbledon final defeat today.

The 23-time grand slam winner, 37, was responding to recent comments made by American former World No. 1 professional tennis player Billie Jean King, 75, and others.

She was asked to respond to suggestions she ‘should stop being a celebrity for a year and stop fighting for equality and just focus on the tennis.’

To which she responded: ‘Well, the day I stop fighting for equality for people that look like you and me will be the day I’m in my grave.’

Williams had been poised to win her first title as a mother and equal the record for Grand Slam women’s wins – currently held by Margaret Court with 24 titles. 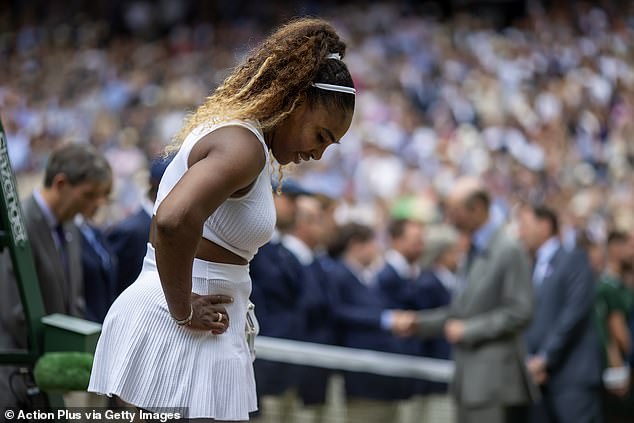 Williams she lost out to Romanian Simona Halep, 27, despite being cheered on by Meghan Markle who put her hands to her face whenever her friend dropped points 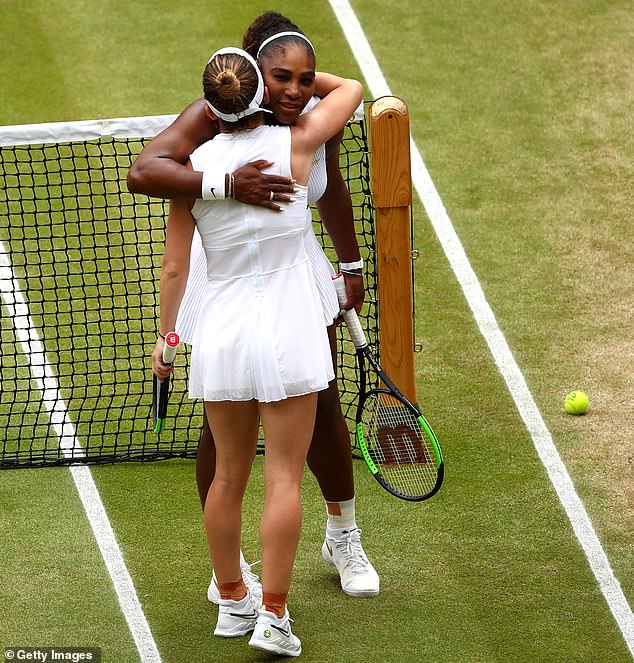 But she lost out to Romanian Simona Halep, 27, despite being cheered on by Meghan Markle who put her hands to her face whenever her friend dropped points.

She has been outspoken about her fight for gender and racial equality for many years.

In 2016, she wrote an open letter for Porter Magazine addressing the issue, in which she said: ‘Too often women are not supported enough or are discouraged from choosing their path.

‘I hope together we can change that. For me, it was a question of resilience. What others marked as flaws or disadvantages about myself – my race, my gender – I embraced as fuel for my success.’

And in 2017, again wrote about it in Fortune saying: ‘I want to bring my perspective and experiences as an athlete, an entrepreneur and a black woman to the boardroom and help create a more inclusive environment in this white, male-dominated industry.’

The Duchess of Sussex is a close friend of Williams, who organised her baby shower earlier this year. She watched the game from the Royal Box 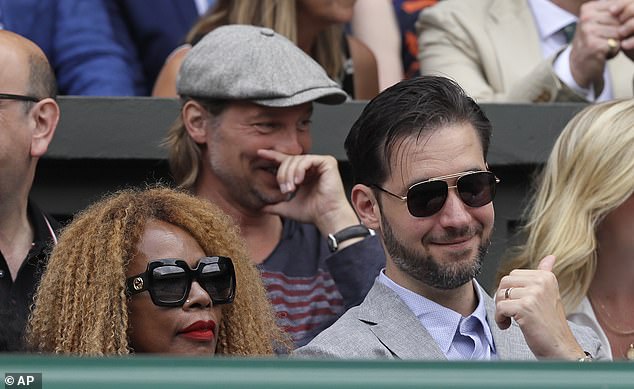 Alexis Ohanian, Williams’ husband and a co-founder of Reddit who has an estimated net worth of $70million, sat next to her mother Oracene Price in the players box

While the prize money for male and female players at grand slam events are the same, it is not the case in other Association of Tennis Professionals and Women’s Tennis Association tournaments.

‘They [women] deserve it. They also deserve it on the WTA Tour… I know they’re lagging a little bit. That would be nice to see it going up,’ Federer said.

In January, Williams said ‘uncomfortable’ public conversations were necessary to achieve equality when it came to prize money. At some events, women can receive less than half than their male counterparts.

‘For change to really be made, men and women have to work together, they have to have the same message, they have to support each other,’ Williams said.

‘As many people as we can get to support us, that’s what it’s going to take.

‘We still are fighting for equal prize money at all events across the board. I think that’s something that we’re going to continue to do, continue to fight for.’ 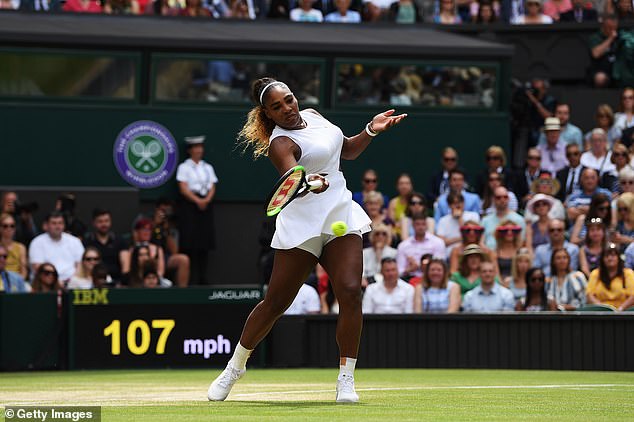 Williams took on Simona Halep on Centre Court at Wimbledon this afternoon, but failed in her bid to win her first title since becoming a mother 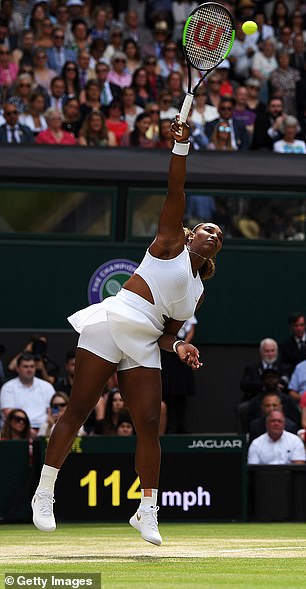 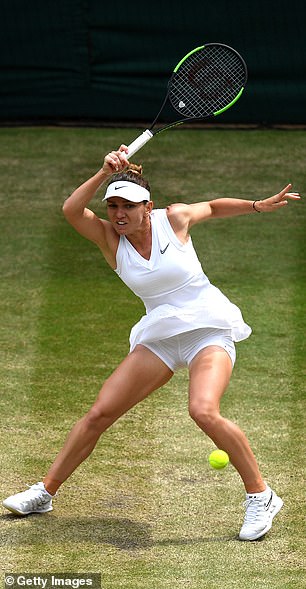 The odds were against Halep, who has been defeated by Williams nine times in their 10 previous matches

Williams was also today asked about her relationship with Meghan Markle, who she has been friends with since 2010 when they met at a Super Bowl party.

Asked what it was like to have Meghan supporting, Williams said: ‘Having her in general as a friend is great.

‘She’s such a great friend and a great person as well. Always positive no matter what. It’s so good to have people like that just to know.

‘She’s such a fan of the sport and she too is happy for Simona. She saw that she played unbelievable and that’s the kind of person she is.’

The Duchess of Sussex, 37, and Williams have worked together to campaign for equality and other projects close to their hearts. The pair are also friends with Oprah Winfrey.

Prince Harry is currently working alongside Oprah Winfrey on a documentary for Apple TV focusing on mental health.

Williams and her husband Alexis Ohanian – the co-founder of reddit – attended Meghan’s royal wedding in 2018 and Serena even threw her a baby shower before Prince Archie was born.