After resting on Thursday following their 3-0 Champions League Group B away defeat at the hands of PSG, Bayern’s first team were back at the Saebener Strasse performance centre to prepare for a weekend visit to Hertha Berlin.

Despite their thrashing in Paris and the subsequent dismissal of their former leader, Bayern’s players appeared to be in good spirits as they were put through their paces. 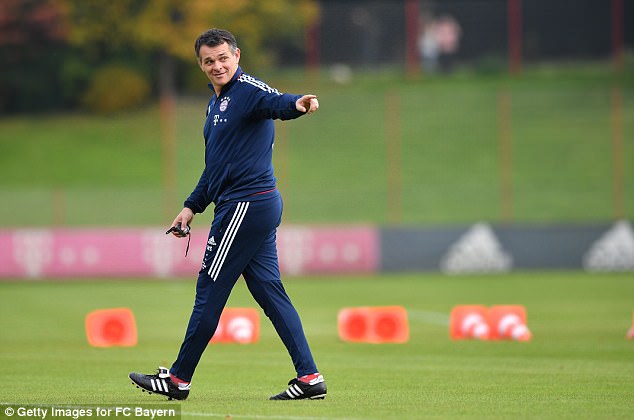 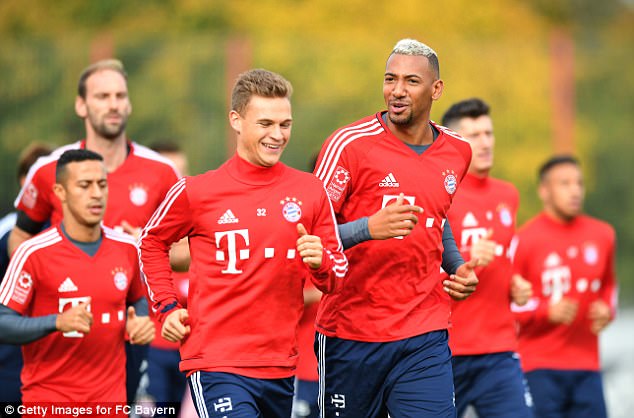 Despite Ancelotti’s exit and having lost 3-0 to PSG this week, the players looked fairly happy

Joshua Kimmich, Corentin Tolisso and Sebastian Rudy were seen sharing a joke, while James Rodriguez and Arjen Robben watched on amused as David Alaba and Thiago Alcantara tried to prise the ball out of Franck Ribery’s grasp.

But the players did give Sagnol their full attention as the 40-year-old addressed his squad for a team briefing.

Sagnol, who won five Bundesliga titles and one Champions League during his playing days as a right back for Bayern, dished out some one-on-one advice to midfielder Arturo Vidal.

Vidal has been a busy man this season and has already picked up five yellow cards in just eight matches. 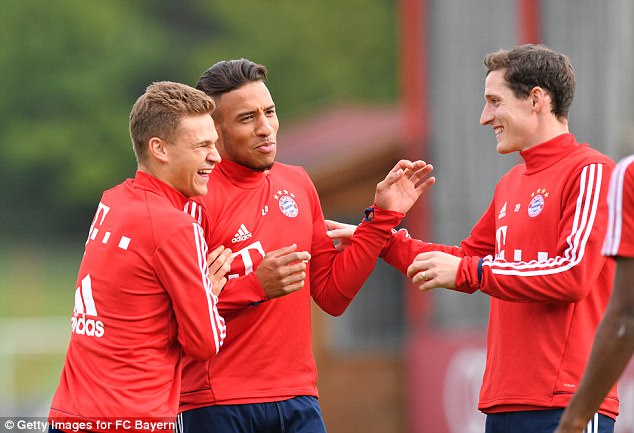 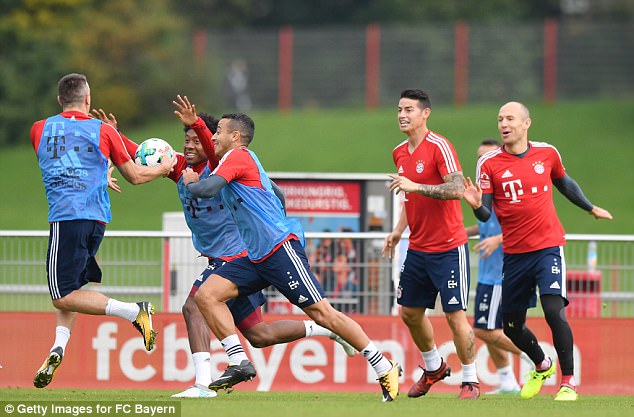 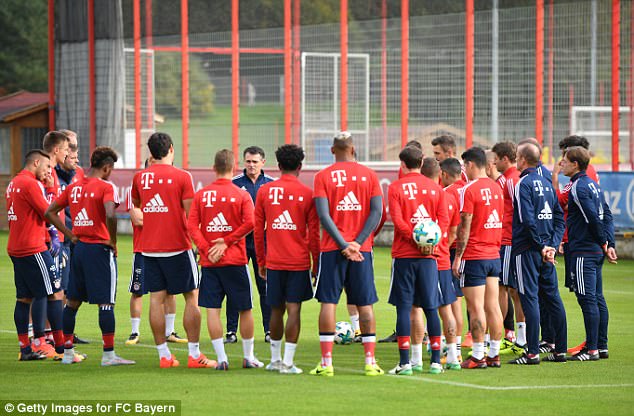 Still, players appeared to listen keenly and seriously when Sagnol addressed them as a group

Manchester City manager Pep Guardiola, who won three league titles in as many seasons as Bayern boss between 2013 and 2016, has expressed his disappointment at Ancelotti’s premature departure from the Allianz Arena dugout.

Guardiola said: ‘I have a big appreciation for Carlo Ancelotti, also for Bayern Munich. When a manager is sacked from a team we are close to the other manager.

‘I am regretful. Where I am now is thanks to Bayern Munich. I am grateful to them for giving me the opportunity.

‘And for Carlo Ancelotti, I wish him a lot of luck for the future.’ 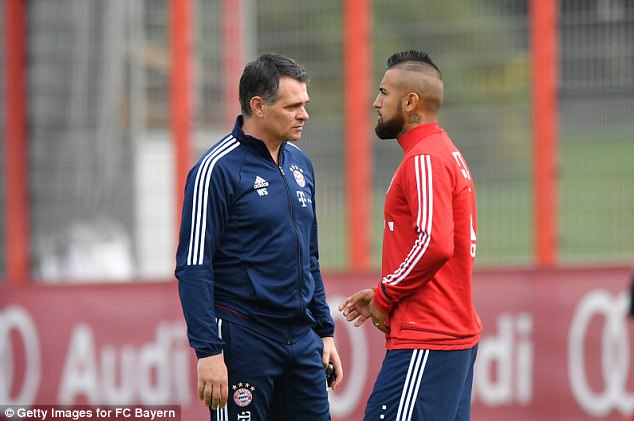 Sagnol spoke directly to midfielder Arturo Vidal, who has been booked five times this season 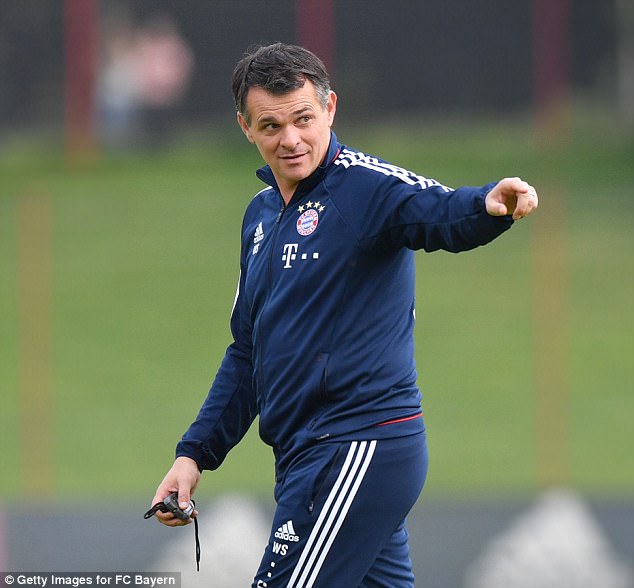 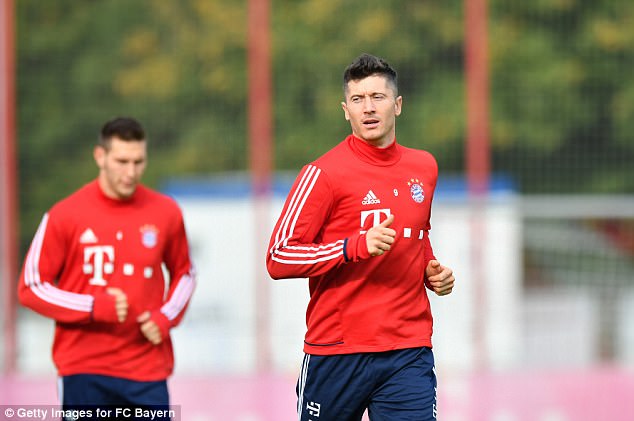