‘How dare you use him for political gain’: Young Liberal’s close mate lashes out at Christian activist as he pushes for drag queen storytime ban days after Wilson Gavin’s death

Wilson Gavin in a photograph released by his family this week

A friend of Wilson Gavin has lashed out at a family values activist for pushing for a ban on drag queen storytime for children in the wake of the young man’s death.

Mr Gavin, 21, was found dead on Monday in Chelmer, south of Brisbane’s CBD, after he and about 15 activists demonstrated a reading at a city library.

His parents and two sisters released a powerful and eloquent statement overnight expressing their respect for the ‘unwavering strength of his convictions’.

But as a funeral was being organised, activist Lyle Shelton, the former director of the Australian Christian Lobby, pushed a petition calling for the event to be canned. 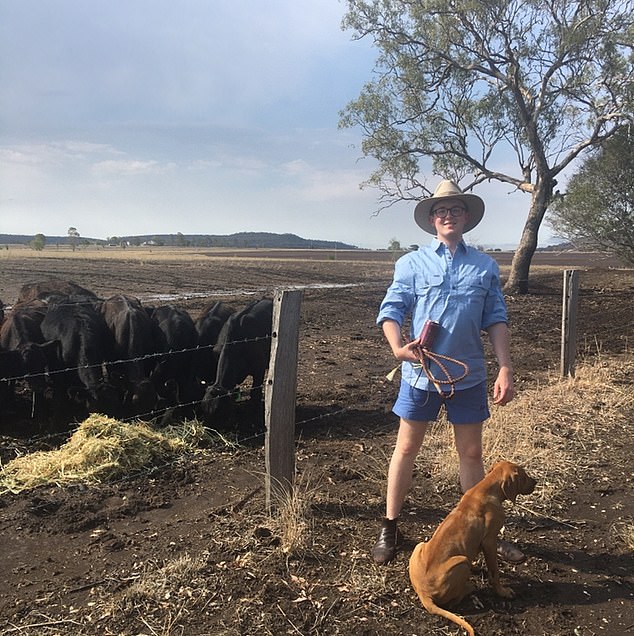 Mr Gavin was found dead in Chelmer, south of Brisbane’s CBD, on Monday morning. His friends have remembered him as a ‘glorious troublemaker’ and ‘genuinely irreplaceable’

When commentator Peter Ford asked Mr Shelton about the timing of his campaign – given the young man hasn’t been laid to rest – he admitted he hadn’t sought permission from Mr Gavin’s family.

‘That’s a reasonable point and no, permission was not sought by me,’ Mr Shelton tweeted.

‘What is being done to children in Australia by activists is so egregious it needs to be taken on.

‘There is not good time & there has been too much silence for too long.’

Mr Gavin and friends at the University of Queensland’s Liberal National Club were protesting ‘drag queens for not for kids’ the day prior to his death. Drag queen storytime involves two performers reading to children with their parents, described as a way to encourage inclusion and tolerance.

The petition Mr Shelton is backing claims ‘the sexual nature of drag queen entertainment is inappropriate for children’ and ‘the use of our public libraries for such events is a divisive practice rather than inclusive.

In a separate blog post, Mr Shelton then took aim at the two drag queen performers involved, saying Mr Gavin did ‘nothing wrong’ in his protest and describing the performances as ‘dangerous’. 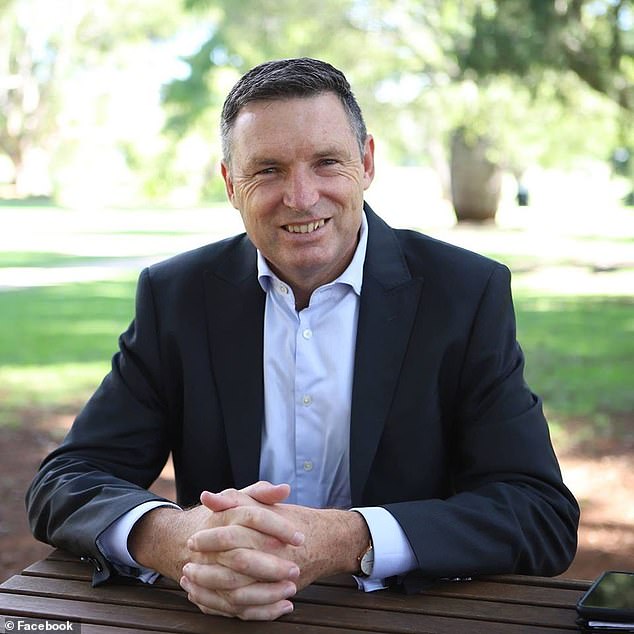 Lyle Shelton, the former managing director of the Australian Christian Lobby, was criticised by one of Mr Wilson’s close friends

His blog post sparked a furious riposte from human rights activist Drew Pavlou. ‘How dare you try and use my friend Wilson’s death for political gain @LyleShelton,’ Mr Pavlou said, before describing him in an unpublishable way.

Mr Shelton told Daily Mail Australia: ‘I don’t respond to incivility. Several of his (mr Gavin’s) friends, who are also known to me, have expressed gratitude for the support I and others have offered Wilson.’

Mr Shelton has since tweeted that ‘there are many of us who believe the best way to honour (Wilson) & his grieving friends is to back their campaign.’

The petition remains live on the Brisbane City Council website and has more than 3500 signatures. An alternative petition, calling for the event to continue, had a little more than 3900 signatures at the time of publication.

Mr Gavin died on Monday morning, hours following social media blowback over his demonstration. He was housesitting for Liberal senator Paul Scarr, a family friend, over the weekend prior to his death.

Mr Gavin will be laid to rest at a private service. His family released a lengthy letter to the media on Thursday, in a statement hailed on Twitter as ‘brave, respectful and empathetic’.

It can be read in full below.

Official statement from the family of Wilson Gavin

‘To everyone who knew our son and brother and shared their stories of who Wilson Gavin really was – we thank you.

‘To those who have described Wilson as ‘a deeply troubled young man’, including so-called family members – with all due respect – you never knew him.

‘To anyone who is or was angry with Wilson – we know he regularly got the ‘how’ wrong and occasionally got the ‘what’ wrong. This made us angry with him too.

‘To the LGBTIQA+ communities and Rainbow Families Queensland – we love and support you.

‘To young, politically motivated people of all persuasions – we implore you to seek kind and wise mentors who will guide you, and not use you or wash their hands of you when you no longer serve their purposes.

‘To those who are now regretting words said or typed in anger that may have contributed to another person’s suffering – we know and share your pain all too well.

‘To the employees of Queensland Rail and the commuters impacted by our son’s decision to end his life in the way that he did – words cannot express our sorrow for you.

‘To the police and emergency services personnel who have treated us with such dignity and compassion, and work with this type of trauma far too often – you have our deepest respect and gratitude.

‘We loved Wil for his compassion and sense of justice – just some of the many things he got right.

‘We respected the unwavering strength of his convictions and desire to make the world better.

‘And we admired Wil’s drive to contribute, so often in ways not many knew about – like serving at a soup kitchen every Saturday or the year he spent teaching kids in Mongolia. He would regularly give the last note in his wallet to a homeless person on the street.

‘Wil worked tirelessly for causes without personal gain, gratitude, or in some cases, loyalty.

‘We remember him as a devoted and loving son and brother. We will love him, always and will be forever grateful he was part of our family. ‘