Wimbledon and the Australian Open are considering introducing final-set tiebreaks in 2019.

The issue hit the headlines after the six-hour, 36-minute semi-final between Kevin Anderson and John Isner at Wimbledon this year, which Anderson won 26-24 in the final set.

The exhausted South African then lost in straight sets to Novak Djokovic in the final.

An All-England Club spokesperson says the topic will be reviewed and considered as part of the post-Championships debrief at Wimbledon.

Tennis Australia officials have been canvassing opinion at the US Open, including from players, ex-players and coaches, about final-set tiebreaks in the men’s and women’s singles events – and even best-of-five sets versus best-of-three.

The US Open is the only one of the four Grand Slam events to have a final-set tiebreak in singles, though the Australian Open and French Open use it in doubles.

Advocates of the final-set tiebreak believe it will help to extend players’ careers after serious injuries to several of the top names in recent years, and attract new fans to the sport.

The four Grand Slam tournaments are due to hold a scheduled meeting at Flushing Meadows this week.

Anderson, a member of the ATP Player Council, said he felt it was a matter of time before the final-set tiebreak came in. 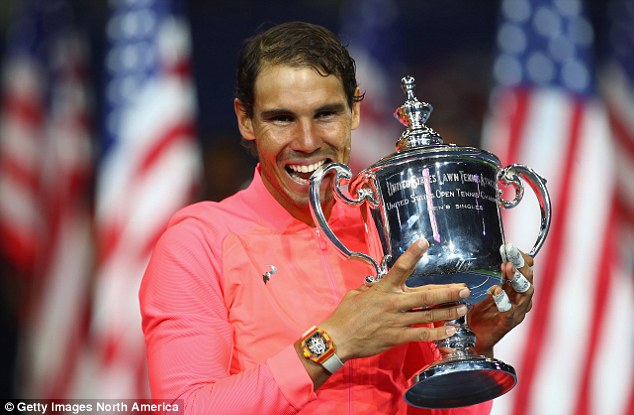 ‘I think Wimbledon are looking at it,’ he said.

‘There are obviously some pros and cons but I have heard that they are discussing it.

‘It will be interesting to see what they come up with. And Australia, potentially, as well.

‘A lot of sports are having to change their formats, there’s a different demographic coming up, so maybe even three-out-of-five-set tennis may have to be looked at, at some point.

‘So I wouldn’t be surprised if at some stage we do get to that (final set) tiebreaker.’

Judy Murray, the mother of Andy and Jamie Murray, said she had been asked about final-set tiebreaks and her preferred format for the game.

‘I prefer best-of-three with a full set for the third set,’ she said.

‘At the end of last year there were so many of the top 10 who were out of action with serious injuries you need to look after that.’

Doubles specialist Jamie Murray told reporters at Flushing Meadows on Sunday he was a big fan of the final-set tiebreak.

‘I think tennis is long enough. If you haven’t sorted the match out by 6-all in the fifth set… the players have played enough tennis, the fans have seen enough tennis, TV’s seen enough of that match, a tiebreak is enough, so it doesn’t get out of control and sort of mess up schedules, mess up players’ next rounds, mess up draws and things like that.’