Wimbledon: Andy Murray will need to be at his best to beat Denis Shapovalov

Young Canadian Denis Shapovalov has little doubt which version of Andy Murray he will be seeing across the net on Centre Court on Friday.

The world No 12 watched the drama unfold on Wednesday night, as the 34 year-old Scot came back from two sets to one down to beat Oscar Otte and set up their third-round meeting.

‘Seeing the last couple of sets, it looked like the old Andy out there,’ said the 22-year-old, who had enjoyed a day off after a walkover. ‘It brought a lot of memories back to me of when he was dominant.’

Murray takes on Shapovalov as part of a double header on the main arena that also features Dan Evans against American Sebastian Korda. Novak Djokovic has been relegated to Court One.

There are several parallels. Two 30-something Brits with huge grass court experience will take on arguably the brightest young prospects North America has to offer.

In true tennis fashion, both of them have had their talents honed by ambitious parents of East European origin.

Murray will be the main event as Wimbledon continues to stealthily morph into a night-time event. The closing stages of his match against the little-known German pulled nearly 7million viewers, even up against Love Island. 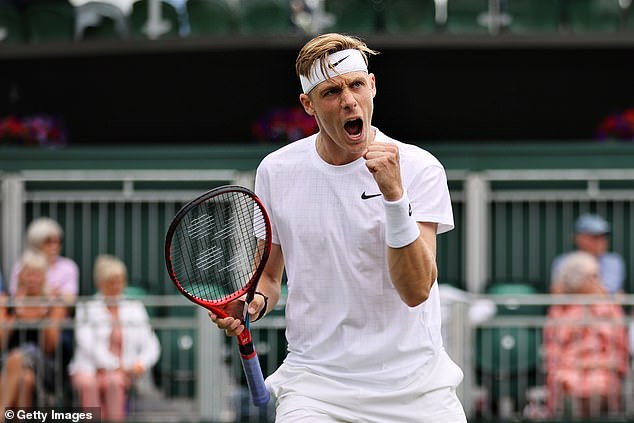 What does the next episode have in store? Shifts galore and potential defeat, if Murray suffers another huge drop in level and lapses into passive ways, partly through fatigue and partly through a lack of matchplay.

Shapovalov is a wonderful strokemaker who can hit winners from anywhere, and it is unlikely he will let his opponent get away with it if Murray drifts off like he did in the first two rounds.

Also, Shapovalov is now a more mature competitor than the one who nearly blinded a line judge when smashing the ball away during a Davis Cup tie four years ago against Great Britain.

He is respectful towards the Scot, yet has played enough big-time matches not to be fazed, saying: ‘To see him moving the way he is now, as a fan of the sport it’s awesome. But I’ve played the top guys a few times. It’s pretty much the same for me as any other opponent.’

The unknown factor is the crowd, and how they can get the blood flowing through the Scot’s veins. There is a tremendous incentive here for all those in action. They are in a part of the draw that is relatively open and all will see a path to the semi-final, almost certainly to play Djokovic. 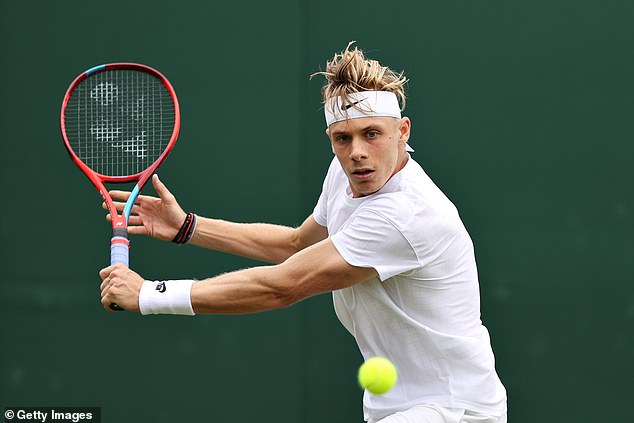 It has been a frustration to Evans that he has yet to make a substantial run at a Grand Slam to back up admirably consistent form on the ATP Tour, which even extends to the clay courts.

The reformed enfant terrible of the British game has made the third round in majors five times, twice at Wimbledon, but never been able to breach the second week. This is an excellent chance to do that against a youthful opponent who has little grass court experience, albeit one who appears to be improving with every match he plays.

In beating 15th seed Alex de Minaur in his Wimbledon debut on Tuesday, Korda, showed why he is confidently predicted to equal or better the feats of his father Petr, the 1996 Australian Open champion who reached No 11.

The 20-year-old is not destined to be the poor relation in a family sporting dynasty which has just seen his sister Nelly become women’s world No 1 golfer, while his other sibling, Jessica, is only 12 places below her. 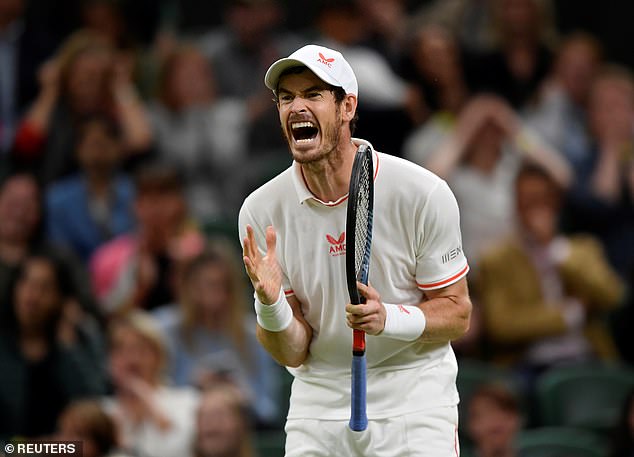 Born and bred in Florida, if there is any doubt about Korda’s upside it might come via him being saddled with expectation in a nation crying out for an authentic male star. That pressure has yet to arrive and for now he seems to be enjoying the upward trajectory.

Evans cannot blow him off the court, but he has the craft of someone who has played 128 professional matches on grass and rare feel in his hands.

If we are talking about pressure, it may come because the 31-year-old Midlander might not have too many more opportunities in front of him — whereas Korda knows they stretch ahead as far as the eye can see.